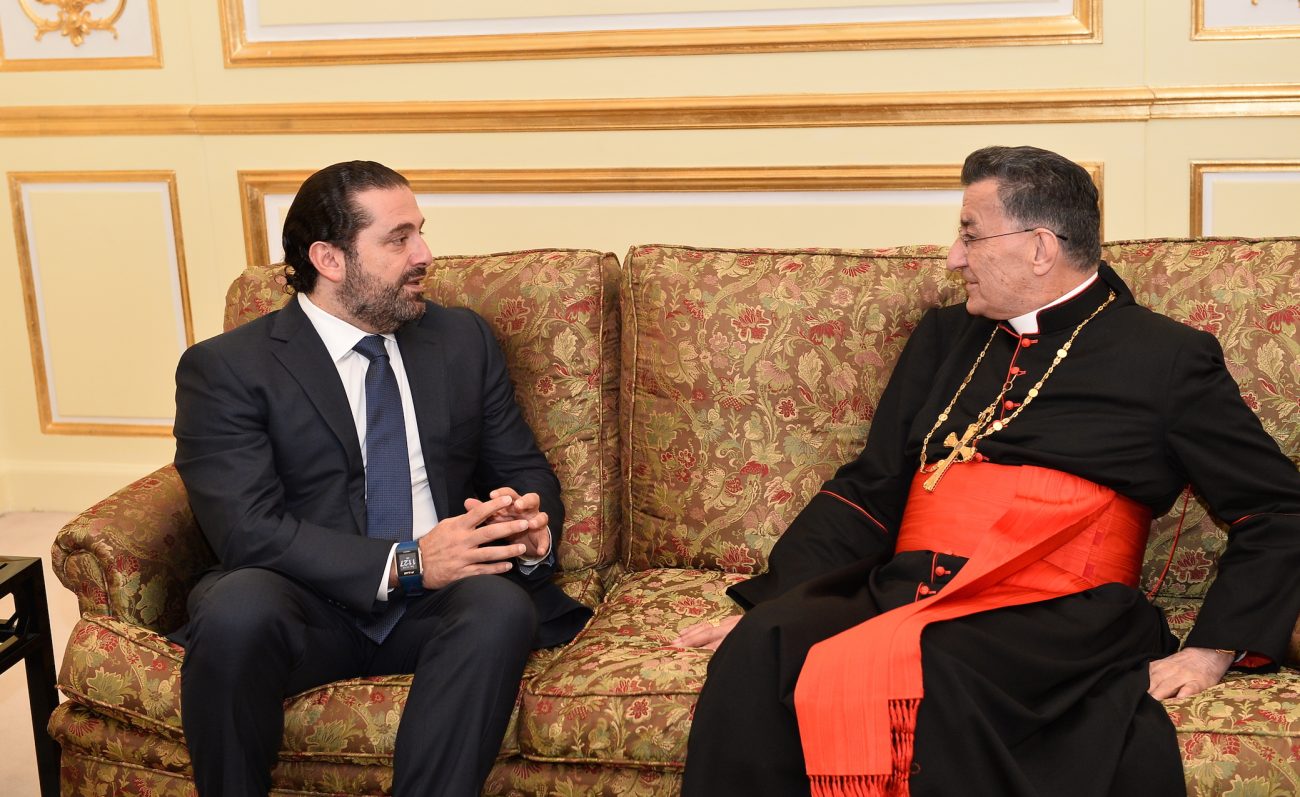 BEIRUT (CNS) — Lebanese Cardinal Bechara Rai, patriarch of Maronite Catholics, concluded a historic visit to Saudi Arabia Nov. 14, the first such visit of a cardinal or Maronite patriarch to the Muslim kingdom that bans the practice of other religions.

The visit came amid turmoil in the Middle East and a new crisis in Lebanon following the surprising resignation of its prime minister, Saad Hariri, announced from Saudi Arabia Nov. 4. The invitation to the Lebanese cardinal from the Saudi king was issued before the prime minister crisis.

Cardinal Rai met with Saudi King Salman and Crown Prince Mohammed bin Salman and separately with Hariri, whose resignation raised speculation in Lebanon that he was being held against his will in Riyadh. In his broadcast resignation, Hariri cited the “grip” of the Iran-backed movement Hezbollah on Lebanon, and also said he feared for his life.

Cardinal Rai, meeting with Lebanese expatriates in Riyadh after his arrival Nov. 13, said, “Despite the crises, the brotherly relationship that gathers Lebanon and Saudi Arabia is always present.” He assured them that “Lebanon will survive as long as Muslim-Christian coexistence is there.”

Speaking to reporters before departing Riyadh for Rome Nov. 14, Cardinal Rai stressed that “nothing can affect the Lebanese-Saudi relations, and this is what we heard today from the Saudi king, crown prince and Prince Bandar. They all maintain their love and support for Lebanon.”

The cardinal described his meeting with Hariri — who also holds Saudi nationality — as “very, very good,” saying that the “prime minister will return to Lebanon in the nearest time possible.”

Referring to a televised interview broadcast from Riyadh Nov. 13 on Hariri-owned Future TV, Cardinal Rai noted that Hariri “has confirmed during his TV appearance that he was ready to renege on his resignation and carry on his mission. He must talk to the president of the republic and the House speaker, as well as with the political leaderships, about the reasons of his resignation.”

“Hariri is ready to carry on serving this nation,” Cardinal Rai added.

On Twitter Nov. 14, Hariri said he is “doing very well” and that he will return to Lebanon within days.

In his homily Nov. 12, ahead of the visit to Saudi Arabia, Cardinal Rai stressed, “For the sake of stability, dignity, sovereignty and civil peace, we hope the prime minister will return, and we hope to restore our national life.”

Lebanon’s sectarian power-sharing system stipulates that the president be a Maronite Catholic, the prime minister a Sunni Muslim and the speaker a Shiite Muslim. Approximately 40 percent of Lebanon’s existing population of about 4 million are Christian. However, the impact of more than 2 million refugees — mostly Sunni Muslims from Syrian — has affected the sectarian balance.

NEXT: ‘Papal’ Lamborghini gift to be auctioned off for charity