‘Papal’ Lamborghini gift to be auctioned off for charity 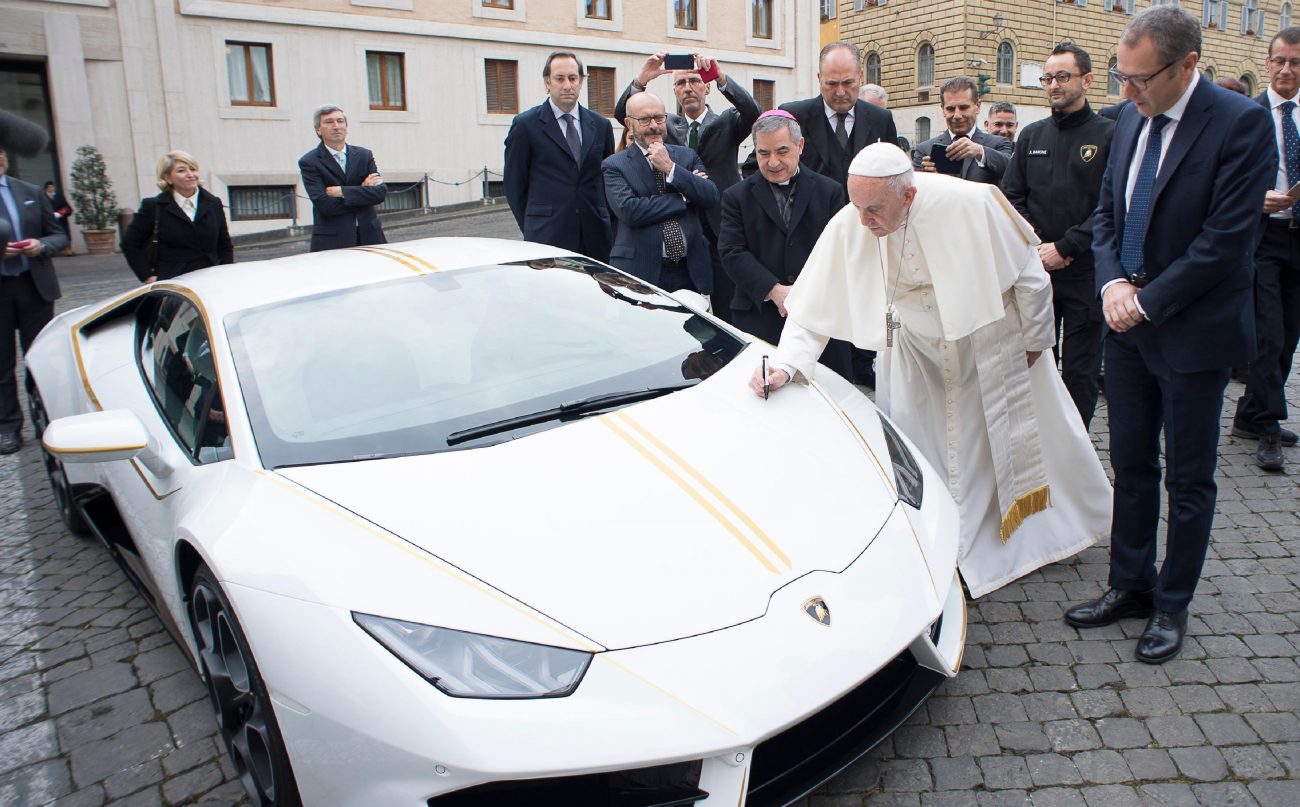 Pope Francis autographs a Lamborghini presented by representatives of the Italian automaker at the Vatican Nov. 15. The car will be a auctioned and the proceeds given to charity. (CNS photo/L'Osservatore Romano)

VATICAN CITY (CNS) — While a Lamborghini would make a stylish popemobile, Pope Francis has decided to auction off the one he was given by the Italian automaker to aid several charities close to his heart.

The pope was presented with a one-of-a-kind white and gold Lamborghini Huracan by the luxury car manufacturer Nov. 15, just before making his way to his weekly general audience in the standard popemobile.

The pope signed and blessed the automobile, which will be auctioned off by Sotheby’s. The proceeds, the Vatican said, will be given to the pope, who already has chosen to fund three projects: the resettlement of Christians in Iraq’s Ninevah Plain; support for women rescued from human trafficking and forced prostitution; and assistance to the suffering in Africa.

Specifically, part of the proceeds from the auction will go to Aid to the Church in Need, a pontifical foundation, which is working to rebuild homes, houses of worship and community buildings that were destroyed by the Islamic State and caused thousands of Iraqi Christians to flee their homes.

The pope also will give funds to: the Pope John XXIII community, an Italian organization that assists women victims of prostitution and human trafficking; and to the International Group of Hand Surgeon Friends to support its projects to provide specialized medical care in Africa; and to the Italian group Amici di Centrafrica, which helps women and children in the Central African Republic.

NEXT: Longing for peace: Pope to preach dialogue in Bangladesh, Myanmar