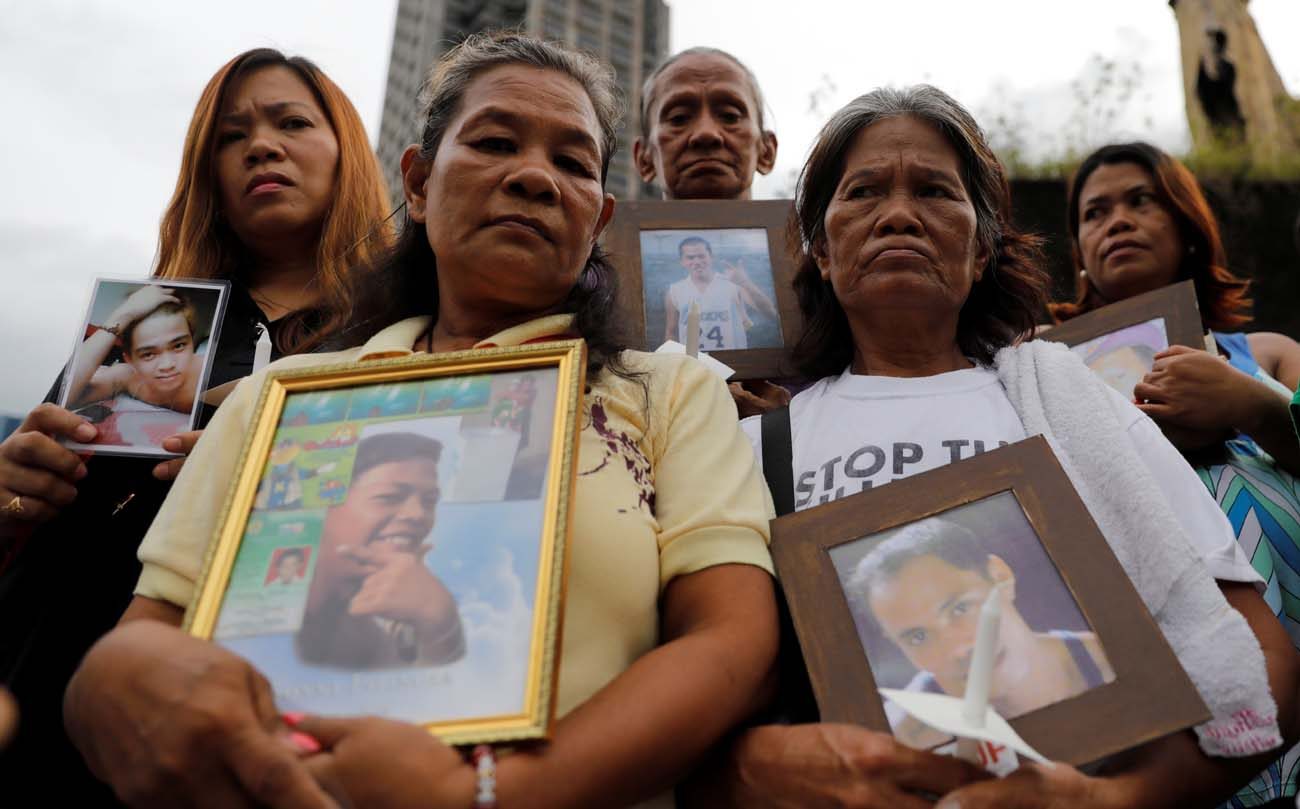 Relatives of victims of extrajudicial killings show portraits of their loved ones during the "Lord, Heal Our Land" Mass Nov. 5 at the Shrine of Mary Queen of Peace in Manila. (CNS photo/Dondi Tawatao, Reuters)

Archbishop Socrates Villegas of Lingayen-Dagupan, outgoing president of the conference, led the “Lord, Heal Our Land” Mass Nov. 5. He called for repentance and an end to the killings and warned that “the journey of healing for the values of our nation turned upside down will be a long journey still.”

In his message at the Shrine of Mary Queen of Peace on EDSA, the avenue where the 1986 peaceful overthrow of the dictator Ferdinand Marcos took place, Archbishop Villegas said clergy, politicians and security forces needed to repent for complacency, ambition for power and instilling fear rather than respect.

“Peace to you in the armed forces and police,” he said in his homily. “Stop the violence and uphold the law.”

Archbishop Villegas called on the faithful to pray the rosary daily until Dec. 8, the feast of the Immaculate Conception. Many churches across the country have been winding down the exercise of tolling bells nightly to remember those killed.

Philippine National Police reported more than 3,900 suspected drug dealers and addicts were killed in the 17 months since President Rodrigo Duterte took office after running on a platform to rid the country of criminals. They said the suspects resisted arrest.

Rights groups and local media have reported 7,000-12,000 deaths as a result of police operations and unexplained killings.

Duterte’s drug war had strong support, with human rights advocates and the church as its most vocal critics. But the deaths in August of three Manila-area teen boys sparked public outrage.

Police tallied 3,000-5,000 protesters who marched against all the killings following the archbishop’s Mass.