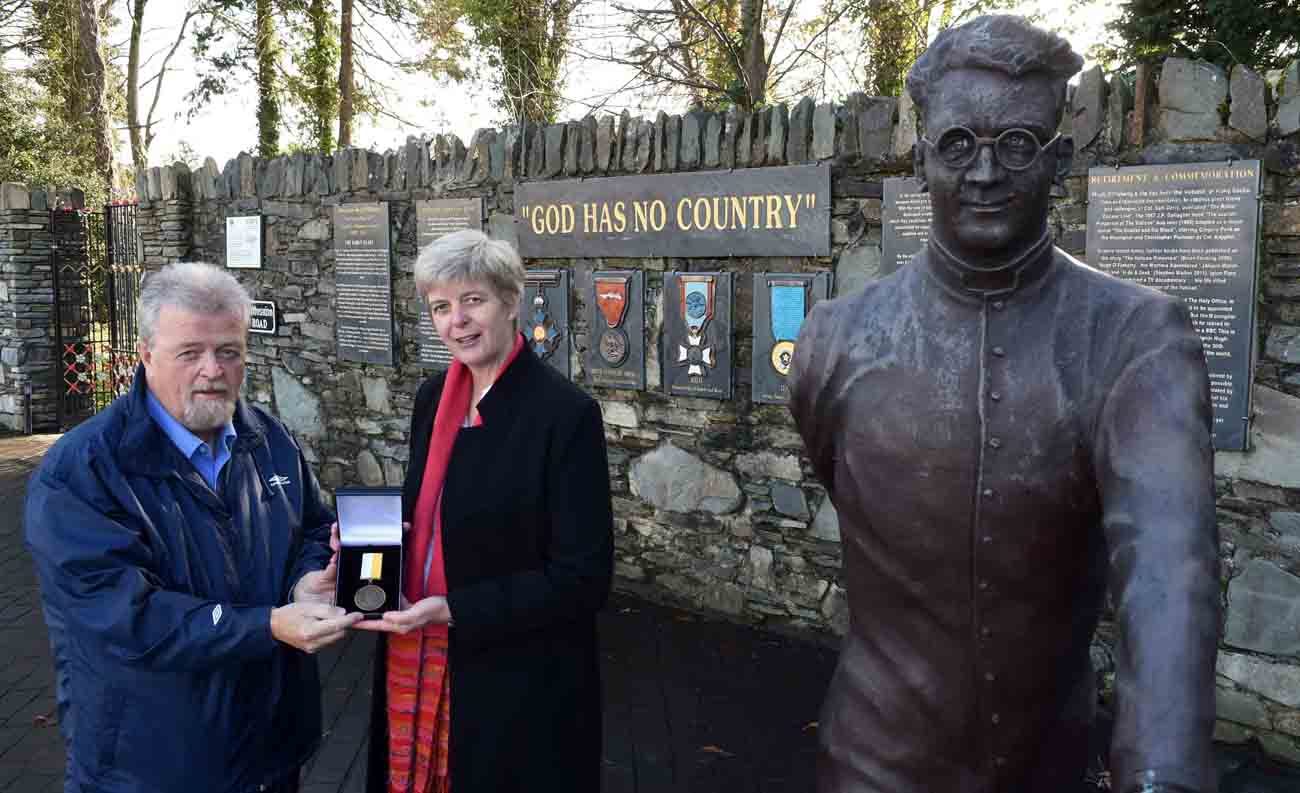 DUBLIN (CNS) — An Irish missionary sister said she will use prize money raised by schoolchildren to help buy medicine for the Loreto Sisters’ health clinic in South Sudan, where 10 percent of babies die before they are 3 months old.

Loreto Sister Orla Treacy was awarded the 2017 Hugh O’Flaherty International Humanitarian Award, which commemorates the Irish priest’s role in saving more than 6,000 Jews and Allied personnel in World War II. This year, for the first time this year, the award was accompanied by a prize of 1,000 euros, (US$1,158), raised by students in Killarney.

Speaking to Catholic News Service in Dublin before returning to South Sudan, Sister Treacy said the money would go toward providing medicine for the Loreto clinic in Rumbek.

Due to the precarious state of the country, the health infrastructure is minimal. Many hospitals are no longer accessible by road due to the fighting.

Sister Treacy told CNS how in Rumbek, “if you go to the government hospital, they usually tell you to bring your own diesel, because if you want to get an X-ray or if you need an operation, they won’t have the diesel for the generator.” Medical personnel struggle to get paid, she said.

“Even if you do get to medical personnel, you need money to pay for the medicines, and then you need to make sure that the medicines are available. This is our rainy season, and during our rainy season a lot of our roads are closed, and we are not able to get access to a lot of medical things. It is a very difficult situation.”

“Even in our community, we can’t pay the workers, because the money keeps losing value every month, so what we agreed with them in January is no longer sustainable in November. We pay them with food and medicines and we treat their children — this is very hard for everybody.”

Accepting the award in Killarney, Sister Treacy noted that, just six years after South Sudan gained independence, the U.N. describes it as the ” most vulnerable country in the world.”

She said the country tops the polls in all the wrong areas. Just 1 percent of girls finish secondary school. Literacy rates are the lowest in the world — just 27 percent of the population is literate, and that is in urban centers, not rural places like Rumbek. Forced marriages of teenage girls, prized for their cattle dowries, are common and result in up to 52 percent of girls being married by age 18.

“We had a population of 12 million people in 2011; today, 2 million are refugees in neighboring countries while nearly 2 million … are internally displaced; more than 6 million are in need of food support.”

The economy collapsed in the wake of the civil conflict that erupted in 2013. Almost 90 percent of the population is unemployed, and the landlocked country has about 125 miles of paved roads in a country 10 times the size of Ireland.

“The people know more of the experience of war than they do of peace. This is our reality,” she said.

She told how one 20-year-old illiterate woman, Kana, who began bringing her brother to their primary school, now works at the Loreto clinic in the morning and is attending adult education classes in the afternoon.

“All we can do is meet every day as a new day and every week as a new week — you just live in the hope that every day you will be able to continue to do what you can do,” she said.