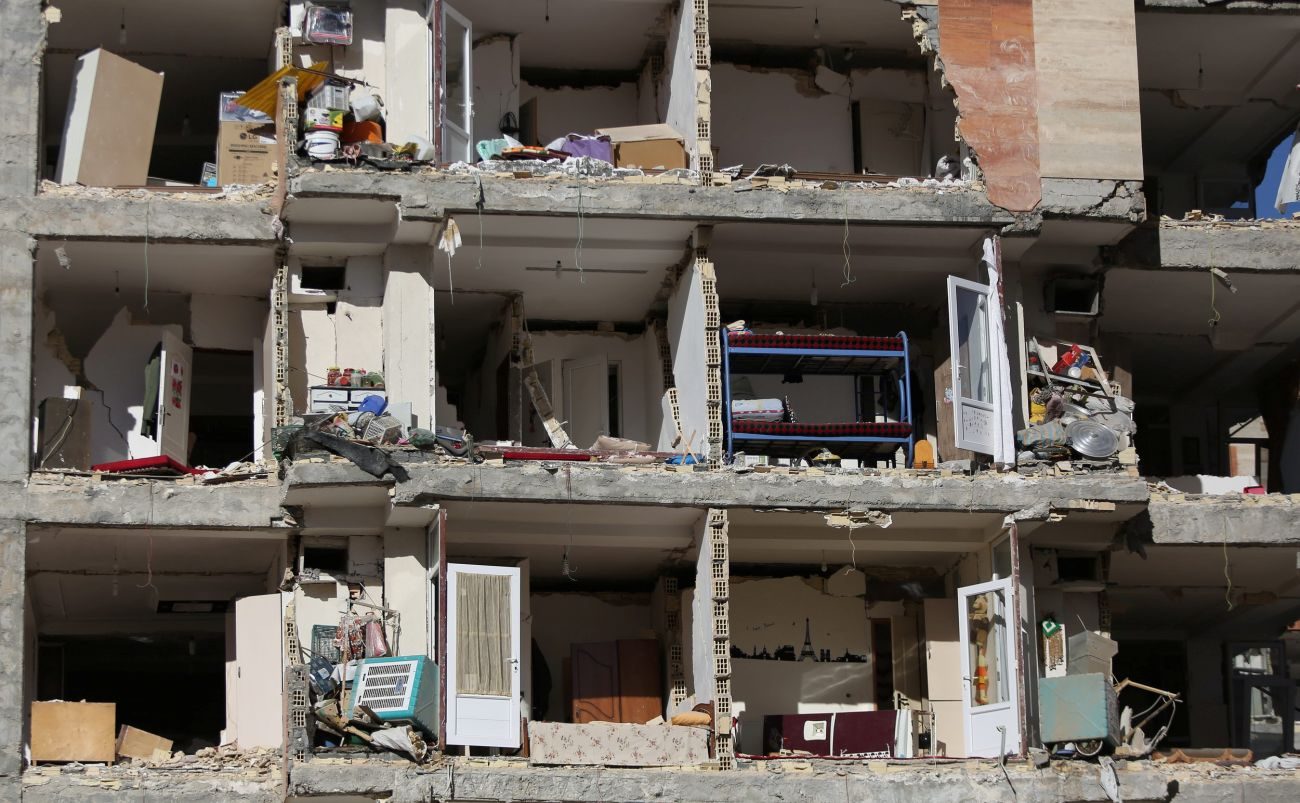 A damaged building is seen following an earthquake in Sarpol-e Zahab, Iran Nov. 13. The Nov. 12 earthquake killed more than 400 people and injured more than 6,000 in Iran and Iraq. (CNS photo/Tasnim News Agency via Reuters)

VATICAN CITY (CNS) — Pope Francis sent messages of condolence to people in Iran and Iraq after a magnitude 7.3 earthquake killed more than 400 people, mostly in Iran.

The pope “assures all affected by this tragedy of his prayerful solidarity,” said the nearly identical messages, released Nov. 13.

“In expressing his sorrow to all who mourn the loss of their loved ones, he offers his prayers for the deceased and commends them to the mercy of the almighty,” said the telegrams, signed by Cardinal Pietro Parolin, Vatican secretary of state.

As he often does in emergencies, Pope Francis also asked for the “blessings of consolation and strength” for first responders and civil authorities.

The U.S. Geological Survey said the Nov. 12 quake was centered 19 miles outside Halabja, Iraq. It was felt as far west as the Mediterranean coast.

The hardest-hit area was Iran’s western Kermanshah province, which sits in the Zagros Mountains that divide Iran and Iraq. The Associated Press reported residents in the rural area rely mainly on farming to make a living.

Caritas MONA, the regional branch of the church’s charitable aid agency in the Middle East and North Africa, sent tweets asking people to join Caritas Iran and Caritas Iraq in prayers for those affected.

“Our thoughts and prayers are with our brothers & sisters in Iraq and Iran following yesterday’s devastating earthquake that hit the border region,” said another tweet Nov. 13.

NEXT: In Turkey, most Iraqi refugees miss school as families await resettlement