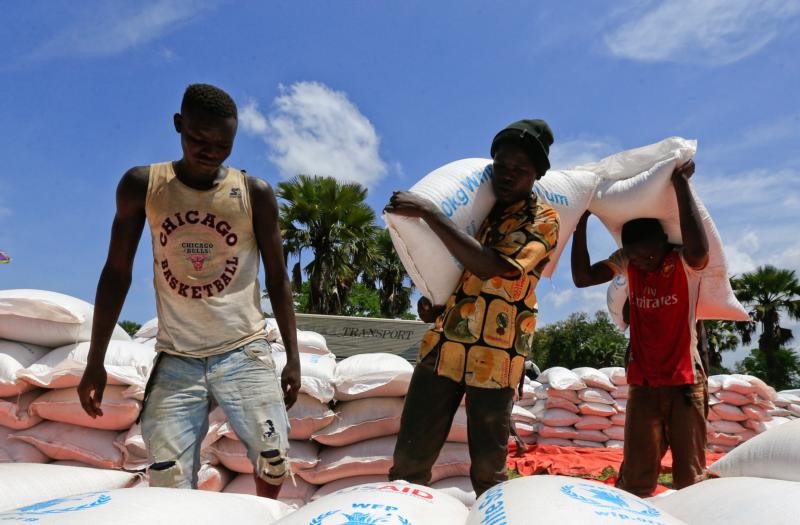 VATICAN CITY (CNS) — Pope Francis’ insistence that he preside at a prayer service for peace in South Sudan and Congo is a clear sign of his support and the support of the church, a missionary sister said.

Sister Yudith Pereira-Rico, associate executive director of Solidarity with South Sudan, said the religious orders organizing the prayer service Nov. 23 asked Pope Francis “to participate in some way and he said, ‘No, I’m presiding.’ So for us, it’s a huge support and also for the people of South Sudan.”

Sister Pereira-Rico, a member of the Congregation of the Religious of Jesus and Mary, spoke at a Vatican news conference Nov. 16 to announce the prayer service as well as a roundtable discussion in January on building peace in the two suffering African nations.

The goal of both events “is to show that peace is possible and we can do it together,” she said.

Solidarity with South Sudan is an international network of religious congregations that was formed to train primary school teachers, health care workers, pastoral agents and sustainable farmers from all ethnic groups in country with the hope they would learn tolerance and reconciliation along the way.

Also present at the news conference were: Franciscan Sister Sheila Kinsey, coordinator of the Justice, Peace and Integrity of Creation Commission of the international unions of women’s and men’s religious orders; Michel Roy, secretary general of Caritas Internationalis; and priests from Congo and South Sudan.

Sister Pereira-Rico said the prayer service and the roundtable discussion were a response to a request by Bishop Erkolano Lodu of Yei, president of Caritas South Sudan, to “please organize something for us. Tell the world what’s happening here. People need to know the suffering of the people.”

“For the people of South Sudan, we know that it is the biggest support they can get, the involvement of the church and Pope Francis,” Sister Pereira-Rico said.

PREVIOUS: Care for the dying does not mean obstinately resisting death, pope says