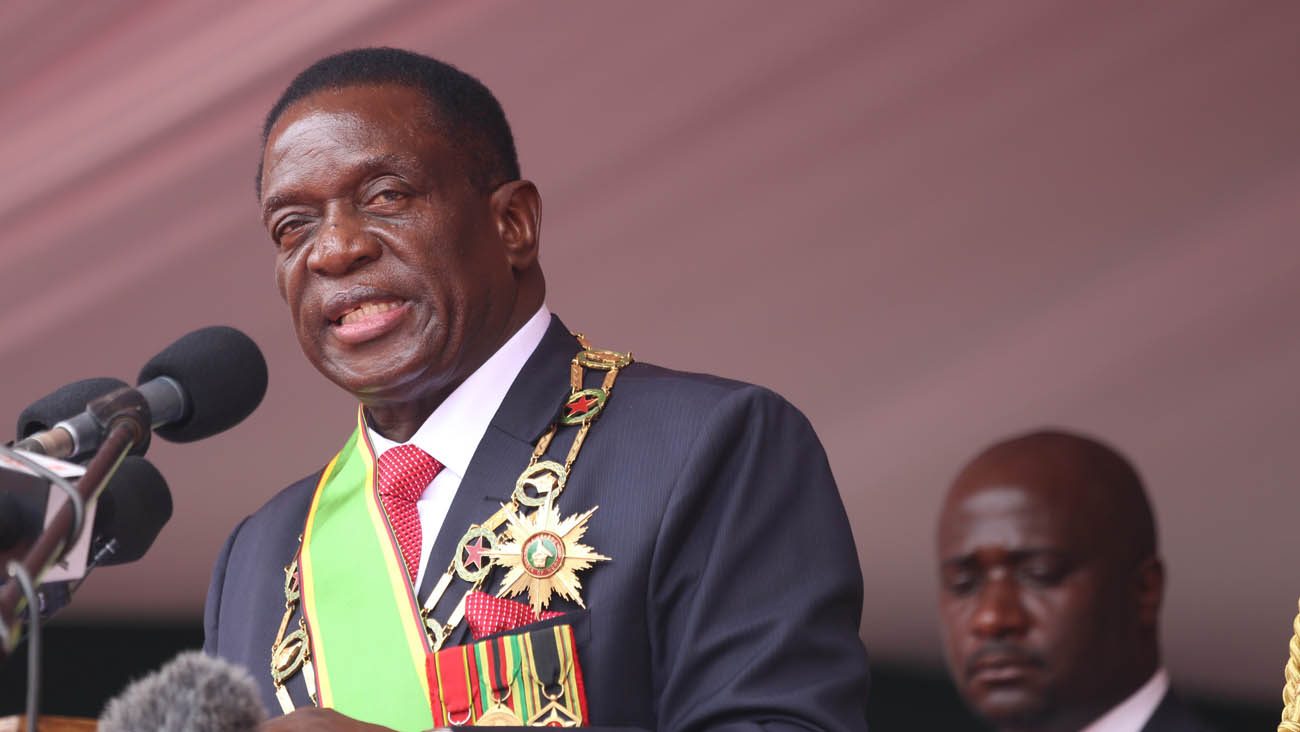 HARARE, Zimbabwe (CNS) — All Zimbabweans should have a voice in the country’s governance following Robert Mugabe’s 37-year presidency, and the new government should embrace diversity, Zimbabwe’s bishops said.

Congratulating President Emmerson Mnangagwa, whose Nov. 24 inauguration followed a de facto coup, the Zimbabwe Catholic Bishops’ Conference also thanked 93-year-old Mugabe for “the good work he did for Zimbabwe during the liberation struggle” against white rule and as president.

“We forgive him for any shortcomings during his long tenure of office,” the bishops said in a Nov. 26 pastoral statement.

Addressing all Zimbabweans, the bishops said, “We thank God and congratulate you as a nation for displaying a high standard of maturity in the recent tensions” in the southern African country.

“We thank you all for your peaceful conduct, tolerance and cooperation during the military-assisted transition,” they said.

Mugabe resigned Nov. 21, a week after Zimbabwe’s army seized control of the government. Hundreds of thousands of people took to the streets in the capital, Harare, to celebrate.

The bishops said the goals of economic recovery and electoral reforms must be achieved before the general elections, scheduled for 2018.

Mugabe’s policies are widely blamed for Zimbabwe’s economic decline over the last two decades. Millions of economic refugees have left the country, with most going to South Africa.

The country’s churches can facilitate dialogue “with the aim of harnessing collective will and support in ensuring Zimbabwe pursues a renewed path to peace, unity, progress and prosperity,” they said.

“Let us as one family continue to pray for peace and a just outcome to the present situation,” they said.

In an early November joint statement, the bishops’ conference and the Zimbabwe Council of Churches said the country’s politics had become “poisonous, and there is no more civilized debate in our institutions.” Political opposition was treated as treachery by Mugabe’s government, they said.

NEXT: Indian Catholics sorry that papal invitation never came through