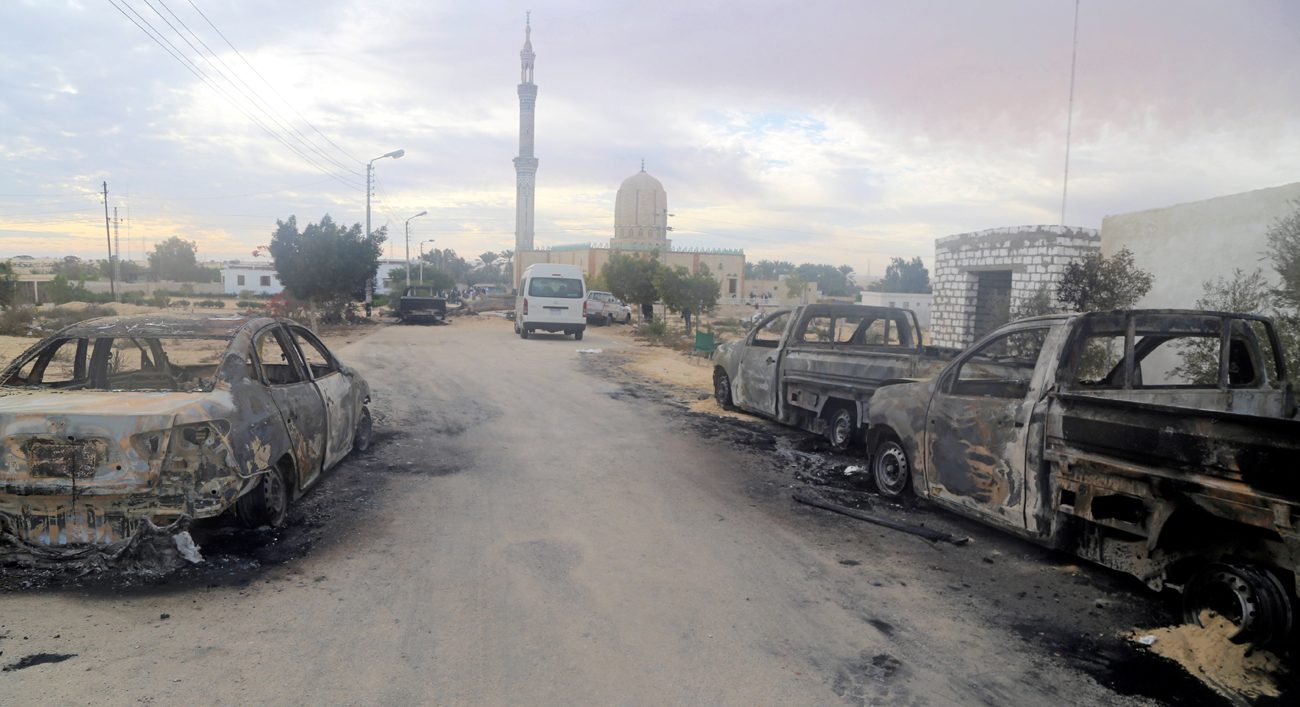 VATICAN CITY (CNS) — Pope Francis led pilgrims in prayer for the victims of a bombing at a mosque in Egypt’s northern Sinai region.

“May God deliver us from these tragedies and sustain the efforts of all those who work for peace, harmony and coexistence,” the pope said after reciting the Angelus on the feast of Christ the King, Nov. 26.

The president of the U.S. Conference of Catholic Bishops was among other Catholic leaders who condemned the attack, calling it a “monstrous terrorist attack on innocent people at prayer.”

The Nov. 24 attack took place at the Al-Rawdah Mosque in Bir al-Abd.

More than 300 people, including two dozen children, were killed when at least 40 attackers detonated a bomb, then gunned down worshippers as they fled. More than 120 others were wounded in what is being described as the deadliest modern-day attack in Egypt’s history.

The Egyptian prosecutor’s office said it believed the attack was coordinated by Islamic State militants and was targeting Muslims who practice Sufism, or Islamic mysticism. 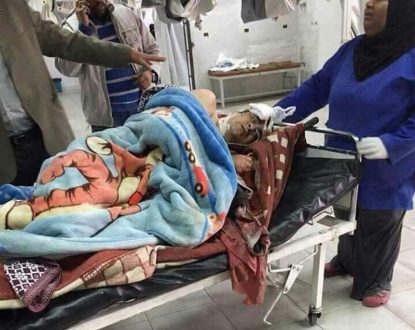 An image taken with a mobile phone shows a victim being taken care of Nov. 24 in a hospital in Ismailia, Egypt, after a bomb attack at Al-Rawdah Mosque in Bir al-Abd, Egypt. (CNS photo/EPA)

Remembering the victims and the wounded, Pope Francis called on Christians to pray for those who were “so severely affected” by the attack that occurred during prayers at the mosque.

“Those people, in that moment, prayed. We, too, in silence, pray for them,” he said.

Following news of the bombing, Cardinal Pietro Parolin, Vatican secretary of state, said the pope was “profoundly grieved” by the loss of life and condemned the attack as a “wanton act of brutality directed at innocent civilians gathered in prayer.”

Pope Francis, Cardinal Parolin wrote, “joins all people of good will in imploring that hearts hardened by hatred will learn to renounce the way of violence that leads to such great suffering, and embrace the way of peace.”

In Washington the day of the attack, Cardinal Daniel N. DiNardo of Galveston-Houston, USCCB president, said: “Terrorist acts can never be justified in the name of God or any political ideology, and the fact this attack took place at a mosque, a place of worship, is especially offensive to God.”

“The Catholic Church in the United States mourns with the people of Egypt at this time of tragedy, and assures them of our prayerful solidarity,” Cardinal DiNardo said in a statement.

“We join with all those of goodwill in prayer that these acts of terror and mass killings — these acts of grave evil — will end and will be replaced with genuine and mutual respect for the dignity of each and every person,” he said.

In a televised address, Egyptian President Abdel-Fattah el-Sissi said the attack was “an attempt to stop us from our efforts in the fight against terrorism, to destroy our efforts to stop the terrible criminal plan that aims to destroy what is left of our region.”