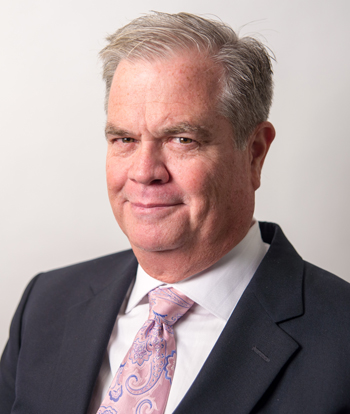 Andrew McLaughlin, secretary for elementary education of the Archdiocese of Philadelphia.

Andrew McLaughlin has been named the secretary for elementary education for the Archdiocese of Philadelphia, the Office for Catholic Education announced Dec. 20.

The new position succeeds that of superintendent for elementary education in order to “provide more focus and attention to issues impacting parish and regional Catholic elementary schools,” the archdiocese said in a statement.

A 13-member committee of archdiocesan officials, school principals and members of the archdiocesan Executive Board of Elementary Education engaged in a nationwide search to fill the restructured the position.

McLaughlin will begin his new role in February 2018. He transitions from his current position as director of special education for the archdiocese.

He has worked for more than three decades as a teacher, principal and administrator, and has been an advocate for special education. He joined OCE three years ago “to develop and manage plans aimed at enhancing special education practices in Catholic elementary and secondary schools,” read the statement.

Since that time McLaughlin has had “the privilege of visiting many of our schools,” he said. “I’ve come to know and admire the strong dedication of our principals, faculty and staff as well as our supporters. In this new role, I look forward to continuing to work collaboratively with staff in the Archdiocesan Pastoral Center, the education leadership team and the Executive Board of Elementary Education to face 21st century challenges and achieve the shared goals that we all value as Catholic educators.”

McLaughlin previously served as principal of Pocopson Elementary School in the Unionville-Chadds Ford School District. He holds a doctorate with a Superintendent’s Certificate from Widener University, a master’s degree in education from La Salle University and certifications from Pennsylvania State University.

A lifelong Catholic, McLaughlin is a product of Catholic schools in the archdiocese. He resides in West Chester and is a member of St. Maximilian Kolbe Parish.

Auxiliary Bishop Michael Fitzgerald, who oversees Catholic education in the archdiocese, said McLaughlin’s appointment “marks an important milestone for Catholic schools in the archdiocese as a critical step has been taken toward the goal of more dedicated support for elementary education.”

The bishop was grateful to the search committee for identifying “the best candidate to serve as secretary,” he said. He was confident that McLaughlin’s “professional expertise and commitment to our faith will allow us to foster ever greater academic excellence underscored by the Catholic identity that is unique to our schools. Under his guidance, the future of Catholic elementary schools will be a bright one.”

NEXT: Filipino tradition of ‘novena’ of Masses becoming popular in Phila.