Advent: liturgical season with two parts and tools to help 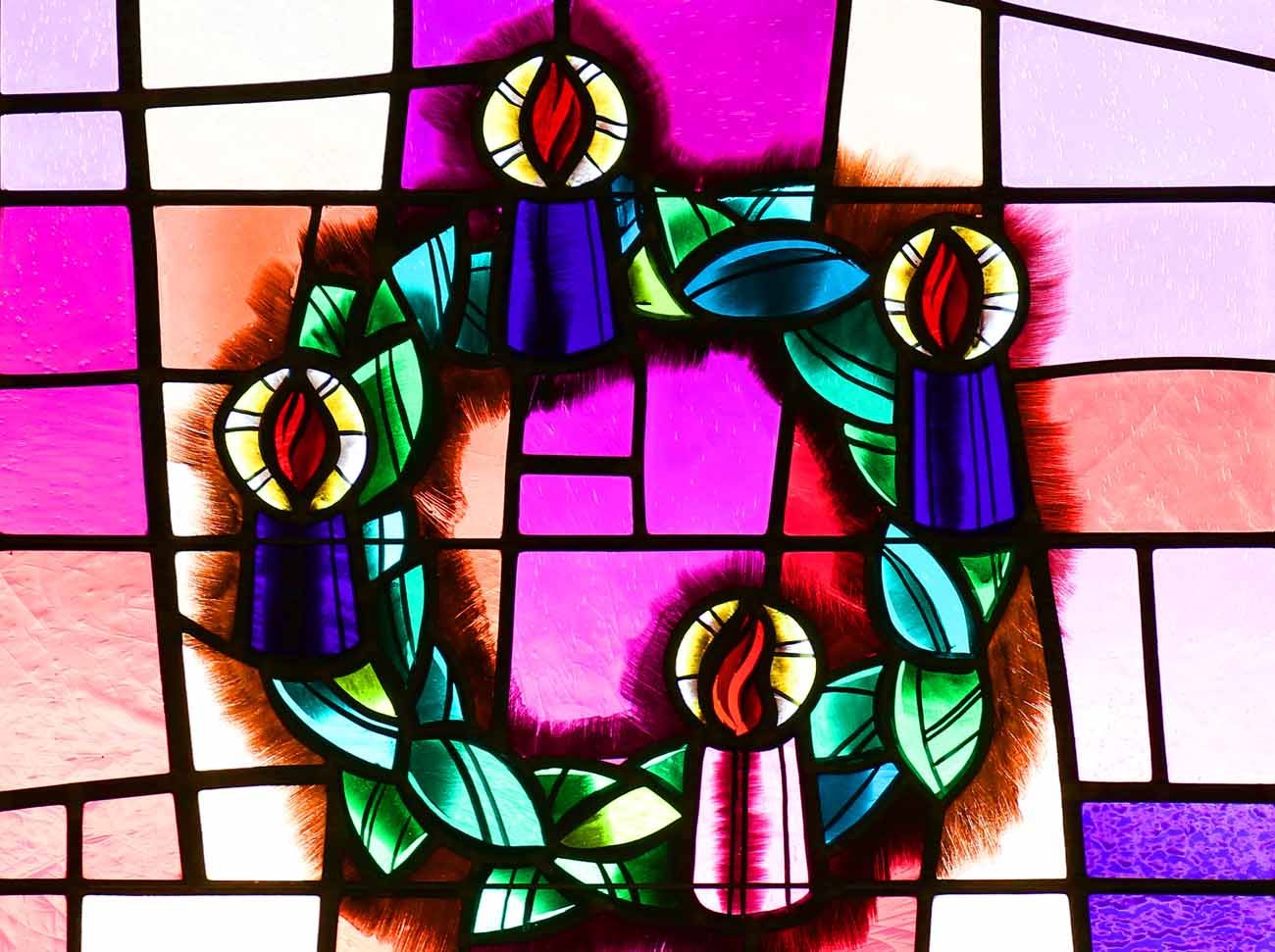 An Advent wreath is depicted in a stained-glass window at Christ the King Church in Commack, N.Y. Advent, a season of joyful expectation before Christmas, begins Dec. 3 this year. The Advent wreath, with a candle marking each week of the season, is a traditional symbol of the liturgical period. (CNS photo/Gregory A. Shemitz)

WASHINGTON (CNS) — While most Catholics know the season of Advent is roughly four weeks before Christmas, they might not know it has two parts.

Technically, Advent, the time of preparation before Christmas, begins on the Sunday that falls on or closest to Nov. 30 — which this year is Dec. 3 — and ends on Christmas Eve.

But right in the middle, Dec. 17, Advent changes gears.

Jesuit Father Bruce Morrill, the Edward A. Malloy professor of Catholic studies at Vanderbilt University Divinity School in Nashville, Tennessee, said that up until Dec. 17, the tone of Advent is anticipating Christ’s second coming, which is particularly reflected in the Mass readings from the Old and New Testaments. Other prayers in the Mass those first weeks also are about the second coming.

But by Dec. 17, the emphasis shifts to Jesus’ birth, which is why Father Morrill said when he was young, his family began their Christmas decorating at this time. This also is when some people start singing or listening to Christmas carols.

Timothy Brunk, an associate professor of theology and religious studies at Villanova University, outside of Philadelphia, explains the breakdown of Advent this way: “Christ who has come is also coming. Advent, like Christmas, looks back but also looks forward.”

He said in an email to Catholic News Service that even though Advent is about preparation for Christmas, it also is about “assessing how one has welcomed the Christ who has come and one’s readiness for the Christ who is coming.”

The third Sunday of Advent is called “Gaudete” Sunday (Latin for “rejoice”) when the Advent candle and priests’ vestments are pink or rose. “This is the church’s way of further heightening our expectation as we draw ever nearer the solemnity of Christmas,” according to resource material provided by the U.S. Conference of Catholic Bishops on Advent and available at http://www.usccb.org/prayer-and-worship/liturgical-year/advent.

This year, the USCCB resources include liturgical notes on the season and prayers and blessings for it. It also offers printable bilingual Advent calendars including one specifically for families with daily suggestions for prayers and activities to prepare for Christmas such as making a Jesse Tree, blessing the family Nativity or taking time to learn about Advent traditions around the world.

Advent calendars have a special appeal, Father Morrill said, because everyone loves a countdown.

And Paulist Father Larry Rice, director of the University Catholic Center at the University of Texas at Austin, said Advent calendars range from those with daily Scripture verses to daily chocolate and even whiskey treats. The point is, Advent is about “waiting and joyful anticipation,” he said.