After terrorism attempt, Trump calls for end to immigration programs 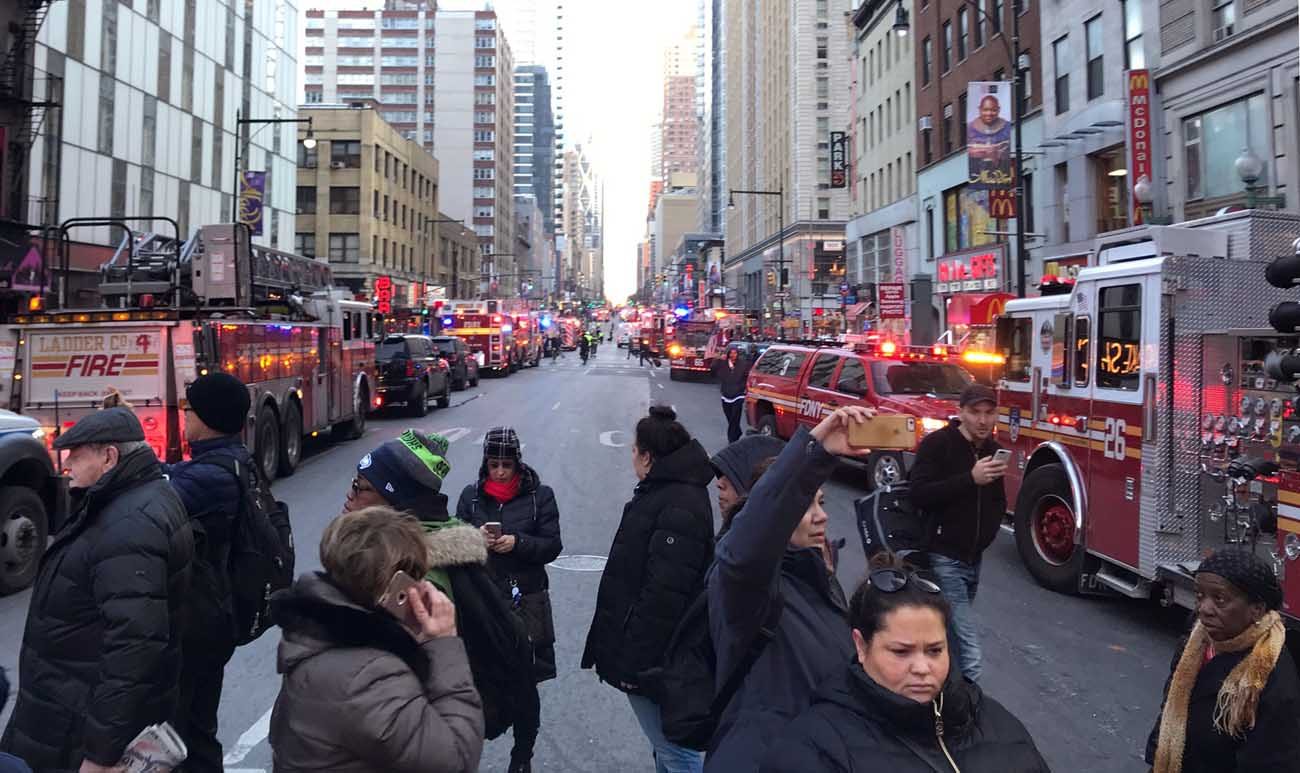 Police and fire crews block off the streets near the New York Port Authority in New York City Dec. 11. A man with a pipe bomb strapped to his body with Velcro and zip ties set off the crude device in the subway near Times Square, injuring himself and three other people at the height of the morning rush hour. (CNS photo/Edward Tobin, Reuters)

WASHINGTON (CNS) — While many Catholics took to social media asking for the intercession of Our Lady of Guadalupe in the life of migrants who have come to the U.S. seeking a better life, President Donald Trump called, on Dec. 12, her feast day, for an end to two immigration programs.

“We’re going to end both of them … we’re going to end them fast,” Trump said as he spoke of ending the diversity visa program, popularly known as the visa lottery, and also a program that grants visa preferences to relatives of U.S. citizens or residents.

Two immigrant men who came legally into the U.S. through those programs have recently been accused of domestic terrorism.

“There have now been two terrorist attacks in New York City carried out by foreign nationals here on green cards,” Trump said, a day after authorities arrested an immigrant from Bangladesh in New York, who police say strapped a pipe bomb to his body and tried to detonate it in a subway station at the height of the morning rush hour in New York.

Authorities say Akayed Ullah, the suspect in the Dec. 11 subway attack attempt, entered the U.S. in 2011 through a family-based visa program that gives preference to relatives of U.S. citizens and to some relatives of lawful permanent residents.

The second case Trump referenced involves Sayfullo Saipov, a 29-year-old who came to the U.S. in 2010 from Uzbekistan using a diversity visa, and who is now facing almost two dozen federal counts after eight people died and dozens were injured in late October after he allegedly drove a pickup truck down a bicycle path, running them over near the World Trade Center in New York.

Though Trump has made demands to stop the two programs before, Congress has not acted on legislation to end them.

Some have accused Trump of exploiting the attacks to drive up fears among the U.S. population against immigrants as he warns of the dangers of “chain migration,” which the American Immigration Lawyers Association and other organizations call a “pejorative term” used to describe the process of family members sponsoring a relative from their country of origin to the country where the family member resides.

When asked during a Dec. 12 press briefing whether there was any data to support the claim that immigrants who entered the country via the visa lottery were more susceptible to “radicalization,” Francis Cissna, director of U.S. Citizenship and Immigration Services, said “no.” But Cissna said the country needs to be more selective of immigrants allowed to come into the U.S. because otherwise “bad guys can come in.”

Catholic organizations used the feast day as a “day of solidarity” with migrants, many of them calling for their welcome and for laws to help them.

The U.S. Conference of Catholic Bishops used the feast day to ask for prayers for migrants and for action, urging others to “voice your support for young people in our communities who are facing an uncertain future because of the recent end (to) the Deferred Action on Childhood Arrivals (DACA),” and contacting Congress, urging action to protect them.

The USCCB also asked that others share Our Lady of Guadalupe’s “message of Christ’s love for migrants and vulnerable people.”

The Ignatian Solidarity Network marked the day by launching its “campaign for hospitality,” inviting Catholics to “promote a culture of hospitality toward those who migrate.”

NEXT: ‘Let tree stand,’ but don’t forget to prepare for Christ, cardinal says