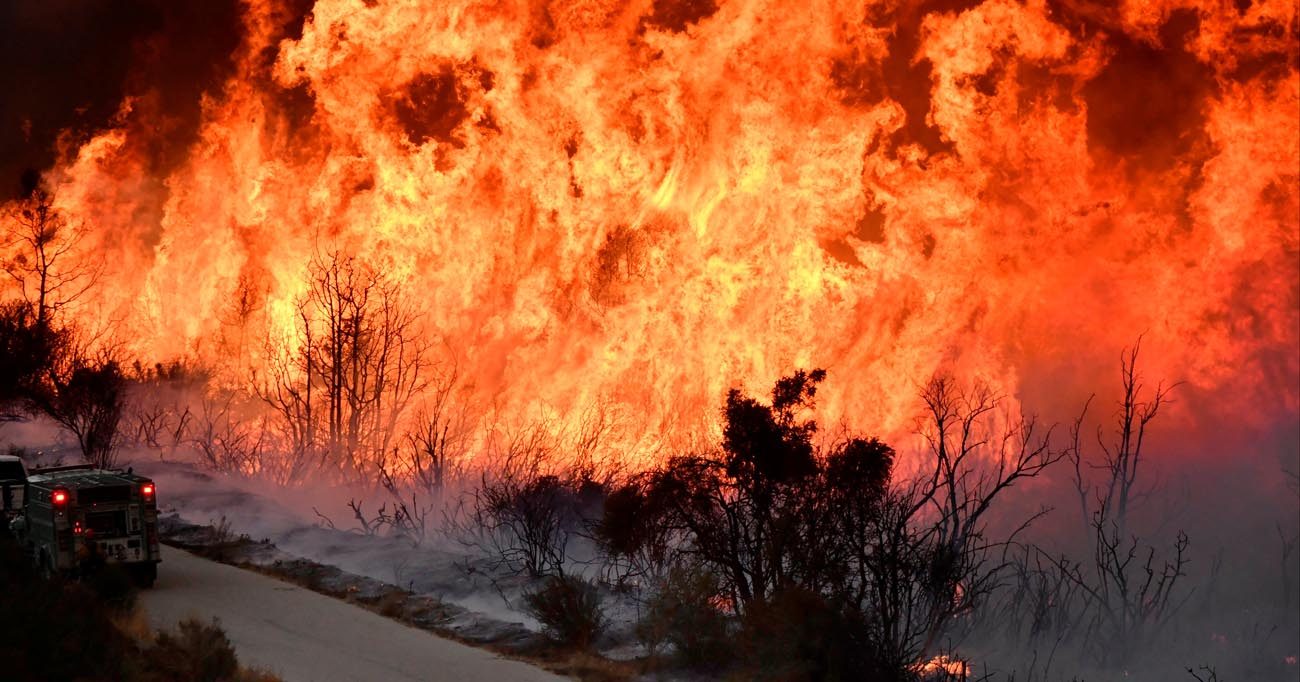 WASHINGTON (CNS) — Franciscan friars from a historic mission were among the thousands of residents who evacuated, seeking shelter during a spate of wildfires that threatened California in December.

A group of 27 friars from Mission San Luis Rey in Oceanside, California, voluntarily evacuated late Dec. 7 as winds kicked up during a wildfire in their area that burned through 4,000 acres, destroying 157 structures and damaging 64 others, according to news reports.

No part of the 220-year-old mission, part of the Franciscan Province of St. Barbara, was damaged, said Brother John Kiesler during a Dec. 12 phone interview with Catholic News Service. The mission, founded in 1798 and a National Historic Landmark, has a theology school, a cemetery, a parish that serves 5,000 families, as well as a retreat center, Brother Kiesler said.

“We smelled the smoke, but we never really saw flames,” he said. “It (the fire) was only a couple of miles away. The real danger was we’re located maybe a mile and half from San Luis Rey River, which has a little bit of water in it but is surrounded by old trees. The worry is the flames were going to come straight up that river.”

With 27 friars to evacuate, including about six elders, and 40-mph wind gusts, the community decided it was best to seek shelter at nearby Oceanside High School and “just camped out all night,” said Brother Kiesler.

“We, of course, took care of the Eucharist,” before leaving the mission, he said. “The guys consumed the Eucharist just to make sure.”

At the shelter, some of the friars spoke with the area’s residents, including some of the hundreds who’d faced mandatory evacuation.

“You just listen,” said Brother Kiesler, about the time the friars spent talking to the displaced. “Mostly, people, they didn’t know whether their house or trailer park was still standing.”

The friars fared better than others and were able to return home the next day.

“Thanks be to God, that evening, the winds died down and (firefighters) were able to at least stop its advance. Friday morning, we came home,” he said.

Though no fatalities were reported from the fire, known as the Lilac fire and centered in nearby Bonsall, the Los Angeles Times reported Dec. 9 that 46 horses died and some remain missing in a nearby thoroughbred training facility. As of Dec. 13, authorities say it is 95 percent contained.

Considering what happened to other Californians, including those involved in the bigger cluster of fires near Los Angeles to the north, the smell of smoke the friars faced when they arrived home was of no consequence, Brother Kiesler said.

“You could smell the smoke, but what the heck, nobody was hurt,” he said. “We were blessed.”

PREVIOUS: Bishop Luong dies; he was ‘a blessing’ to Vietnamese Catholics in U.S.

NEXT: After terrorism attempt, Trump calls for end to immigration programs