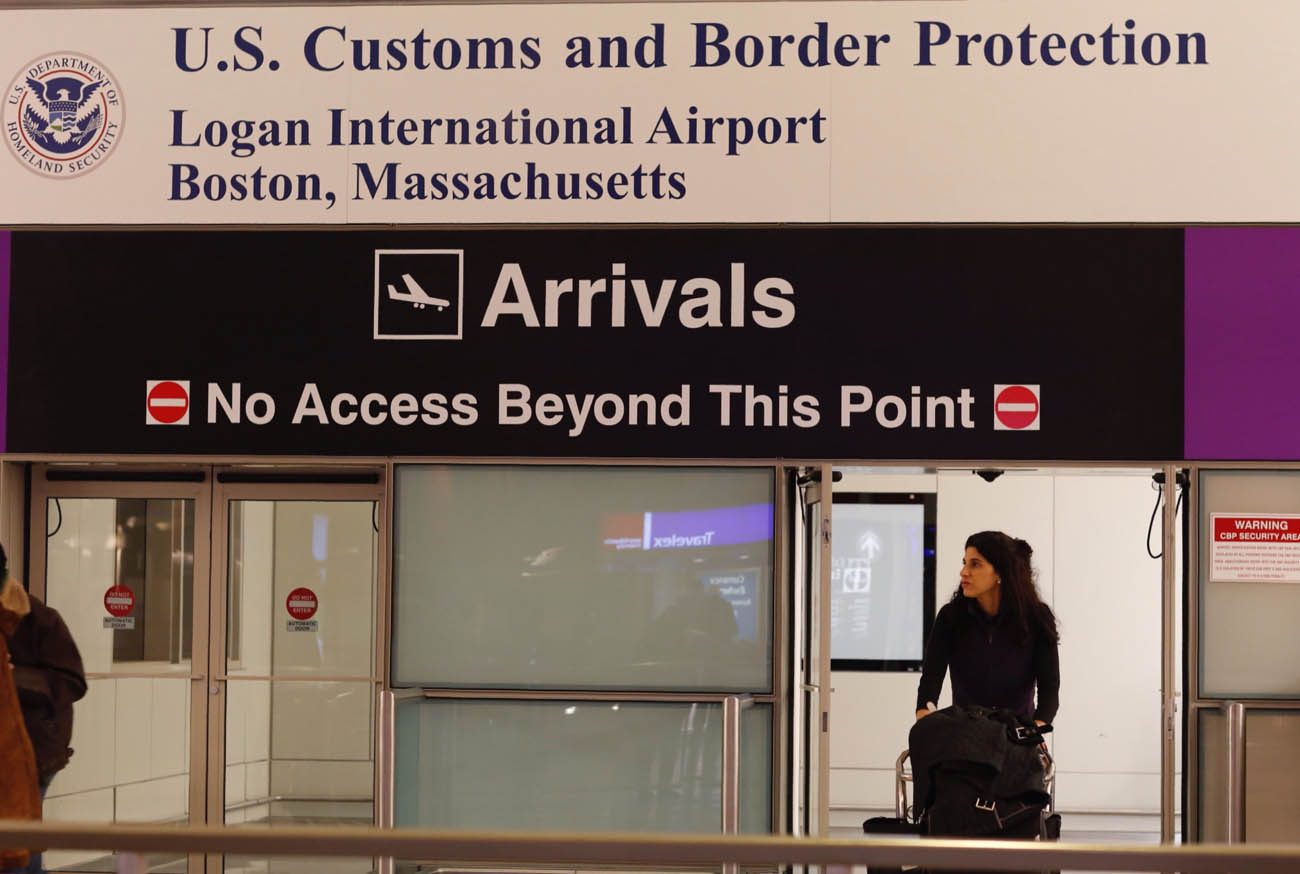 A passenger arrives through the U.S. Customs gate Dec. 4 at Logan International Airport in Boston. The Supreme Court will allow the latest version of President Donald Trump's travel ban to take effect while the legal fight over it winds through the lower courts. (CNS photo/CJ Gunther, EPA)

WASHINGTON (CNS) — The U.S. Supreme Court said Dec. 4 that President Donald Trump’s travel ban restricting entry into the United States by nationals from some countries can be fully implemented while legal challenges to the ban work their way through the lower courts.

In a brief unsigned order, the high court stayed a preliminary injunction on implementation of the ban, granting the Trump administration’s request to allow its latest ban, released in late September, to go into effect. The order also urged the two appeals courts with cases before them to render “with appropriate dispatch” a decision on whether the ban is constitutional.

Justices Ruth Bader Ginsburg and Sonia Sotomayor “would deny the application,” according to the order.

The Supreme Court’s order means that the Trump administration can fully carry out the ban — which is now in its third iteration. It currently restricts travel to the United States from eight nations, six of them predominantly Muslim. Most citizens of Iran, Libya, Syria, Yemen, Somalia, Chad and North Korea will be barred from entering, along with some Venezuelan government officials and their immediate family.

A friend-of-the-court brief filed on behalf of the U.S. Conference of Catholic Bishops in mid-September said the travel ban was “cruel and inhumane treatment” and that “denying refugee children life-saving entry to the United States based on an executive order clearly motivated by anti-religious bias, is both un-Catholic and un-American.”

“We are not surprised by today’s Supreme Court decision,” a White House spokesman said Dec. 4, calling the ban “lawful and essential to protecting our homeland.”

Trump administration officials say the restrictions are necessary because the nations on the list have either refused to share information with the U.S. government or have not taken necessary security precautions. They said, however, that these countries can be taken off the list if they meet certain conditions.

Before the circuit courts are legal challenges to the ban from Hawaii and Maryland, respectively. The Trump administration had asked the Supreme Court to allow the ban to be implemented, rather than held up while the courts considered these lawsuits.

PREVIOUS: No dispensation for this year’s Christmas Mass on Monday