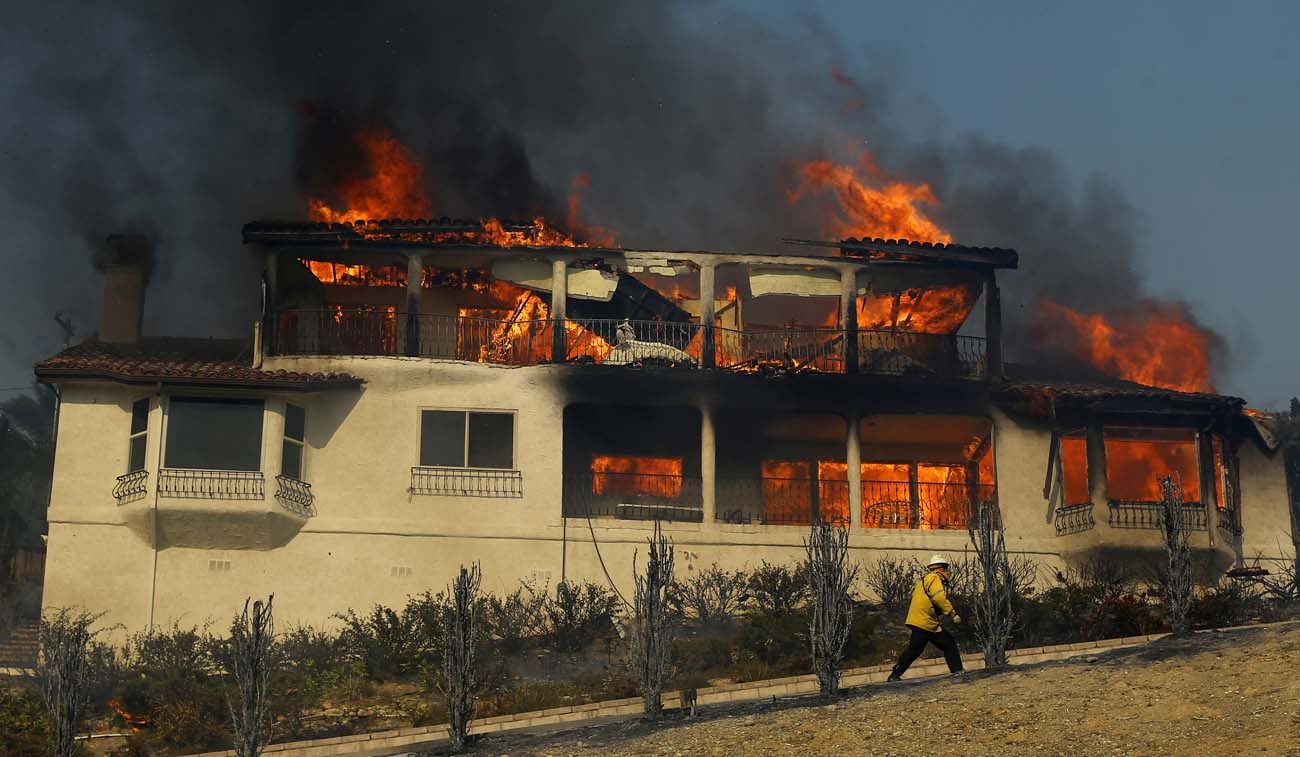 News reports said that flames prompted evacuation orders for nearly 200,000 people, destroyed nearly 200 homes and remained mostly out control as of early Dec. 6. To date, officials had reported no fatalities.

On Twitter, Los Angeles Auxiliary Bishop Robert E. Barron said the fires in Ventura County, which is in his pastoral region, had alone forced 30,000 people to evacuate. Known as the Thomas Fire, it erupted northwest of downtown Los Angeles.

Among the evacuees in Ventura County were students and faculty at Thomas Aquinas College in Santa Paula. The fire destroyed 50,500 acres as it nearly reached the Pacific Ocean the night of Dec. 5. It had started a day earlier about 30 miles inland, according to news reports.

“The flames in the surrounding area — which, at one point, came up to the very edge of the campus access road — have subsided,” it said Dec. 5, noting there was extensive damage to trees and brush and minor damage to a patio area, but “no major structures have been harmed.”

“The danger to the campus seems to have passed, but the roads remain closed and power has yet to be restored. Classes are, therefore, canceled for the remainder of this week,” it continued. “The college is hopeful that it will reopen in time for final exams next week.”

The college added: “Please continue to pray for the safety of all those affected by the Thomas Fire as well as for all firefighters and other first responders. St. Thomas Aquinas, pray for us!