Church calls for calm in Honduras as election results are delayed 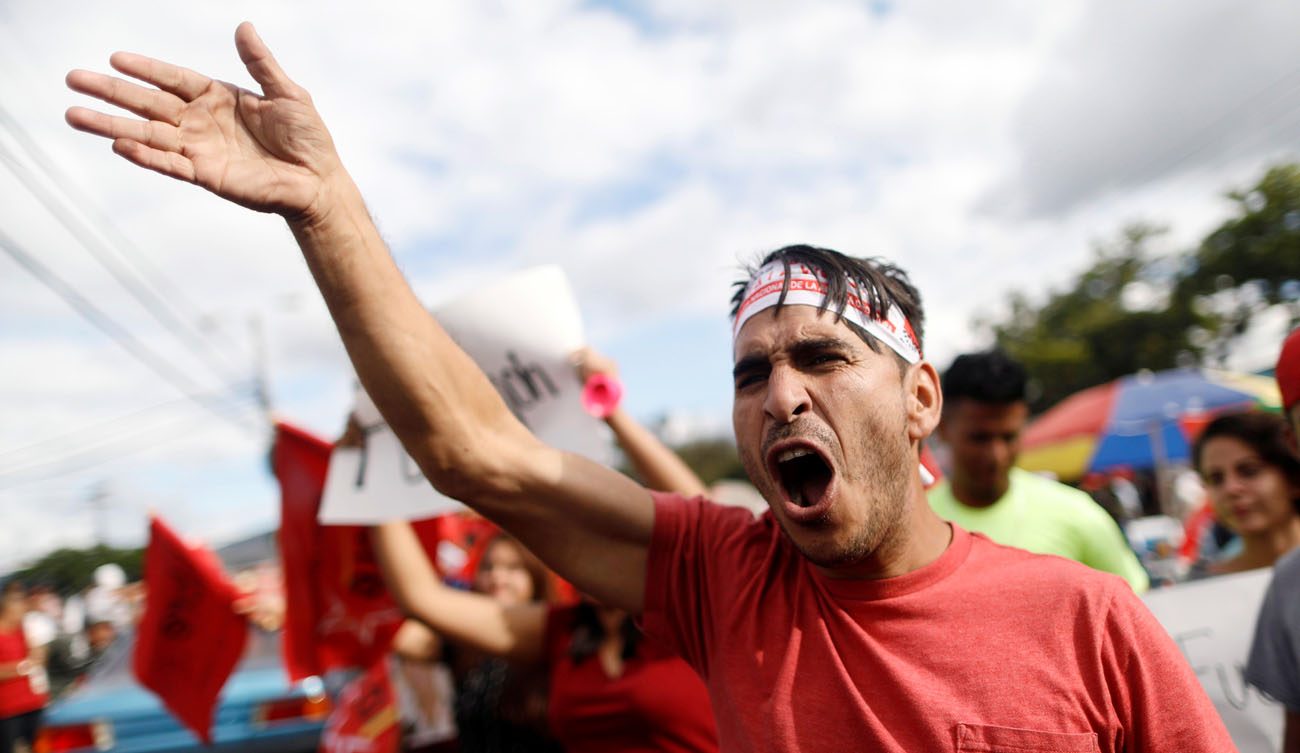 MEXICO CITY (CNS) — Catholic leaders are calling for calm in Honduras as an unexpectedly close election careens toward a contentious outcome.

They also expressed concerns that delays in counting the votes and announcing the official results more than four days after the Nov. 26 election risked undermining confidence in the process and damaging democracy in a country with a recent history of coups and political crises.

The conference of Honduran religious said Nov. 29 the delay created “an environment and situation of democratic insecurity.”

The continued vote count showed Hernandez quickly closing the gap and overtaking Nasralla. The tribunal then delayed declaring a winner Nov. 29 due to a computer crash, fueling further suspicions.

“The computer system crashed and when it returned … the difference between Nasralla and (Hernandez) shrunk from 22,000 to 3,000. The criminal fraud is about to be consummated,” tweeted Jesuit Father Ismael Moreno, an outspoken critic of Hernandez and the Honduran elite. “By consummating it we would be in the most dangerous political situation in our history.”

Results from the tribunal released early Nov. 30 showed Hernandez clinging to a slim lead of less than a percentage point, results Nasralla, a TV host and political neophyte leading a coalition known as the Opposition Alliance Against Dictatorship, promised to protest.

Pre-election polls projected a win for Hernandez, who controversially changed the constitution to allow re-election. Many commentators could not avoid mentioning the irony of Hernandez — accused of authoritarianism — winning a second term after President Manuel Zelaya was ousted in 2009 for supposedly wanting to pursue a second term.

“It’s not that (people) were against re-election, but there’s a procedure in the constitution … a national plebiscite,” which wasn’t held, said Father German Calix, director of Caritas Honduras.

Father Calix described the Hernandez record as mixed: macroeconomic numbers improved, international institutions started lending Honduras money, the homicide rate was halved from a high of more than 80 murders per 100,000 residents, and suspects accused of drug cartel connections were extradited.

But corruption was rampant and included $200 million being embezzled from the Honduran Social Security Institute, with some of the money going to Hernandez’s National Party.

The 2016 murder of environmental and indigenous rights activist Berta Caceres in her own home still stokes outrage and fits a pattern of impunity in which those working on social issues and human rights are eliminated.

“The church saw it as offensive that this was never resolved,” Father Calix said.

“Honduran society and especially the church … were saying they wanted to see change in the country,” he said, explaining the church and the Hernandez government were never in serious conflict, but were not especially close.

In a pre-election statement, the bishops alluded to complaints of authoritarianism against Hernandez and accusations he had not respected the separation of powers.

“The disrespect for this principle is the cause of judicial disorder and, as a result, social disorder,” the bishops wrote. “Proof of this is has been the violations of the actual constitution and the accusations of false legality that have occurred in recent years.”