In Albania, Franciscans work to heal past wounds through remembrance 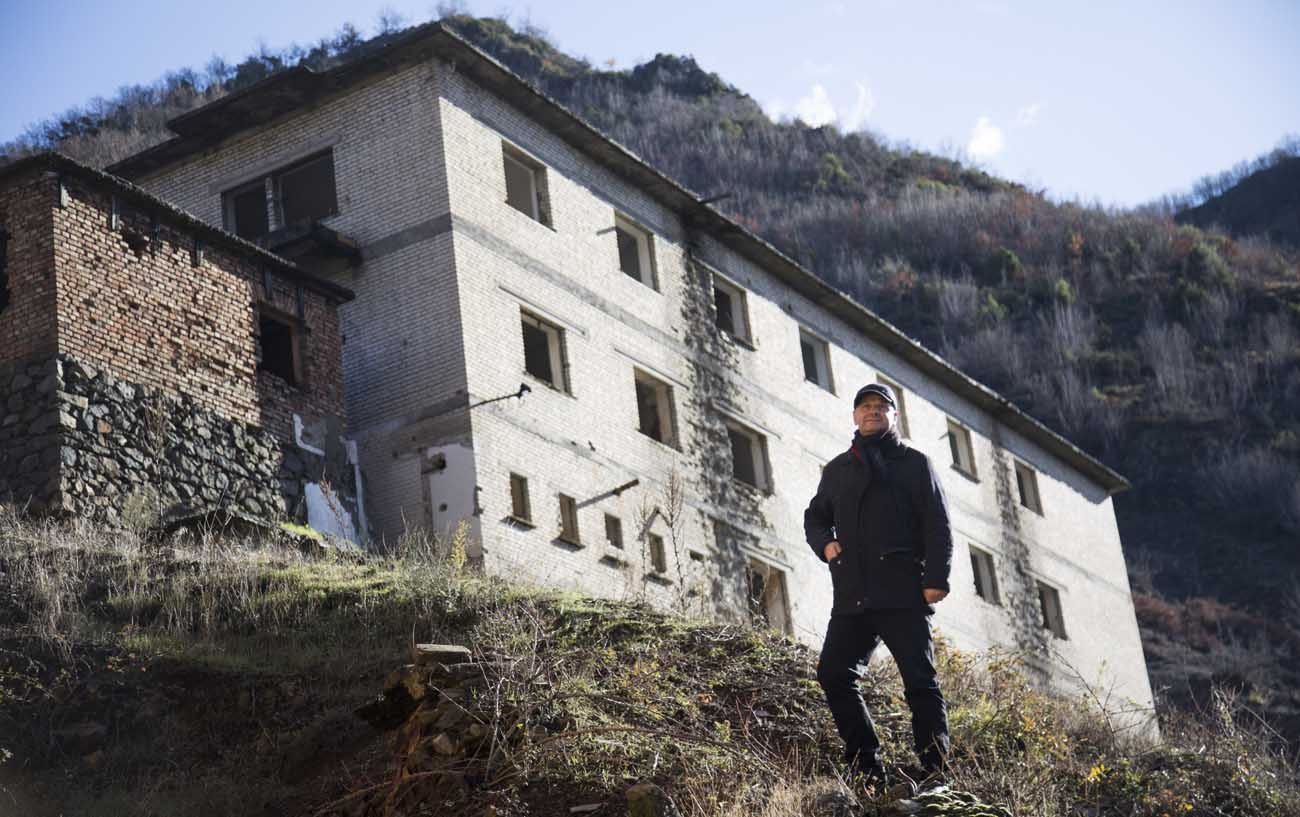 SPAC, Albania (CNS) — Although empty for almost 30 years, the walls of the Spac prison in Albania still show evidence of the horrors that took place there.

“God, when will this finish? I cannot take it anymore” reads a prisoner’s handwritten message in a room that housed 54 men. On its dilapidated walls, it is still possible to see the marks left by columns of bunk beds.

This notorious and feared former prison is at the center of the efforts of Albania’s Catholic Justice and Peace Commission to help the country deal with its communist past.

During more than four decades, Albania had one of the harshest, most repressive and isolated communist regimes. Contact with other countries was strictly forbidden and borders closed. Organized religion was officially banned in 1967, turning Albania into the first atheist state. Places of worship were either destroyed or repurposed. And dissidents, or any considered a threat to the regime, were persecuted, killed or sent to prison. The communist regime finally collapsed in 1991, almost six years after the death of its leader, Enver Hoxha.

In 2012 while visiting Auschwitz, in Poland, amid the overwhelming and haunting experience of being at a former Nazi concentration camp, Luigj Mila, general secretary of the commission, thought of his own country. He realized that in Albania, most of the places of oppression and suffering from the Communist era had been left abandoned.

Mila, who has worked with the commission since its founding by Franciscan fathers in 1996, said he cannot explain why, until then, the commission had not worked on projects related to remembrance. For many years they had been busy with social, economic and environmental issues, more immediate and visible challenges of post-communism Albania.

“We needed to leave some time. Maybe the blood was still warm,” Mila said. “But I am sorry we didn’t start before, because we could have protected a lot more (places), and they would be much better now.”

For the commission, the Spac prison was the most adequate place to launch a remembrance project.

The prison was also a labor camp. In the nearby copper and pyrite mine, prisoners were forced to work in harsh conditions, six and sometimes seven days a week. The prison became an infamous symbol of the communist regime, and its name was used to discourage and warn would-be dissidents.

Jesuit Father Gjergj Simoni was a prisoner in Spac during part of his 10-year sentence for “writing literature against the regime.” Although he was not a priest at the time, he was secretly studying to become one. His dreams of priesthood became reality years later, when, in April 1991, he became the first Albanian priest to be ordained after the fall of the communist regime.

Father Simoni remembers much about Spac: the six water faucets available for more than a thousand prisoners, the door-less toilet stalls facing each other, and the mountains surrounding the prison, the only landscape prisoners could see. For Father Simoni, Spac was “the prison of hunger,” with daily rations consisting of a single piece of bread and bowl of soup, and “sometimes not even that.” He called the living conditions “unbearable.”

On May 21, 1973, prisoners at Spac staged an uprising, the first in a prison in communist Albania. They raised a national flag without the communist star as a symbol of defiance. Two days later guards put down the uprising and executed the leaders. The revolt created a unique place for Spac in the country’s memory.

To get more people to visit Spac, the commission’s first steps were to protect it and to make it more accessible. After years of neglect, many of the buildings had decayed. Looters had taken windows and doors for scrap metal. The commission hired a caretaker and installed informational signs.

This year alone, about 1,000 people visited the prison on their own. And since 2012, about 500 students have joined the guided visits organized by the commission. Mila said students already learn about Albania’s communist past in schools, but they can learn and understand even more by walking inside the prison’s buildings and talking to survivors and listening to their stories. Their guided visits are often led by former prisoners.

Other organizations are also working not only to protect Spac, but to heal Albania’s wounds through remembrance. Some have plans to turn Spac into a museum, to establish May 21 — the day of the prison revolt — as Albania’s national remembrance day, and to create a place of memory for the thousands of people who were persecuted, imprisoned and executed during the communist regime. No such place currently exists.

It is a challenging enterprise in society where, according to Mila, many prefer to look forward without thinking of the past. A survey conducted in 2015 by the Organization for Security and Cooperation in Europe found that most people in Albania think that communism in their country was a “good idea, poorly implemented.”

“Neglecting the past is very dangerous,” said Mila. “If you don’t know it, you can repeat the same mistakes in the future.”

NEXT: Pope urges Catholic groups to work together to defend human dignity