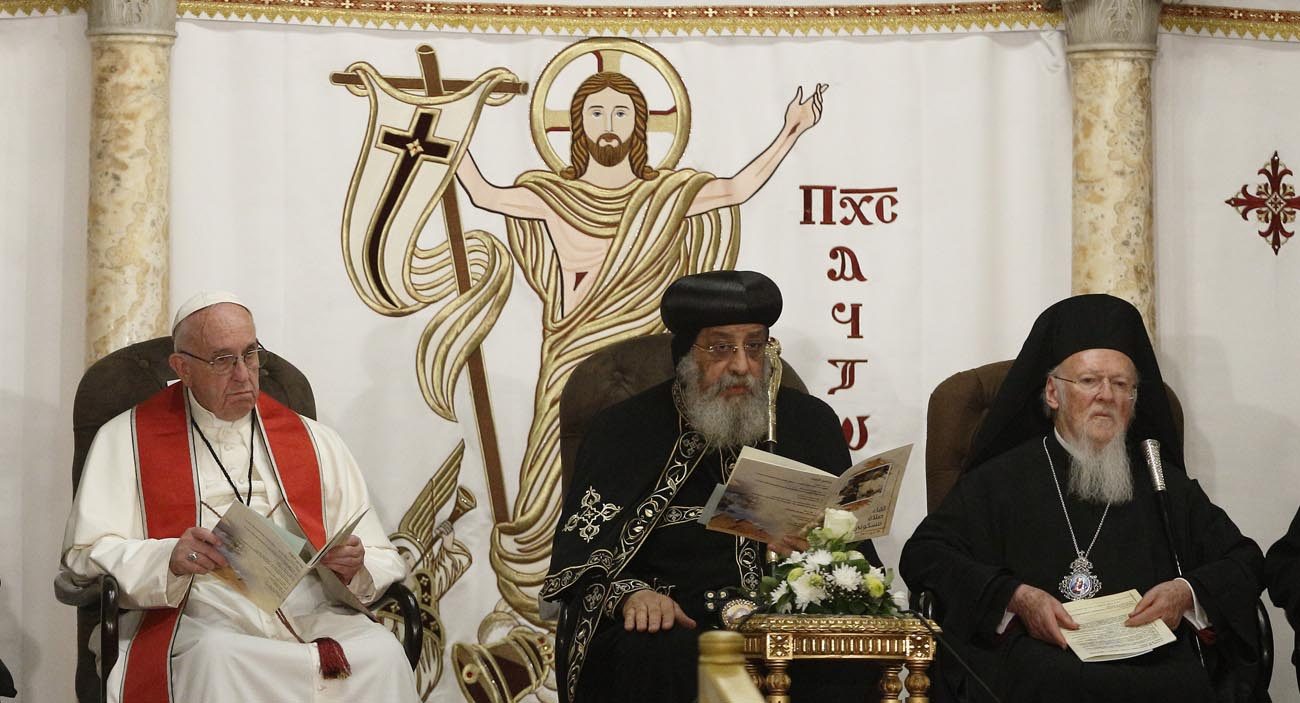 VATICAN CITY (CNS) — Pope Francis, in a message to Ecumenical Patriarch Bartholomew of Constantinople, urged Catholics and Orthodox to continue the path of dialogue on key theological issues to achieve full communion between the two churches.

Theological discussions on primacy — the authority of the lead bishop — and synodality, or the deliberation of the College of Bishops in the West and the synod of bishops in the Eastern churches, can enable Orthodox and Catholics “to evaluate, even critically, some theological categories and practices which evolved during the second millennium,” the pope said in a written message delivered Nov. 30 to the patriarch in Istanbul.

The pope’s message was carried to Patriarch Bartholomew by Cardinal Kurt Koch, president of the Pontifical Council for Promoting Christian Unity, who led a Vatican delegation to Istanbul for the feast of St. Andrew the Apostle, the patriarchate’s patron saint.

In his message, Pope Francis sent greetings to all those attending the liturgical celebration in Istanbul and asked for prayers while he continues his Nov. 27-Dec. 2 visit to Myanmar and Bangladesh.

“When the deacon invites those gathered during the Divine Liturgy to pray ‘for those who travel by land, sea and air,’ I ask you, please, to pray for me, also,” the pope said.

Like the apostles, who proclaimed the death and resurrection of Jesus “through their words and the sacrifice of their lives,” the pope said Catholics and Orthodox are called to make this proclamation “our own,” which will enable both churches to “enter into communion with the Father, through the Son, in the Holy Spirit.”

Recalling Patriarch Athenagoras’ words during his first meeting with Blessed Paul VI in 1967, Pope Francis said Catholics and Orthodox must “join together what was divided, wherever this is possible, by deeds in which both churches are involved, giving added strength to matters of faith and canonical discipline which we have in common.”

Pope Francis also praised Patriarch Bartholomew’s efforts in promoting the care of creation, the peaceful coexistence among peoples and the plight of Christians in the Middle East.

The patriarch’s commitment, he said, “is a source of inspiration, support and encouragement for me personally for, as you well know, we share the same concerns.”

“It is my fervent hope that Catholics and Orthodox may promote joint initiatives at the local level with regard to these issues, for there are many contexts in which Orthodox and Catholics can already work together without waiting for the day of full and visible communion,” the pope said.