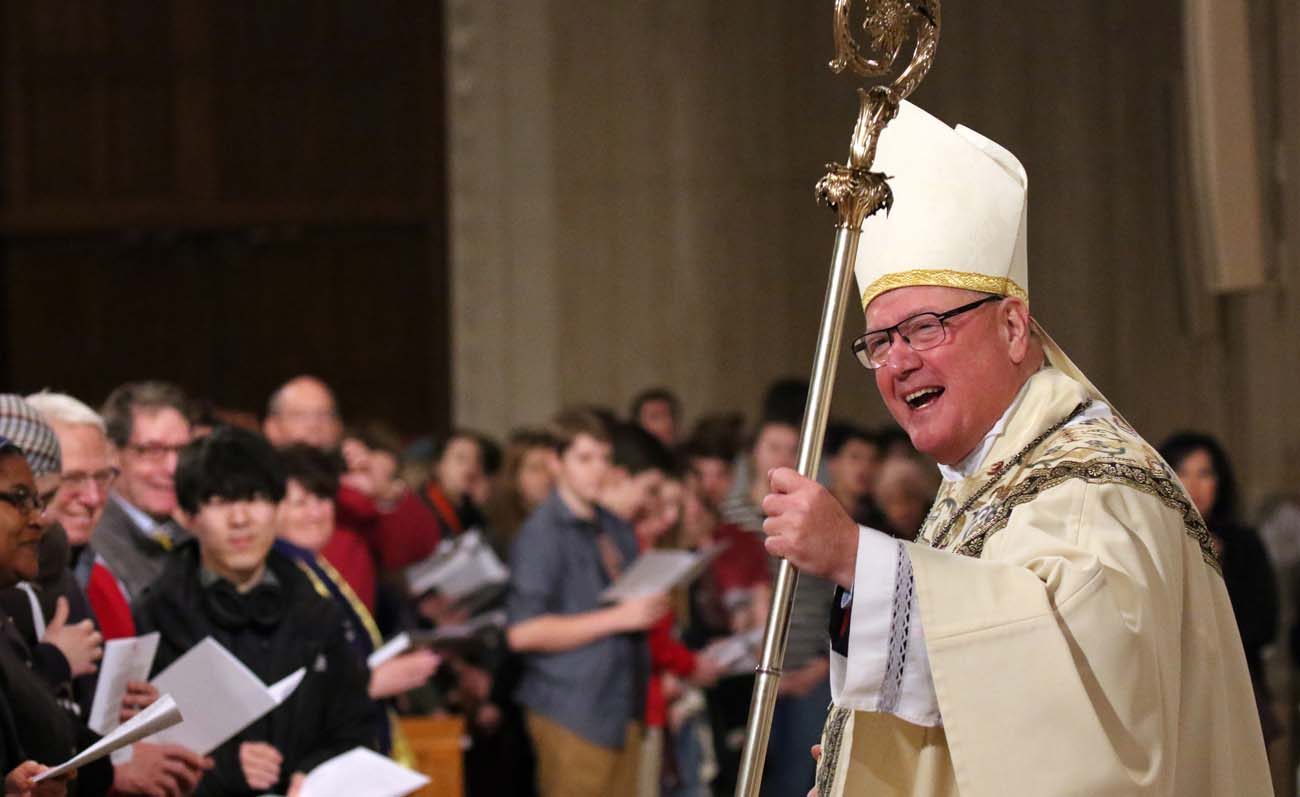 New York Cardinal Timothy M. Dolan, chairman of the U.S. bishops' Committee on Pro-Life Activities, smiles as he processes from the sanctuary after celebrating the opening Mass of the National Prayer Vigil for Life at the Basilica of the National Shrine of the Immaculate Conception in Washington Jan. 18. The all-night vigil is held before the annual March for Life, which this year marked the 45th anniversary of the Supreme Court's Roe v. Wade decision that legalized abortion across the nation. (CNS photo/Gregory A. Shemitz)

WASHINGTON (CNS) — The chairman of the U.S. bishops’ pro-life committee said the Born-Alive Abortion Survivors Protection Act passed by the House Jan. 19 is “common-sense legislation” that “offers a simple and widely supported proposition.”

“A child born alive following an abortion should receive the same degree of care to preserve her life and health as would be given to any other child born alive at the same gestational age,” Cardinal Timothy M. Dolan of New York said in a Jan. 20 statement.

He praised the House for approving the measure with a bipartisan vote of 241-183. The lawmakers’ action came as upwards of 100,000 pro-lifers gathered for the 45th annual March for Life on the National Mall. The event marks the anniversary of the U.S. Supreme Court decisions in 1973 in the companion cases Roe v. Wade and Doe v. Bolton that legalized abortion through all nine months of pregnancy nationwide.

“I call on the Senate to pass this bill as well and ensure that the lethal mentality of Roe does not claim new victims — vulnerable human beings struggling for their lives outside the womb,” said Cardinal Dolan, who heads the U.S. Conference of Catholic Bishops’ Committee on Pro-Life Activities.

Sponsored by Rep. Marsha Blackburn, R-Tennessee, the Born-Alive Abortion Survivors Protection Act, or H.R. 4712, amends the federal criminal code to require any health care practitioner who is present when a child is born alive following an abortion or attempted abortion “to exercise the same degree of care as reasonably provided to any other child born alive at the same gestational age, and ensure that such child is immediately admitted to a hospital.”

NEXT: Fourth annual OneLife LA draws thousands to celebrate life at all stages