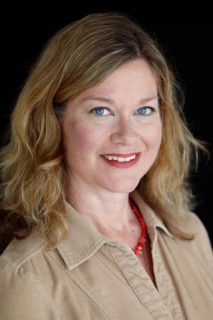 Jeanne Mancini, president of the March for Life Education and Defense Fund, is pictured in a 2012 photo. (CNS photo/Bob Roller)

She talked about changes in the event and the crowd she has seen over the years, the efforts to unify pro-lifers on a variety of life issues and her own pro-life views.

For her, abortion is “the single most significant social justice cause of our time.”

Q: You’ve been going to the March for Life for many years now. What are some ways that the march has changed since you first started attending?

A: The rally is a little shorter, the crowds have grown, the age demographics have decreased, marcher signs are more diverse and creative. What hasn’t change is that the weather often presents extra opportunities for making a sacrificial pilgrimage! Plus that the event is primarily staffed by generous volunteers, and most importantly the issue. Mostly, that we are there — for the 45th year in a row — to protest the human rights abuse of today — abortion.

Q: One thing that struck me from when I first started taking high school students to the march nearly two decades ago was the hyper-religiosity of the event. As a theology teacher, I shared many of these commitments, but it made a number of my students uncomfortable and I don’t think they returned after high school. The hyper-religiosity of pro-life activists also seems to keep more moderate folks from identifying with the movement more generally and our policy proposals from getting wider traction — especially in a culture which – wrongly — sees much of what we do as imposing our religion. Religious commitments are nothing to be embarrassed about, obviously, and many grass-roots movements for basic justice and rights were very religious. But do you see a tension to navigate here?

A: Our experiences differ, so I find it hard to answer this question — but broadly I would say no. There are a lot of religious signs, but my experience is that it is mostly young people who attend the March for Life. Young people are attracted to this cause because it is the single most critical social justice issue of our time. They are so enthusiastic — it is contagious! Perhaps that excitement and motivation could be interpreted as “hyper-religiosity,” but I see it as attractive unbridled zeal for ending abortion and building a culture of life. Of course, there are always a few “outliers” and some people are led to the pro-life movement through their faith. But, overall — this is a movement filled with vibrant, passionate, life-affirming young people. I’m older, reserved and suspicious at my age, and I find their confidence and trust inspiring. I love the lack of cynicism in many young people, and admire their hope and goal to “abolish abortion.” At the front of the march when we’ve had some counter-protesters, I’ve watched young people being spit on and mocked and respond with Christian messages of love. Basically, I agree with St. John Paul II, who said that young people are the best “ambassadors for life.”

Q: Especially with the campaign and election of Donald Trump, divisions and fissures within the pro-life movement have become more pronounced in the last couple years. Do you think the March for Life has the chance to contribute to the unity of pro-lifers who disagree about these political matters?

A: We certainly seek to unify and I hope we are successful. I’m convinced that disunity is our biggest enemy. As an organization we quietly do what we can behind the scenes within the movement; whether arranging group meetings or making strategic introductions to draw groups and pro-life leaders together. In a more public way we always seek to have a bipartisan lineup of speakers, although admittedly that has gotten harder in recent years.

Q: What vision did you have in mind when you started running the March for Life? How does the current march reflect who you are as a pro-lifer?

A: When I first became president of the March for Life, it was a surprise, and it happened very quick following the death of MFL founder Nellie Gray. In the beginning, I had some goals, but not an overall big picture vision. These goals included trying to break into mainstream media — especially showing our enthusiastic young marchers; having a shorter and very engaging rally; positive messaging grounded in the attractiveness of life; drawing in people of all faith; and embracing social media. I believe that we have been successful in these goals and we continue to be more success in these goals each and every year. My ultimate goal is to work myself out of a job by working to make abortion unthinkable and enact laws that reflect the inherent dignity of the human person.

Q: Suppose a reader is on the fence about attending the march. In your view, what should she consider as she makes a decision whether or not to attend?

A: I was just reading an email from a business owner who attended for the first time last year. To paraphrase her, the March for Life is a life changing experience that will restore your hope in the goodness of humanity. I would add to that, how can you not attend? Abortion is the single most significant social justice cause of our time. Every single one of us carries that burden on us and needs to do everything possible to bring it to an end.