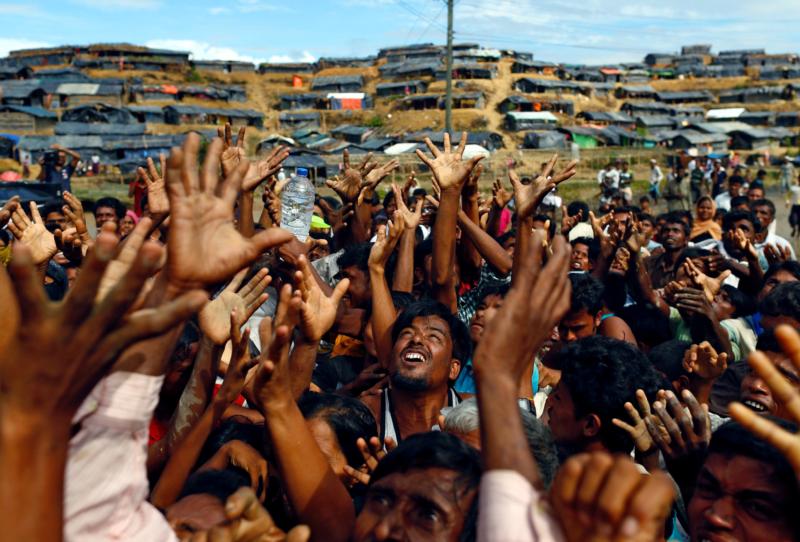 WASHINGTON (CNS) — In a strongly worded message prior to National Migration Week Jan.7-13, the president of the Sisters of Mercy of the Americas expressed solidarity with migrants and called on others to stop “blaming migrants and fanning anti-immigrant sentiment that divides our nation.”

“We renew our call for an immediate end to the unjust and immoral treatment of migrants and refugees, recognizing that decades of failed U.S. political and economic policies have contributed to the reasons people have fled homelands,” said the Jan. 3 statement by Mercy Sister Patricia McDermott from the sisters’ headquarters in Silver Spring, Maryland.

The statement says the Sisters of Mercy “stand in solidarity with our sisters and brothers who are forced by poverty, persecution or violence in their native countries to flee their homes, loved ones and livelihoods, desperately seeking safety and the opportunity to provide for themselves and their families.”

The sisters ask for passage of laws to help young adults who came to the United States without documentation, for continuation of a temporary immigration status for migrants from Haiti and Central America, and for an end to expedited deportations, travel bans and long-term detention of immigrants.

“As Pope Francis reminds us: ‘How can we not see the face of the Lord in the face of the millions of exiles, refugees and displaced persons who are fleeing in desperation from the horror of war, persecution and dictatorship?'” the statement says.

The Mercy Sisters will kick-off National Migration Week on Facebook: https://www.facebook.com/MercySisters/ and Twitter:https://twitter.com/sistersofmercy recalling their religious order’s migration journey from Ireland to the United States in the 1800s. The next day, they will explore some of the “anti-immigrant sentiment in the 19th century, mirrored so often in the rhetoric of our own times,” the statement says.

During subsequent days, they will highlight how their religious community responded to a variety of immigration waves and how U.S. policies abroad drove migration to the U.S., from the 1970s until today.

National Migration Week began under the auspices of the U.S. Catholic bishops as a way “to honor and learn about the diverse communities of the church, as well as the work that the church undertakes to serve immigrants and refugees,” said a Jan. 5 press release from the U.S. Conference of Catholic Bishops.

“National Migration Week allows for reflection upon the biblical teaching concerning welcoming the newcomer and allows us to share the journey with our brothers and sisters who have been forced from their homes,” said Bishop Joe S. Vasquez of Austin, Texas, chairman of the Catholic Bishops’ Committee on Migration.

A statement about the week by Cardinal Daniel N. DiNardo of Galveston-Houston, president of the U.S. Conference of Catholic Bishops, called it a “time of prayer and reflection on our history as a migrant church and nation.”

The cardinal urged Catholics to think about the pope’s message on World Day of Peace, Jan. 1, when he said that migrants and refugees “bring their courage, skills, energy and aspirations, as well as the treasures of their own cultures; and in this way, they enrich the lives of the nations that receive them.”

Many organizations and groups plan to participate in National Migration Week with a focus on Caritas Internationalis’ “Share the Journey” Migration Campaign, a two-year effort by the humanitarian organization that urges Catholics to understand and get to know refugees and migrants who have fled poverty, hunger, violence, persecution and the effects of climate change in their homeland.

Educational materials and other resources for National Migration Week are available at www.justiceforimmigrants.org/take-action/national-migration-week.