Survey: Women say Eucharist, helping poor is what it means to be Catholic 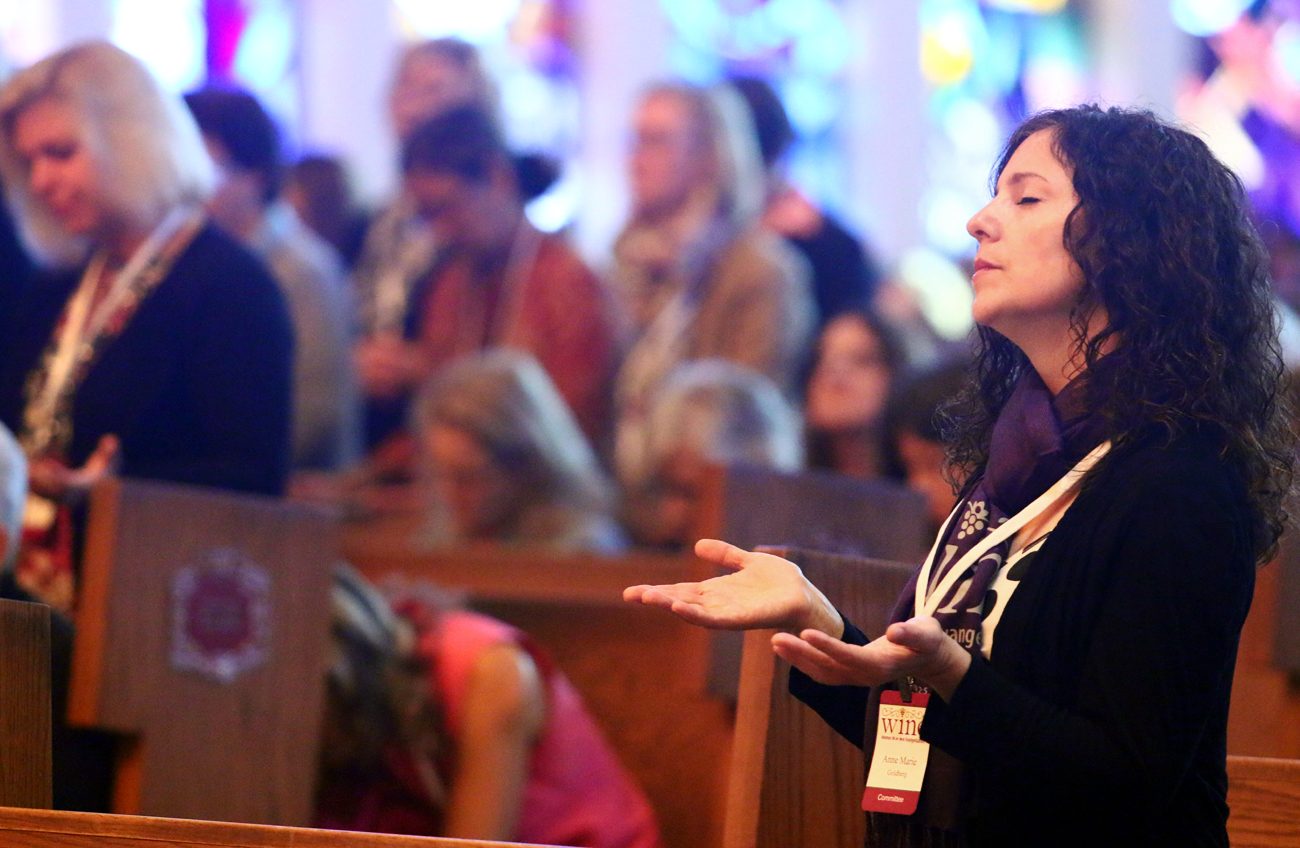 In this file photo, Anne Marie Goldberg prays during the WINE National Catholic Women’s Conference at the Shrine of Our Lady of Czestochowa in Doylestown.

NEW YORK (CNS) — American Catholic women are increasingly disengaged from the church although they remain affiliated and say helping the poor and receiving the Eucharist are the most important aspects of what it means to be Catholic.

They also have the potential to turn the tide in the 2018 mid-term elections, according to a nationwide survey released Jan. 16 by America magazine, a Jesuit-owned publication.

The online survey of 1,508 self-identified Catholic women was commissioned by America Media and conducted in August 2017 by the Center for Applied Research in the Apostolate and the GfK Group.

The survey was offered in English and Spanish and the margin of sampling error is plus or minus 2.5 percentage points. Using survey and data from the U.S. Census Bureau, CARA estimates that there are 37.3 million Catholic females in the United States, of whom 28.8 million are adults.

The survey showed that while the overwhelming majority of U.S. Catholic women believe in God (98 percent), the numbers of those who attend Mass or participate in the sacrament of reconciliation are dwindling. Younger Catholic women are the least likely to attend Mass. Seventeen percent of millennial respondents attend weekly Mass, compared to 24 percent of all Catholic women.

“This research is a real wake-up call for the Catholic Church to focus harder on its millennial outreach and to engage them in new and creative ways,” said Kerry Weber, executive editor of America.

A perceived lack of female role models, especially among the church’s visible leadership, is an impediment to further engagement, according to the survey. Six out of 10 Catholic women would welcome the ordination of women to the permanent diaconate and 21 percent more said they may support female deacons but want to learn more first.

Pope Francis appointed a commission in 2016 to study the history of the women as deacons in the early church and the possibility of allowing women to serve the church today as deacons.

Adding more women to positions of leadership requires the church to de-couple power and the priesthood, according to America’s editor-in-chief, Jesuit Father Matt Malone.

The survey indicated 74 percent of U.S. Catholic women intend to vote in the 2018 elections. Their views on major issues do not align neatly with the either political party. Among those surveyed, care for the environment (83 percent), migration and the treatment of refugees (77 percent), and abortion (76 percent) top the list of the most important political issues.

“One thing that the survey results as a whole indicate is that in certain congressional districts with this population, a pro-life Democrat would be competitive in a general election,” said Father Malone.

The survey indicated 12 percent of respondents considered becoming a religious sister or nun. The percentage is equivalent to 3.5 million adult women who self-identify as Catholic in the United States today. The survey also indicates evidence of an increase in interest in religious life among the youngest Catholic women.

Forty percent of respondents said the nightly television news is their primary source for news and 17 percent get it from cable news channels. Eleven percent read their local diocesan newspaper or website.

NEXT: Panel: Immigrants, like everyone else, want love, family, peaceful life