Bishops in Kazakhstan say no Communion for divorced, remarried Catholics 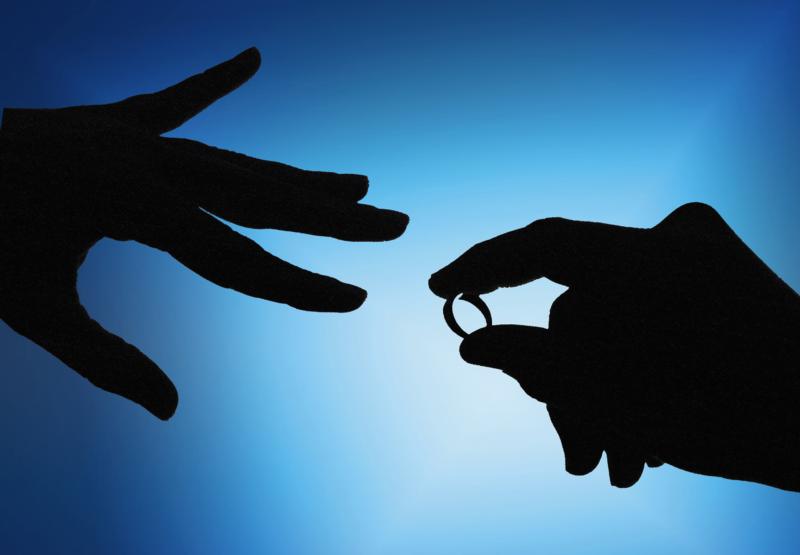 In Kazakhstan, “divorced people living with someone else would not dare ask for holy Communion because they know they are living in a situation of sin. It would be blasphemy,” said Auxiliary Bishop Athanasius Schneider of Astana. (CNS photo illustration/Mike Crupi)

ROME (CNS) — In Kazakhstan, “divorced people living with someone else would not dare ask for holy Communion because they know they are living in a situation of sin. It would be blasphemy,” said Auxiliary Bishop Athanasius Schneider of Astana.

Bishop Schneider told Catholic News Service in Rome Jan. 4 that their statement was in response to some bishops’ conferences issuing norms and guidelines that foresee the possibility of a divorced and civilly remarried Catholic returning to the sacraments. The norms and guidelines are the bishops’ responses to Pope Francis’ apostolic exhortation, “Amoris Laetitia.”

But the three bishops from Kazakhstan said in their statement that no bishop or group of bishops has the authority to authorize Communion for Catholics who are divorced and remarried unless the couple has received an annulment or has made a sincere pledge to abstain from sexual relations.

An Italian website reported Jan. 3 that Italian Archbishop Luigi Negri, the retired archbishop of Ferrara-Comacchio, and Italian Archbishop Carlo Maria Vigano, the former nuncio to the United States, had endorsed the statement of the three Kazakhstan bishops.

Bishop Schneider told CNS Jan. 4 that “if different people read our statement as a confrontation with the pope, that is their view, not ours. It is not a rebuke, confrontation or challenge, but a service in charity and truth.”

In early December, at the request of Pope Francis, the Vatican website and the “Acta Apostolicae Sedis,” the official record of Vatican documents and acts, published the guidelines of the bishops’ in Argentina’s Buenos Aires region and a letter from Pope Francis approving the bishops’ interpretation of “Amoris Laetitia.”

In outlining a process of discernment to be led by a priest, the Buenos Aires’ guidelines do not say all Catholics are welcome to receive Communion no matter what their marital situation is, nor do they say no Catholic in a second marriage may access the sacraments.

The process, they said, first of all should help the couple recognize their situation, understand church teaching on the permanence of marriage and take steps toward living a more Christian life.

“When feasible,” the guidelines said, divorced and civilly remarried couples should be encouraged to abstain from sexual relations, which would allow them to receive the sacrament of reconciliation and the Eucharist.

While there is no such thing as “unrestricted access to the sacraments,” the bishops said, in some situations, after a thorough process of discernment and examination of the culpability of the individual in the failure of the sacramental marriage, the pope’s exhortation “opens the possibility” to reception of the sacraments.