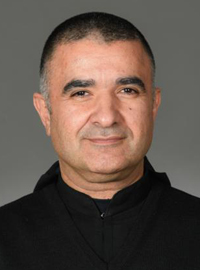 BEIRUT (CNS) — Although people in the United States are preparing for the annual March for Life in Washington and other cities, no such preparations are underway in Lebanon, where abortion continues to be a taboo issue.

“The subject of abortion is very delicate because of our culture, our mentality, and our close-knit society,” said Maronite Father Albert Assaf, spiritual adviser for Rachel’s Vineyard in Lebanon. The ministry, founded in the United States, offers weekend retreats for women to heal spiritually after abortion.

Abortion is illegal in Lebanon. Although no statistics are available, abortions are occurring in the country under the guise of therapeutic abortion, which follows a diagnosis of medical necessity. Typically, the pregnant woman is referred by her doctor to another doctor, clinic or hospital in Lebanon for the procedure.

“When the woman has already decided to terminate her pregnancy, the conditions become secondary, and so the physician could bypass what is required,” he explained. “The laws in Lebanon should make more restrictions regarding therapeutic abortions in order to defend the life of the unborn.”

In his pastoral work, Father Assaf, a canon lawyer who has also taught bioethics, has met married couples who resorted to abortion as a means to put off raising a family or because they cannot support more children. The difficult economic situation in Lebanon has intensified, increasing the pressures on families to provide for their children, and there is no state-run social security system in place.

And for the unmarried, in a culture where family is everything, family honor is the unspoken driving force — among Christians and Muslims alike — behind decisions regarding a pregnancy. In Lebanon, it is considered a shame to the family if a woman is pregnant outside marriage.

Father Assaf relayed two examples of harsh actions stemming from pressures to preserve family honor: One young unmarried woman who was pregnant chose to continue with her pregnancy and not to abort her baby, so her father threw her out of the house.

Another unmarried young woman gave in to the threats of someone who contacted her anonymously, saying that unless she paid them money, they would destroy her family’s reputation by revealing that she had an abortion. Out of fear, she gave in to the extortion, which ceased after she paid the set amount.

In some Muslim communities, an unwed pregnancy could be cause for an honor killing of the woman pregnant outside of marriage to remove “a stain” to the family name.

Compounding the anguish for single pregnant women, in Lebanon a child cannot be issued a state identification if only the mother’s name is on the birth certificate. Without such an identification card, the child would not be eligible to take official exams, for example, or to apply for a job.

Yet there is no formal network of outreach or counseling available to women considering abortion, nor are there centers to support those who choose to continue with the life they carry.

The Catholic Church focuses on such issues through family and life committees in both the Maronite Patriarchate and in the Assembly of Catholic Patriarchs in Lebanon.

From his experience as spiritual director for Rachel’s Vineyard in Lebanon, Father Assaf said, he has seen great promise for the post-abortion healing ministry in the country.

“After attending a Rachel’s Vineyard retreat, many women and couples have said to me that that they were ‘born again,’ that it has given them a new life, a new beginning,” Father Assaf said.

Despite the prevailing challenges in Lebanon regarding the unborn, Father Assaf said he has “great hope in the new generation to go pro-life.”

“I would like for people to see life as a gift and as a grace,” he said.

In August, he was appointed chaplain at Notre Dame University Louaize in Zouk Mosbeh, Lebanon. Since then, he said, he has sent a personal email to each student for their birthday, thanking God for them and telling them he will remember them at Mass that day. Every student — Christian, Muslim or Druze — is included in the project.

“I think with my birthday project I’m underlining this importance that each one of us is a gift — to ourselves, to our family, to our society. Every life — from conception until death — is in the Lord’s hands,” he said.

NEXT: Belgian Catholics concerned about abuse of country’s euthanasia law