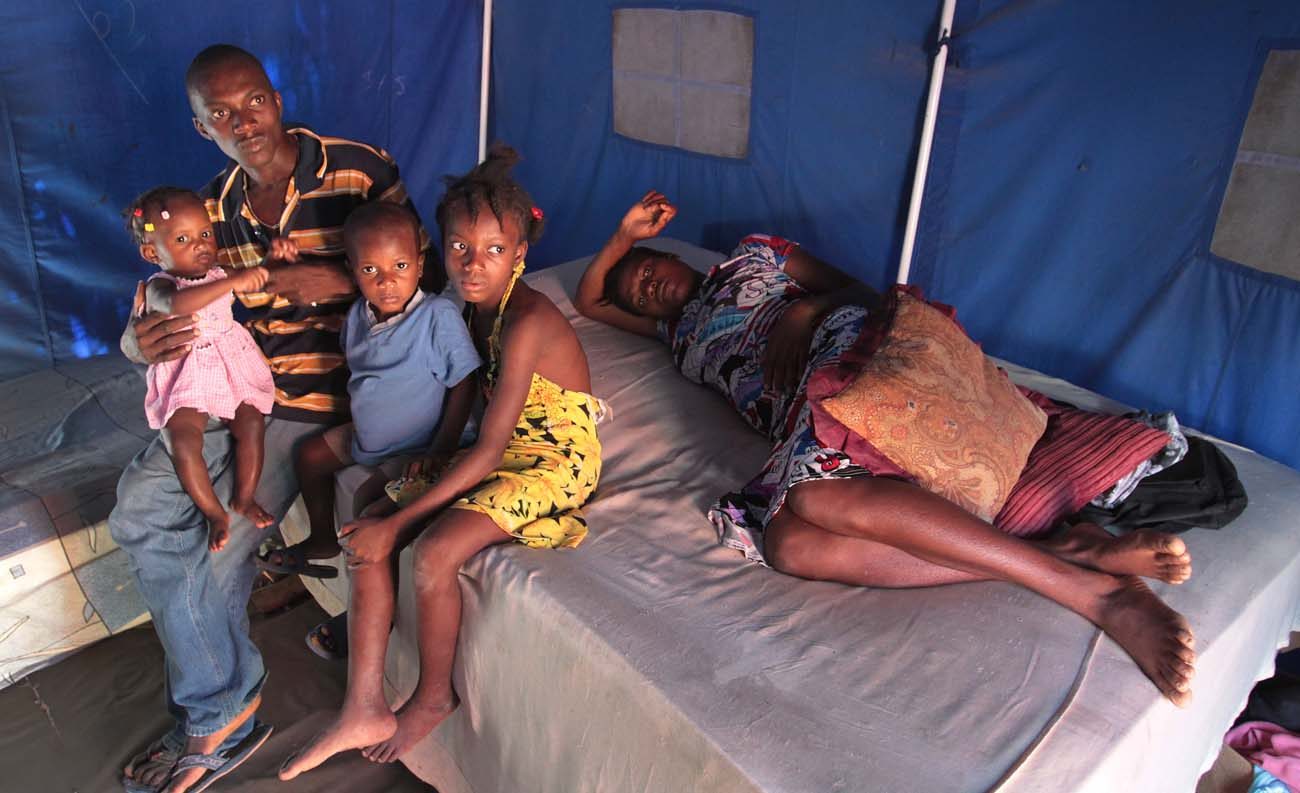 Willy Vilson, who lost his home in the 2010 earthquake, sits with his sick wife and children in their tent in the Delmas 33 neighborhood of Port-au-Prince, Haiti. Jan. 12 marked the eighth anniversary of the magnitude 7.1 magnitude earthquake that rocked the Caribbean nation. (CNS photo/Bob Roller)

“No agreement on Dreamers” was the headline on the lead story for L’Osservatore Romano’s edition dated Jan. 13 and published late Jan. 12.

In the past few days, the paper reported, “the tension on the theme of immigration has risen noticeably” with Trump and a bipartisan group from Congress meeting Jan. 11 to discuss a measure that would keep the Deferred Action for Childhood Arrivals program intact, but also include Trump’s demands for a border wall.

The program, known by its initials DACA, protects from deportation between 700,000 and 800,000 young people illegally brought to the United States as children.

Based on media reports about the meeting, L’Osservatore said, “Trump used particularly harsh and offensive words about immigrants from El Salvador, Haiti and some African countries. The expressions immediately gave rise to controversy and indignation.”

The Associated Press and other media outlets reported that, according to people present at the meeting, Trump questioned “why the U.S. would accept more immigrants from Haiti and ‘(expletive) countries'” in Africa.

While the Vatican newspaper noted that the White House did not immediately deny the remarks, Trump later tweeted, “The language used by me at the DACA meeting was tough, but this was not the language used.”

The Vatican newspaper also noted that a U.S. District Court judge in San Francisco temporarily blocked Trump’s decision to rescind DACA and that the U.S. Department of Homeland Security announced Jan. 8 that it was ending a provision called Temporary Protected Status for some 200,000 citizens of El Salvador currently in the United States.