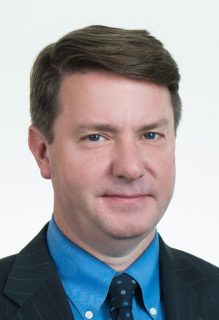 Tom Riley is the new president of the Connelly Foundation, succeeding longtime leader Josephine C. Mandeville. She was president of the West Conshohocken-based philanthropy since the death of founder John Connelly in 1990. She will continue to serve the foundation as Chair of the Board of Directors.

“I am humbled to have the opportunity to uphold and build upon the legacy that was started by John and Josephine Connelly and which has been stewarded so energetically and faithfully by their daughters, Josephine Mandeville and Emily Riley,” Tom Riley said in a statement released Jan. 22. “This is a very exciting time for Philadelphia, and I look forward to working with our many charitable partners to continue the Connelly Foundation’s mission of improving the quality of life in our great region.”

Founded in 1955, the Connelly Foundation has donated more than $400 million to nonprofit organizations in the Philadelphia area focusing on education, human services and the arts.

Prior to being named president of the foundation, Riley was its vice president for strategic planning since 2012. He has had a long career in philanthropy and public policy, previously serving as vice president of the Philanthropy Roundtable in Washington, D.C., from 2001-2009. He was also associate director of the White House Office of National Drug Control Policy, where he served as the principal spokesman for all federal drug control and addiction programs.

He writes and speaks frequently about charitable giving. He is a contributing editor of Philanthropy magazine, a member of the Strategy Committee of the Alliance for Charitable Reform and a board member of many Philadelphia-area nonprofits including the Philadelphia Police Foundation and the Historical Society of Pennsylvania. Riley lives in Radnor with his wife Barbara and their five children.