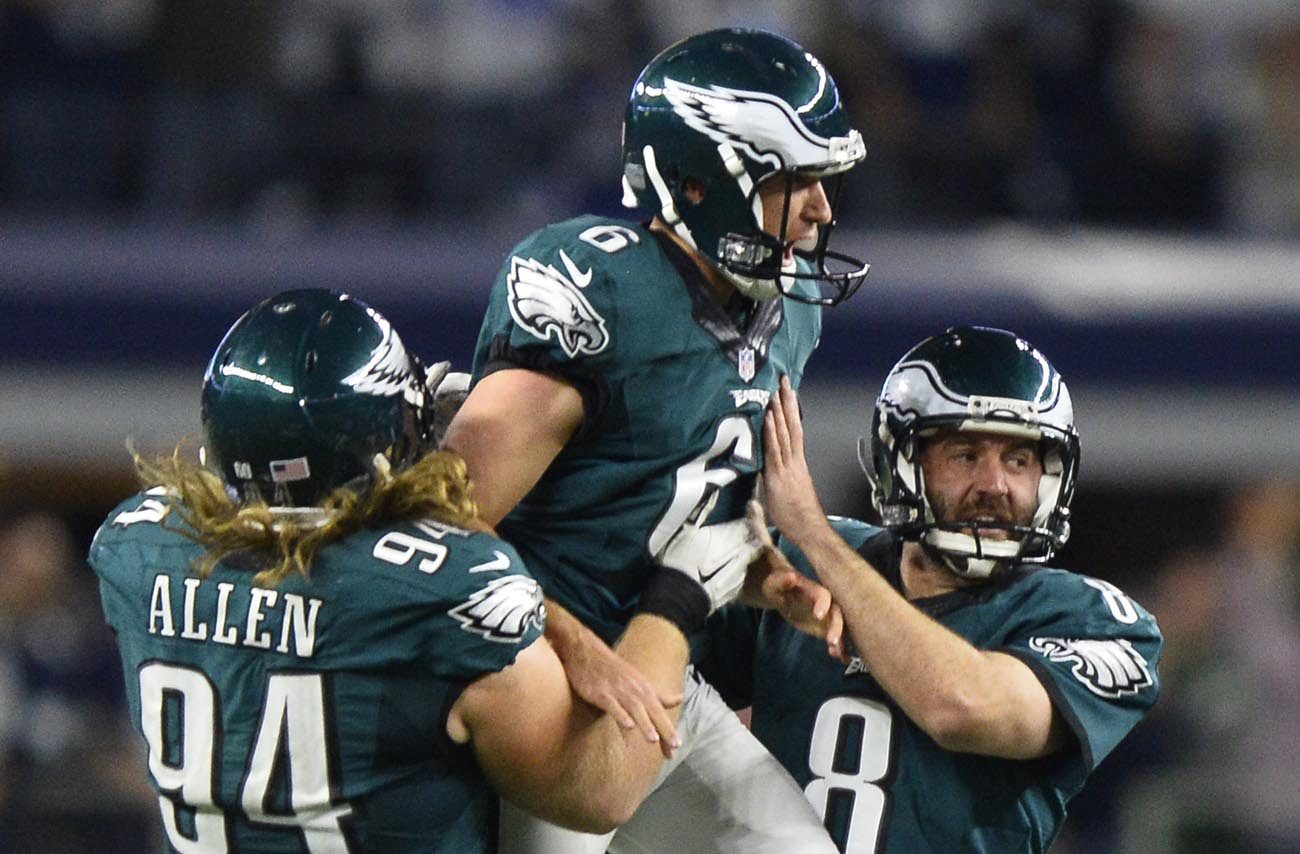 MINNEAPOLIS (CNS) — Philadelphia Eagles punter Donnie Jones understands how rarely a chance to play in the Super Bowl comes around.

“I’ve only been once in 14 years, so it’s hard,” said Jones, 37. “I’ve tried to explain to these young guys that you don’t know when you’re going to get another shot. We’ve got to make the most of this, enjoy the week and get ready for playing the game on Sunday.”

Jones and his teammates practiced for the first time at the University of Minnesota’s new indoor football practice facility Jan. 31 in preparation for the Super Bowl Feb. 4 in Minneapolis. The Eagles (15-3) will face the New England Patriots (15-3) at U.S. Bank Stadium after battling through an injury-riddled season.

“I’ve never been on a team that’s lost so many key guys,” Jones said. “I know I hurt for those guys when I think about guys who are here and can’t take part in the game. You feel for those guys because there’s a lot of time, a lot of sacrifice put into this game.”

While he has faith in the next guy up on his team, he especially puts his faith in God. Jones, a lifelong Catholic, believes that God has guided him throughout his NFL career and vocation as a husband and father.

“All of our blessings come from him,” Jones told The Catholic Spirit, newspaper of the Archdiocese of St. Paul and Minneapolis. “We really are truly blessed — I have two healthy kids, (my) wife’s healthy, I’m healthy. A lot of things to be thankful for.”

Jones attends Mass with fellow players and coaches each Saturday evening before games. When home with his wife, Aubrie, and their two children, Addison and Weston, Sunday Mass takes priority as a family.

“I just think it’s an important part of your life,” Jones said.

He indicated faith in their family goes beyond an hour on Sunday as he and his wife teach their children values and “how to treat people,” in addition to praying with them daily. Setting a good example for the children also is important, he said.

“I always tell them, ‘Treat others the way you want to be treated and give thanks for everything we have,'” Jones said.

Jones grew up attending Catholic schools in Baton Rouge, Louisiana, beginning with St. George School for elementary and middle school. While he had a seamless trek through Catholic education, he didn’t have it that way in football.

He tried punting for a fifth-grade team but didn’t get the position.

“I kept practicing and practicing,” Jones said. “Eventually I played in high school, got to college and somehow lasted 14 years in this league.”

Jones attended Catholic High School in Baton Rouge, an all-male school where his football career took off. At Catholic, he earned all-state honors as a punter and then punted for Louisiana State University.

At LSU, he averaged 42.1 yards per punt and helped the Tigers win a share of the national title in 2003 as co-champs with the University of Southern California. The Seattle Seahawks then drafted Jones in the seventh and final round of the 2004 NFL draft.

His NFL career has been filled with transition — being waived six times, spending time on practice squads and going almost a decade without a multiyear playing contract. Overall, he’s been through 22 transactions. It hasn’t sidelined his faith, though.

“(I) always know that he’s going to be there, he’s going to take care of you,” Jones said of God. “That’s kind of been the way of my career. I’ve moved around with five teams. When I didn’t know things were going to work out, he always put me in the right spot. You’ve got to have faith, believe.”

After signing in 2013 with his fifth team, the Eagles, his career stabilized. He averaged 44.9 yards per punt that season, and he planted 33 of his punts inside the 20-yard line. The Eagles offered him a three-year deal in 2014.

This season, he averaged 45.3 yards per punt, and 21 of them spotted opponents inside the 20. He also pinned the Minnesota Vikings offense inside the 20 on all three of his punts in the NFC championship game Jan. 21, a 38-7 Eagles rout. He looks forward giving the defending Super Bowl champion Patriots a long field when called upon Feb. 4.

“It’s going to be awesome,” Jones said about playing in the Super Bowl. “Can’t wait.”

NEXT: Mega-fan priests head to Minnesota to cheer Eagles in Super Bowl