See the innocence of the unborn in the face of immigrants, bishop urges 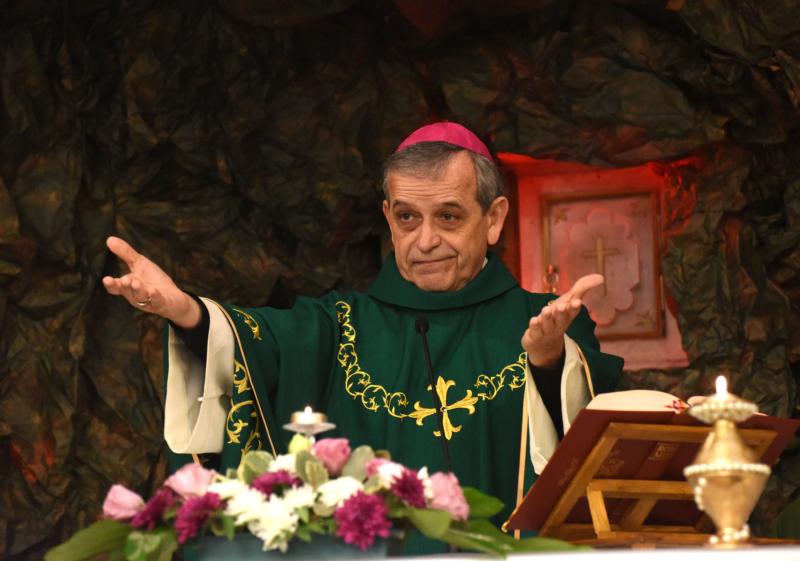 WASHINGTON (CNS) — Catholics have to learn to see innocence in the faces of those coming to the U.S., just as they see the innocence of children in the womb, a Seattle auxiliary bishop said Feb. 3 in addressing one the largest gatherings of social ministry leaders from around the country.

But immigrants, children and adults, are sometimes seen as people who “do not deserve” fair wages or benefits or other forms of dignity, even though their exploitation helps maintain a certain level of well-being for many in this country, said Auxiliary Bishop Eusebio L. Elizondo of Seattle in his keynote address “Where Is Your Brother?” at the 2018 Catholic Social Ministry Gathering in Washington.

Some say, “Those people broke the law,” and therefore do not deserve fair salaries, or the right to claim certain social benefits they pay for with their work, said the bishop, adding that no one thanks immigrants they call illegal “for not making the cost of living higher.”

Those people broke the law, yes, but not because they wanted to, he said. Circumstances such as famine, violence, war, disparities and deficient laws have put them in that situation, he said, adding that Christians need to learn to see that reality and realize immigrants are in the United States seeking a better life, like many of the ancestors of citizens of this country.

If people don’t learn to see immigrants as humans in the image of God, “we will never accommodate Jesus” in our hearts, and the message we send Christ is that “there is no room for him” either, Bishop Elizondo said.

Some don’t want “to put a face on the innocent ones in the womb, nor the ones coming to our border,” he said.

We tend to forget our past, he said, because everyone, even the U.S. president, has family that can trace its roots to another land. Instead, people say migrants are taking away “our space, our labor, our food.”

Some focus on the laws some immigrants are breaking, but there are different kinds of laws, he said, civil but also divine. And as citizens we can help improve civil laws, which include many that are imperfect and sometimes sanction actions that, while legal, may not be moral, such as abortion and euthanasia, as well as laws that permit pornography and the legal use of marijuana, he said.

“We have to reaffirm that, of course, every country has the right to craft their own laws. … Yes, absolutely,” he said, but the “ultimate law that Jesus taught us was charity. … He broke the law so many times because of charity.”

And many told him, “you shouldn’t be doing this,” but if it meant being merciful, then call Jesus disobedient, he said.

“Charity for us is the ultimate law,” Bishop Elizondo said of Catholics. Yet some decide to embrace indifference and cling to it instead of clinging to teachings that are difficult to put into practice, yet are the ones Christians must follow, he added.

“We are Christians, we cannot (embrace) indifference,” he said.

Otherwise, Christians will become like the rich man in the parable in the Gospel of Luke, he said, who became indifferent to the suffering of Lazarus, the beggar who ate from his crumbs. After death, Lazarus goes to heaven and the rich man goes to hell because of his indifference, the Gospel says.

We have to put a face on the immigrant, see that he or she is a person, a brother or sister in Christ, not look at him or her with indifference, he said.

“That’s our goal, to discover in every single human (a brother or a sister). Is that easy? No,” he said, but it’s what it means to become a follower of Jesus.

In that sense, the bishop continued, the church doesn’t need more members, if the ones who are already there are not willing to do the hard work it takes to become true disciples of the charity and love of Christ.

And we will all have a day of reckoning before the Lord and will have explain how we have treated our brothers and sisters, “the president, lawmakers … they will have to respond to our Creator,” he said.

We have become like the modern-day rich man in the parable, indifferent to the exploitation and suffering of others, incapable, like the rich man, of seeing the person in front of us as a brother or sister, focusing instead on hurling reproach, according to Bishop Elizondo..

“That’s the way we’ve become. Too many legalities, and too little charity,” he said.

NEXT: Indigenous leader pleads with Catholics to help in plight of the earth