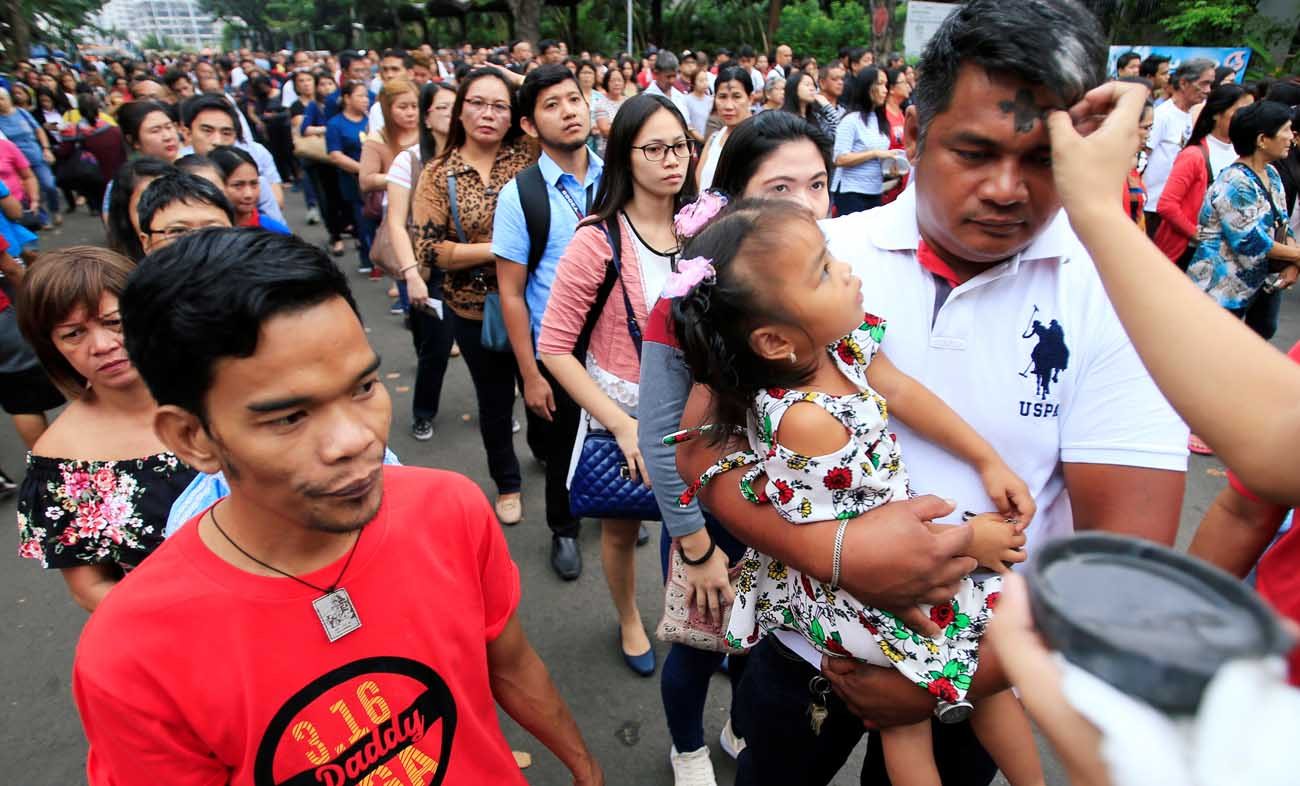 A lay minister marks a cross on the forehead of a man during Ash Wednesday Mass Feb. 14 outside the National Shrine of Our Mother of Perpetual Help in Paranaque, Philippines. A bishop in the Philippine capital of Manila ordered an investigation into reports that several Massgoers developed rashes after having their foreheads marked with ash at San Roque Cathedral in the Diocese of Kalookan. (CNS photo/Romeo Ranoco, Reuters)

MANILA, Philippines (CNS) — A bishop in the Philippine capital has ordered an investigation into reports that several Massgoers developed rashes after having their foreheads marked with ash on Ash Wednesday.

Bishop Pablo Virgilio David of Kalookan said a thorough investigation will be carried out, and even suggested the ashes used at San Roque Cathedral might have been purposely contaminated.

“Rest assured that we will not leave a single stone unturned in order to find out what caused this unfortunate incident,” the prelate said to ucanews.com.

Bishop David said several Massgoers reported feeling a burning sensation on their foreheads immediately after being marked. When the people washed the ashes off, rashes and blisters appeared on their skin.

The ashes in question were not used after reports were received.

Doctors who examined the rashes said a chemical substance caused the skin burns. The ashes were still being tested in a laboratory Feb. 16.

Bishop David said his office was still investigating whether staff had done something with the ashes, although they maintained they followed tradition in preparing them for distribution.

He has already ordered a review of close-circuit television footage to look for possible “sabotage.”

NEXT: Acknowledge sin, but look for signs of God at work, pope tells priests