Pope says he prays for those who call him a heretic 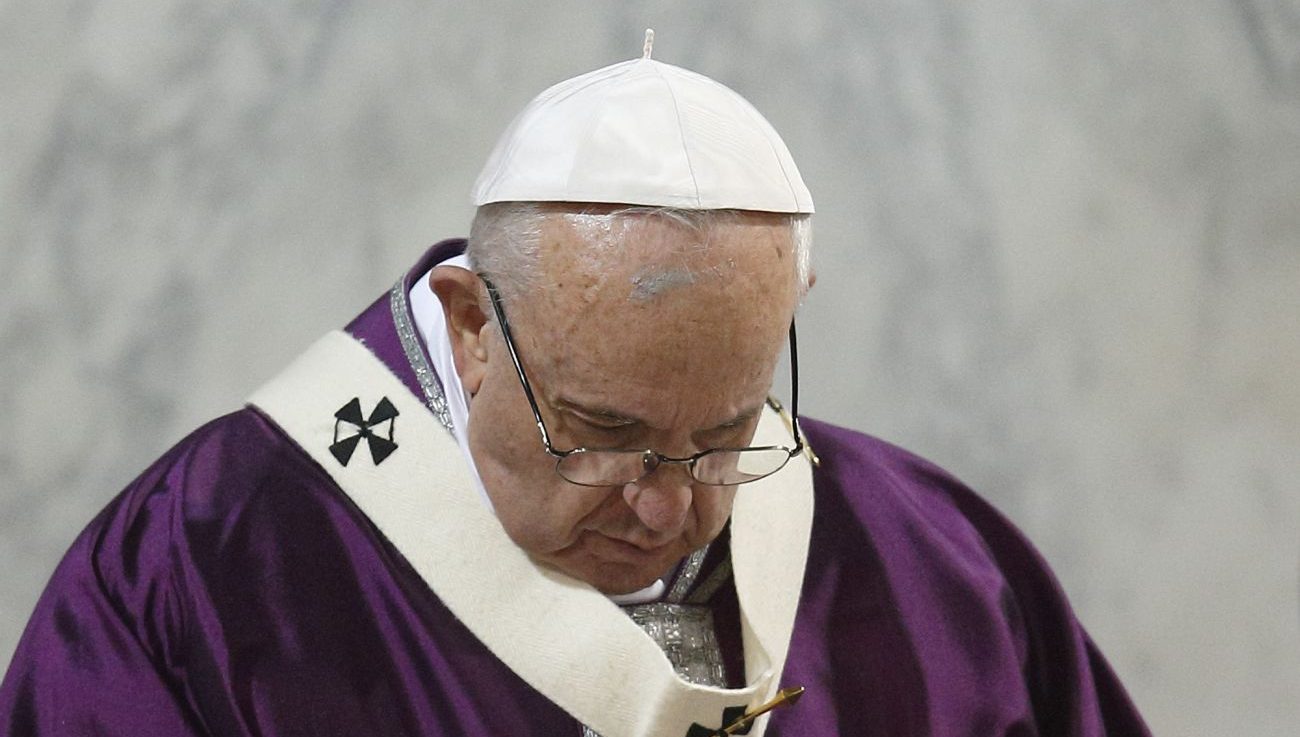 Pope Francis is pictured with ashes on his forehead during Ash Wednesday Mass at the Basilica of Santa Sabina in Rome in this Feb. 14, 2018, file photo. (CNS photo/Paul Haring)

VATICAN CITY (CNS) — Pope Francis said he tries to dialogue with those who disagree with him in the hope that he will learn something; but he just prays for those who call him a heretic.

“When I perceive resistance, I seek dialogue whenever it is possible; but some resistance comes from people who believe they possess the true doctrine and accuse you of being a heretic,” the pope told a group of Jesuits during a meeting Jan. 16 in Santiago, Chile.

“When I cannot see spiritual goodness in what these people say or write, I simply pray for them,” Pope Francis said in response to a question about the “resistance” he has encountered as pope.

The exchange was part of the usual question-and-answer session Pope Francis has with Jesuit communities during his papal trips abroad. With the pope’s approval, the Jesuit journal Civilta Cattolica publishes a transcript of the conversation several weeks later. The text from the January trip was released Feb. 15.

Pope Francis told the Jesuits in Chile that he tries not to think of opposition as “resistance,” because that cuts off an opportunity for dialogue, discernment and learning something or at least recognizing a need to explain something better.

As for blogs and internet sites devoted to leading the “resistance” against him, Pope Francis said, “I know who they are, I know the groups, but I do not read them for my own mental health.”

People are naturally resistant to change, and “this a great temptation that we all faced in the period after the Second Vatican Council,” the pope said. The resistance continues today with some people trying to “relativize” or “water down” the council’s teachings and the course it set for the church.

As he has told most communities of Jesuits he has met with over the past five years, Pope Francis told the groups in Chile and Peru that the church needs them to share their expertise in St. Ignatius of Loyola’s formal process for discernment, which involves prayerfully seeing where God is at work and where God wants to lead a person.

“One of the things that the church most needs today is discernment,” the pope said. “This is put very clearly in the pastoral perspectives and objectives of ‘Amoris Laetitia,'” the 2016 apostolic exhortation on the family.

“We are used to a ‘yes, you can’ or ‘no, you can’t’ mentality,” the pope said. “If you take a look at the panorama of reactions to ‘Amoris Laetitia,’ you will see that the strongest criticisms of the exhortation are against the eighth chapter: ‘Can a divorced person receive communion, or not?’ But ‘Amoris Laetitia’ goes in a completely different direction; it does not enter into these distinctions,” the pope said. Instead, “it raises the issue of discernment.”

Picking up the same themes Jan. 19 during a meeting with Jesuits in Peru, the pope said he was convinced God was asking the church to be evangelizing, missionary, reaching out — the “church as a field hospital.”

In many ways, he said, the resistance to the changed approach he has proposed “is a good sign. It is a sign that we are on the right road, this is the road. Otherwise the devil would not bother to resist.”

NEXT: Cardinal Tagle says everyone has a little migrant in their soul