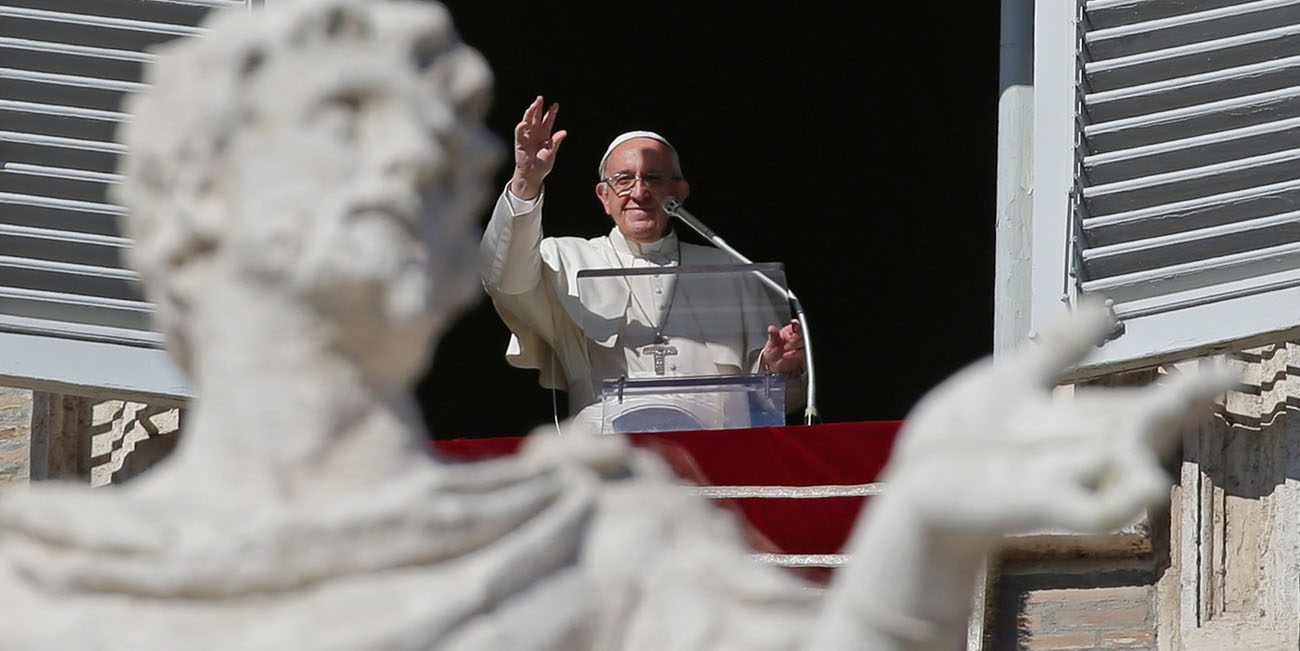 Pope Francis leads the Angelus from the window of his studio overlooking St. Peter's Square Feb. 4 at the Vatican. (CNS photo/Max Rossi, Reuters)

VATICAN CITY (CNS) — With so many direct attacks on human life, from abortion to war, Pope Francis said he is worried that so few people are involved in pro-life activities.

Reciting the Angelus prayer at the Vatican Feb. 4, Pope Francis marked Italy’s Pro-Life Sunday and also called for a day of prayer and fasting for peace Feb. 23, with special prayers for Congo and South Sudan.

Some 20,000 people gathered in St. Peter’s Square for the Angelus. Many of them carried the pro-life movement’s green balloons with the message, “Yes to life.”

Thanking all the “different church realities that promote and support life in many ways,” Pope Francis said he was surprised there were not more people involved.

Pope Francis asked for prayers that more people would become aware of the need to defend human life “in this moment of destruction and of throwing away humanity.”

With conflict continuing in many parts of the world, the pope said it was time for a special day of prayer and fasting for peace and that it was appropriate for the observance to take place Feb. 23, a Friday in Lent.

“Let us offer it particularly for the populations of the Democratic Republic of Congo and of South Sudan,” he said.

Fighting between government troops and rebel forces and between militias continue in Congo, especially in the East, but tensions also have erupted as protests grow against President Joseph Kabila, whose term of office ended in 2016. New elections have yet to be scheduled.

Pope Francis asked “our non-Catholic and non-Christian brothers and sisters to join this initiative in the way they believe is most opportune.”

And he prayed that “our heavenly Father would always listen to his children who cry to him in pain and anguish.”

But individuals also must hear those cries, he said, and ask themselves, “‘What can I do for peace?’ Certainly we can pray, but not only. Each person can say ‘no’ to violence” in their daily lives and interactions. “Victories obtained with violence are false victories, while working for peace is good for everyone.”

PREVIOUS: Vatican, China nearing agreement on bishops, according to reports