Prayer for peace in Congo, South Sudan a call to action, cardinal says 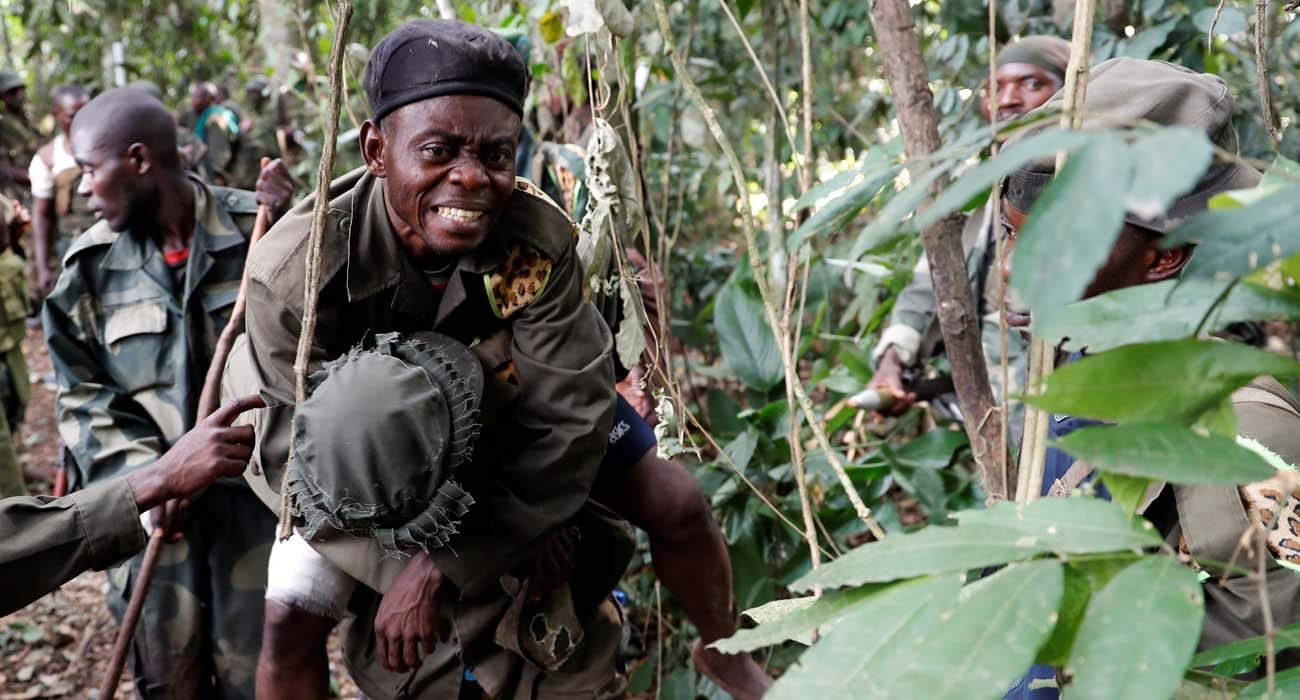 A wounded soldier from the Congolese armed forces is carried Feb. 19 near the town of Kimbau, Congo. (CNS photo/Goran Tomasevic, Reuters)

VATICAN CITY (CNS) — Pope Francis’ call for a day of prayer and fasting for peace in war-torn countries like South Sudan and Congo is also a reminder for world leaders to protect their countrymen from violence and injustice, a Vatican official said.

In an article for L’Osservatore Romano, the Vatican newspaper, Cardinal Peter Turkson, prefect of the Dicastery for Promoting Integral Human Development, said leaders have “the duty of securing a peaceful life for their fellow citizens.”

“We will ask the Lord to tear down the walls of enmity and strengthen the will of government leaders to look for peaceful solutions through dialogue and secure negotiations,” the cardinal wrote in the article, published Feb. 22.

In early February, Pope Francis had called for a day of prayer and fasting for peace Feb. 23, with special prayers for Congo and South Sudan.

“Our heavenly Father always listens to his children who cry out to him in pain and anguish; he heals the brokenhearted, and binds up their wounds,” the pope had said.

Fighting involving government troops, rebel forces and militias continues in Congo, especially in the East, but tensions also have erupted as protests grow against President Joseph Kabila, whose term of office ended in 2016. New elections have yet to be scheduled.

Expressing sadness over the violent deaths of peaceful protestors, Cardinal Turkson said the international community has “the responsibility of guaranteeing a nonviolent transition toward a new presidency in Congo.”

He also highlighted the need for action in South Sudan, which became independent from Sudan in 2011 after decades of war. But, just two years after independence, political tensions erupted into violence.

Noting that the situation was so dire that Pope Francis was forced to cancel a planned visit in 2017, the cardinal said action was needed to aid refugees and displaced people “who represent one-fourth of the population.”

“They, too, are men and women, children, young and old who are looking for a place to live in peace,” the cardinal said.

Cardinal Turkson said the pope’s call for a day of prayer “once again shows his care for the universal church and its closeness to the people who suffer most,” as well as a way bring attention to those forgotten by the world.

The day of prayer and fasting is just the latest initiative of Pope Francis “to draw the attention of the international community to extremely painful situations of violence that do not find adequate coverage in the media,” the cardinal said.