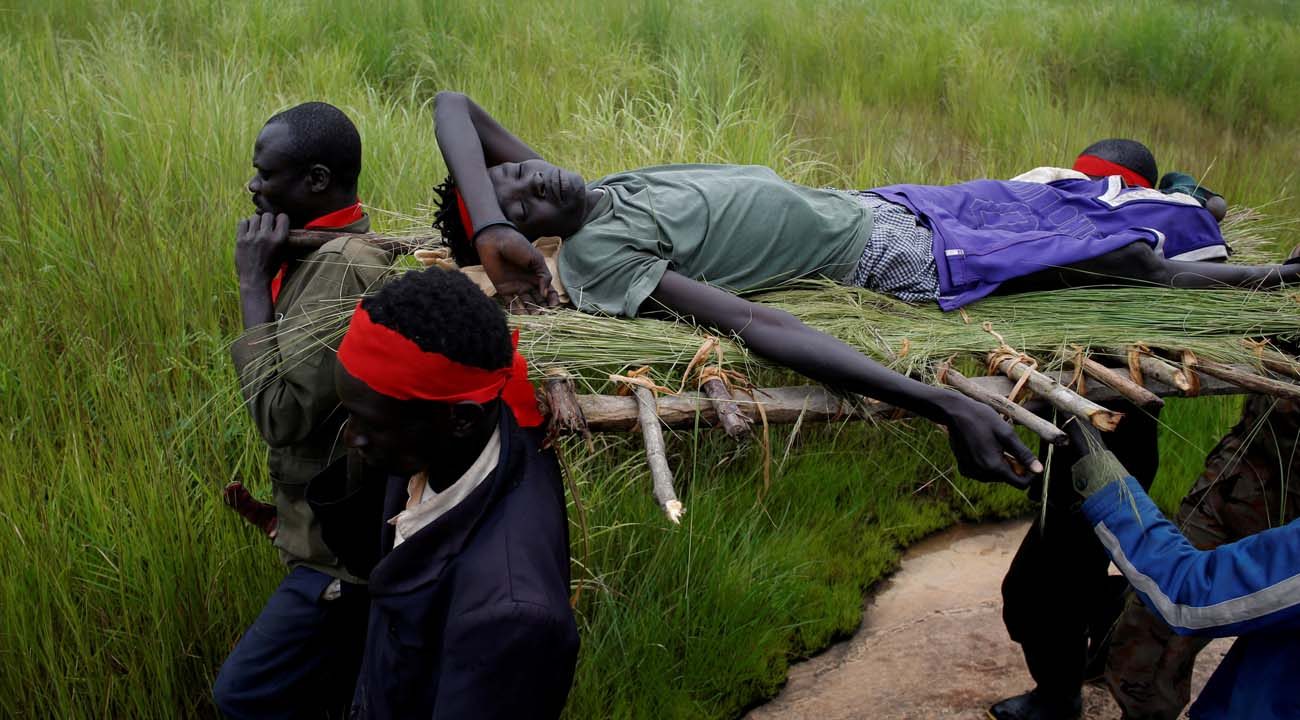 NAIROBI, Kenya (CNS) — On the day Pope Francis designated for global prayers for peace in South Sudan and Congo, Catholic bishops in South Sudan said their leaders needed help to discern how to “beat their swords into plowshares.”

While reiterating that the killings must stop, the bishops warned that the leaders did not know how to make peace, were confused, traumatized and feared peace.

“They are military people who see the world through the lens of violence,” said their Feb. 23 statement.

The current war broke out in December 2013 as a dispute between President Salva Kiir and Deputy President Riek Machar. Within months it took on an ethnic dimension and spread across the country.

Now, agencies say nearly 7 million people are internally displaced inside the country and need urgent humanitarian aid. The war has forced out more than 2 million as refugees. The parties to the conflict have been holding talks in Addis Ababa, Ethiopia.

But the bishops stress that the leaders need spiritual and moral courage to make peace and hold a vision of a future with peace. Many of them are traumatized by the prolonged war, warn the bishops, just like many of the people of South Sudan.

“Trauma can paralyze people, make them behave inappropriately, erode their morale and morals, and lead to self-pity and denial,” they said.

In the war, the leaders have been rallying their tribes around a sacrifice for gains. However, they are afraid to return to the people, since they had nothing to show, the bishops said, so they have chosen war.

“To continue fighting is easier for them than (the) risk of making peace. They fear not only international justice, but they fear what their own people will do to them when they fail,” warned the bishops.

They said more than four years of war constitute a failure of leadership, with tens of thousands of deaths, millions of people displaced, looting, rape, hunger, economic collapse, breakdown of the rule of law, destruction of the nation’s infrastructure, children denied education and families denied health care.

In 2015, the South Sudan Council of Churches offered to create neutral forums where the leaders of the government and of the main opposition parties, other armed groups and political factions could meet for dialogue in a safe space.

“We, the Catholic bishops, pledge our full support to this process,” they said.

The bishops want the forums to include a spiritual retreat, to be led by religious leaders from South Sudan and elsewhere, with nonpolitical themes. The retreat would aim to bring about personal transformation to prepare the participants to face the task of making peace.

Yasmin Sooka, chairwoman of the commission on Human Rights in South Sudan, advocated setting up a court immediately, with a prosecutor working on indictments.

“Under the peace agreement, those indicated can no longer hold or stand for office,” she told a news conference in Nairobi, while releasing report on abuses in the country.

Sooka said this was the only way to stop the rampant devastation of millions of human lives by South Sudan’s leaders.

The report details civilians who have had their eyes gouged, throats slit or even were castrated. Children have been recruited by both sides of the conflict and have been forced to kill. In cases reminiscent of Bosnia, some victims have been compelled to rape close family members, the report says.

Congo has more than 3 million refugees and an estimated 11 million needing humanitarian inside the country.

The bishops have been leading efforts to broker an agreement among the politicians. A political storm ignited in the country after Congolese President Joseph Kabila refused to step aside at the end of his two five-year terms and sought a third term.

On Feb. 23, Congolese prayed in churches and schools, with the bishops inviting all to join as an ecumenical family.

Ahead of the prayers, the bishops had warned of a government attempt to defame and discredit the church; Cardinal Laurent Monsengwo Pasinya was a key government target.

“We will never give up our commitment to the rule of law,” said the bishops, while denouncing a violent repression of protests organized by the church Dec. 31 and Jan. 21.