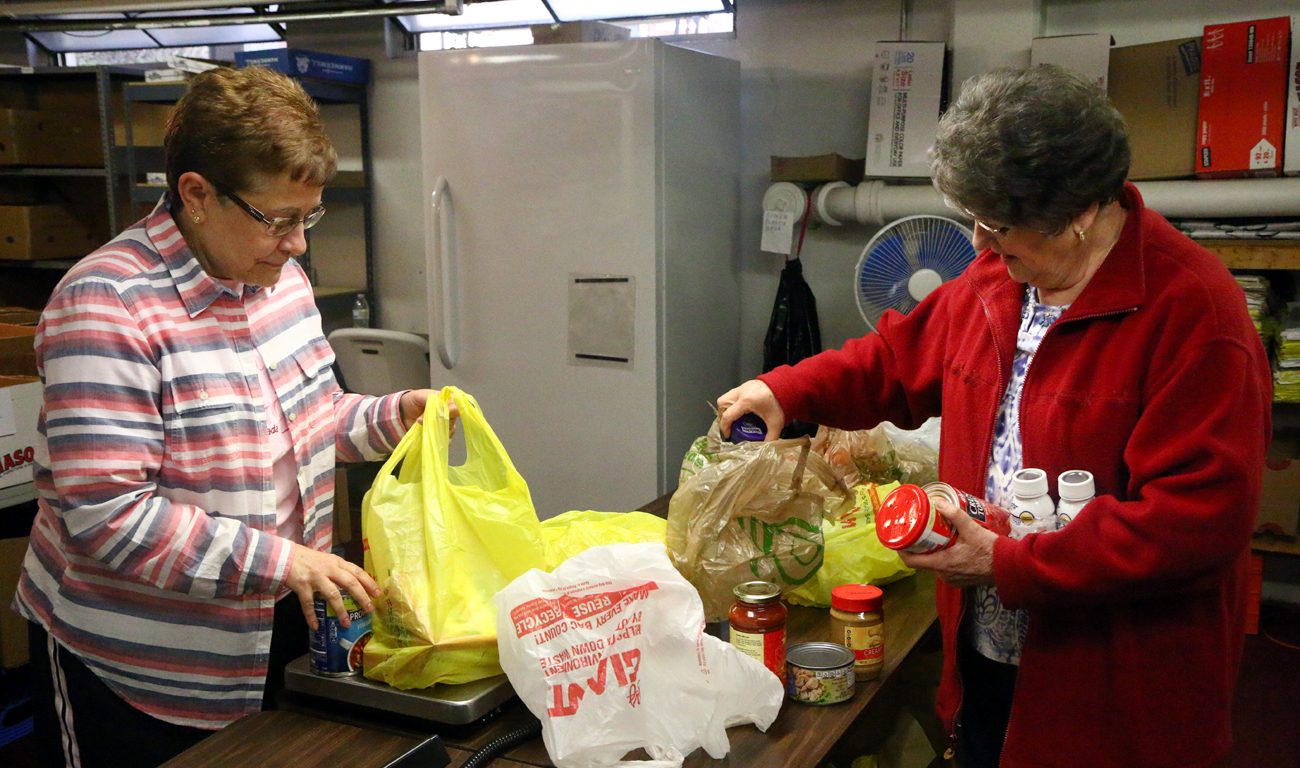 More than 1.6 million Pennsylvanians are experiencing “food insecurity,” which is a lack of consistent access to sufficient nutrition for a healthy life.

In Bucks County alone, approximately 55,000 residents struggle to feed themselves. With a network of committed volunteers, one community food program is helping to meet that challenge.

Located in Levittown, Mary’s Cupboard distributes non-perishable food along with meat, eggs, margarine and toiletries. Thanks to area deer hunters, the pantry even offers venison, along with several recipes.

Once a home-based outreach, Mary’s Cupboard now operates in partnership with Catholic Social Services (CSS) at the CSS Bucks County Family Service Center in Levittown. Volunteers confidentially assess client needs and then match them with the pantry’s supplies, which are regularly donated from approximately 10 area parishes, as well as local businesses and nonprofits such as the United Way.

Supporting parishes include St. Ignatius in Yardley, St. Andrew in Newtown, St. Cyril of Jerusalem in Jamison and St. Michael the Archangel in Levittown, which hosts the CSS center and Mary’s Cupboard on its campus.

The program serves all who walk through the door, regardless of religious background or place of residence.

And while food insecurity is a complex, ongoing issue, Mary’s Cupboard addresses hunger through a unique blend of compassion, determination and business savvy.

(Watch a video of Mary’s Cupboard below.)

The outreach relies on more than 40 volunteers who collect, stock and distribute supplies. Betty Rommet and Ann Hyjurick coordinate operations, having taken the reins four years ago from founder Marion Quinnan Slack.

After meeting Mother Teresa of Calcutta at the 1976 International Eucharistic Congress in Philadelphia, Slack –who will be 96 in May — was inspired to start Mary’s Cupboard in her parish, Queen of the Universe in Levittown.

“It filled a need, and it just grew,” said Rommet, a retired businesswoman who applies her organizational skills to ensure that contributions, which topped 66,000 pounds in 2017, are efficiently tracked and distributed.

Items are meticulously weighed and sorted before being stocked on the pantry’s shelves. Assessment questionnaires note the number of adults and children requiring assistance in a given household.

Rommet observed that a growing number of larger families are seeking assistance.

“People are doubling up,” she said. “You can’t afford the rent, so you move in with your sister or a friend. There might be two or three adults, but maybe six kids.”

Rommet also believes the nation’s opioid epidemic, which has particularly affected the Philadelphia area, is contributing to a spike in applications.

“We’re seeing children who are being raised by their grandparents, or just a single mom,” she said.

The pantry, which functions as an emergency food center, provides a family with five days’ worth of food. Applicants are eligible to receive aid four times a year, enabling the ministry to sustain its support over the long term. 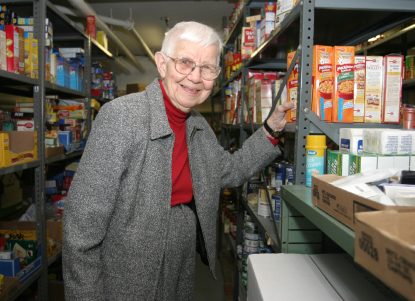 The practical strategy is characteristic of the pantry’s core volunteers, many of whom — like Rommet and Hyjurick — pursued successful business careers prior to their involvement at Mary’s Cupboard.

Rich Petrucco was one such supporter. A former Mobil Oil executive, Petrucco retired at age 55 and volunteered at Mary’s Cupboard from 1992 until his death in October 2017.

A longtime member of St. Ignatius Parish in Yardley, Petrucco channeled what family members called his “intense energy” and corporate expertise into handling special projects at the pantry.

“When they needed something, he would solicit donations in person, or write to the CEO of a supplier,” said son David Petrucco.

Family, friends and CSS staff recently honored Petrucco’s service by dedicating a room at Mary’s Cupboard in his honor. 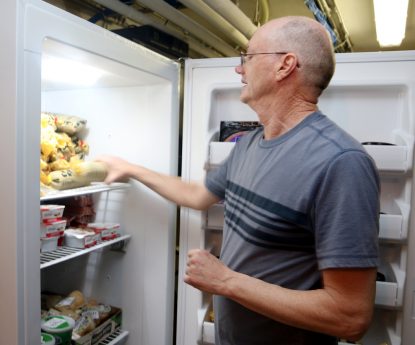 During the Feb. 28 ceremony, Secretary for Catholic Human Services James Amato stressed that lay persons like Petrucco are key to the success of Mary’s Cupboard.

“Any nonprofit needs a strong volunteer commitment,” Amato said. “When you put that together with faith, wonderful things happen.”

Keith Pladsen, a volunteer from St. Andrew Parish, agrees. For the past six years, Pladsen has coordinated his parish’s donations to Mary’s Cupboard, which average between 600 to 1,000 pounds per month.

“Sometimes, the littlest thing has a major impact,” Pladsen said, recalling an encounter with a client of the pantry.

“I was dropping off one of our donations, and he was coming out with his supply of food,” said Pladsen. “He looked in my eyes and said, ‘Thank you — you have helped my family.’ His face said everything to me.”

Eve, a single mother, described Mary’s Cupboard as a blessing, one that even allows her to accommodate food allergies and diabetic restrictions in her family of nine.

“If it wasn’t for this place, I don’t know how my children would eat,” she said.

Although client satisfaction is important to Rommet, the longtime executive is quick to point out that she’s simply doing her job.

“This place is named after the Blessed Mother, and we answer to a higher authority here,” she said. “We are Mary’s hands, and she wants us to feed her children.” 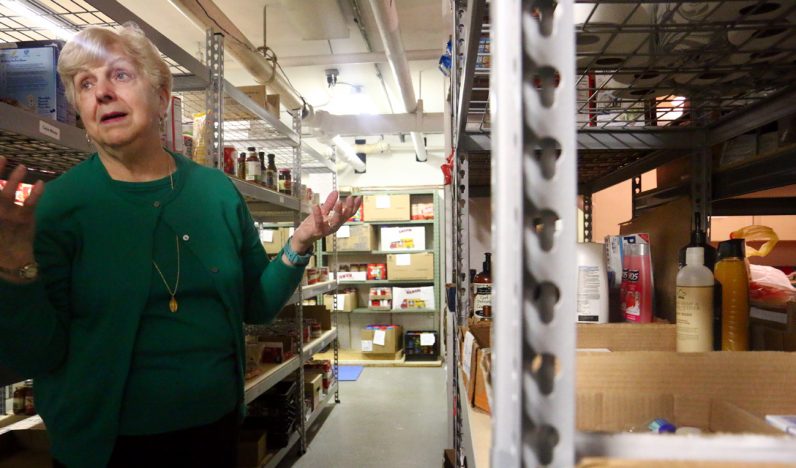 PREVIOUS: Mass for St. Katharine Drexel held not at shrine, but cathedral