Blue Mass celebrated as ‘source of comfort, encouragement’ for police 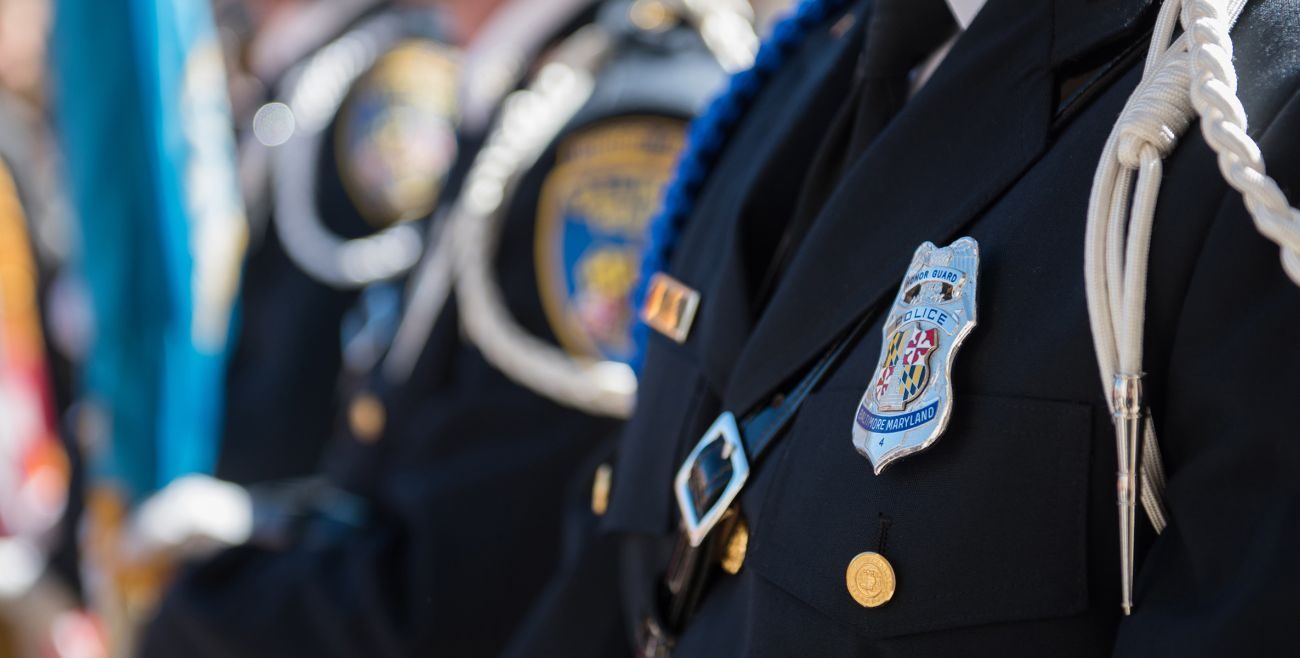 BALTIMORE (CNS) — Sharing the first and second readings on the Third Sunday of Lent at St. Casimir Church in Baltimore March 4 carried added significance for two parishioners, both of whom are police officers.

It was the parish’s feast day, and Baltimore Archbishop William E. Lori presided. He did so not just to acknowledge the 15th-century noble from Poland who is equally revered in Lithuania, but to show his appreciation and support of the Baltimore City Police Department.

“Every day you put your lives on the line to keep the citizens of our city safe, and build bonds of trust,” Archbishop Lori said in his homily. “Every day you strive to strengthen your efforts on behalf of us all as you implement necessary reforms and see to it that your ranks are filled with men and women who are worthy of this high calling.

“The fact that we’ve gathered together as a community of faith to pray with you and for you is meant to be a source of comfort and encouragement to you and your colleagues.”

Police in attendance included Det. Ashley Acord and Lt. Robert Quick Jr., the two lectors. Both are lifelong Baltimoreans who attended Catholic elementary schools on the east side. She went to The Catholic High School of Baltimore; he went to Calvert Hall College High School in Towson.

The challenge inherent in their jobs compounded in 2017, when the city recorded a record number of homicides and a corruption scandal in the Gun Trace Task Force was uncovered.

Archbishop Lori was asked about that landscape before Mass.

“It’s a very challenging climate,” the archbishop said. “It’s a great time to get together and pray, and show appreciation for a most demanding calling.”

The two officers who read at Mass were asked: What gives them additional hope?

“This is the greatest job in the world,” Quick said. “Despite what people say, there is so much good in the world. To be able to help people is very rewarding.”

Their fellow parishioners were out in force in one of the largest churches in the Archdiocese of Baltimore.

The faithful included many young parents with children, wide-eyed at the regalia displayed by uniformed officers, the Knights of Columbus, the Boy Scouts of America and the Maryland Catholic War Veterans, who helped sponsor the Mass.

The first reading from Chapter 20, Verses 1-17, from the Book of Exodus — in which God delivers the Ten Commandments — fell on particularly open ears.

Baltimore Mayor Catherine Pugh and Darryl De Sousa, the new city police commissioner, were at the Mass. It included the distribution of “Ranger Rosaries,” which were blessed by Archbishop Lori.

Gil Barker of the Catholic War Veterans offered the organization’s gratitude, led the reading of “A Police Officer’s Prayer,” and noted that it was “his (Archbishop Lori’s) initiative to have the Mass for police officers.”

“The archbishop told me that he had been wanting to do this for a while,” said Conventual Franciscan Father Dennis Grumsey, pastor of St. Casimir.

PREVIOUS: For some, sitting back in the face of violence just won’t do

NEXT: Families praise cardinal’s plan to expand parish outreach to them