Can axe-throwing Man Tour hit target of leading young men to the church? 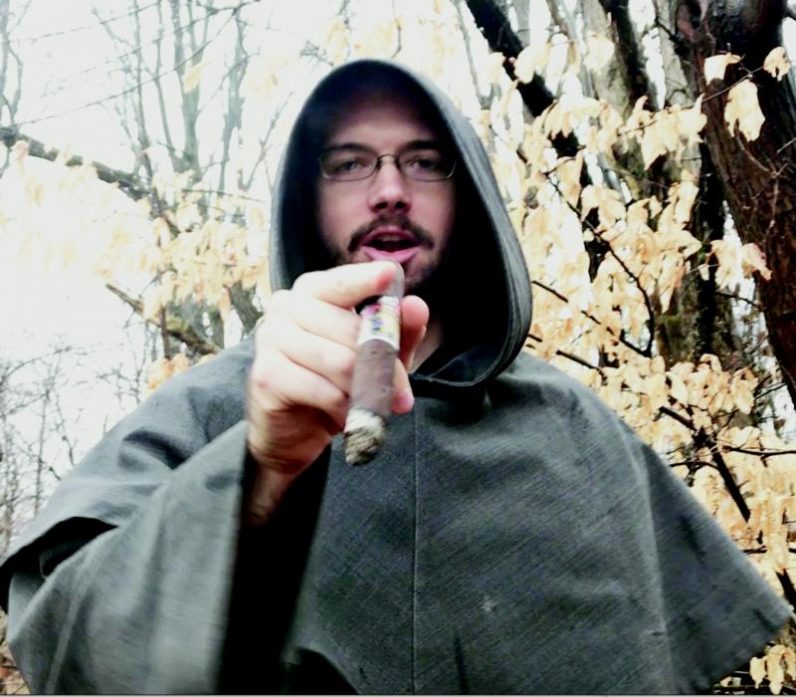 The 28-year-old friar, who’s involved in young adult ministry, wants The Man Tour to deepen the bonds of young men who already share the Catholic faith while also connecting with young men who don’t have a home in the church.

“My main hope is to strengthen the community for guys who are in the core group and to reach out to guys who are on the periphery of the church — to feel some spiritual solidarity together, to make connections across parishes, to build up the church,” Brother Andrew told The Criterion, newspaper of the Archdiocese of Indianapolis.

“Hopefully, it will be a lot of fun, a lot of good energy, and a chance to come together before the Lord,” he said, in advance of what he calls a “night of recreation and holiness.”

The Man Tour, which costs $30, is open to 30 young men. On March 10, participants gathered at the Mount St. Francis Center of Spirituality in Mount St. Francis, in the archdiocese’s New Albany Deanery. It’s where Brother Andrew lives with his fellow Conventual Franciscans.

From the center, the group was chauffeured in two deanery vans to the Flying Axes establishment across the Ohio River in Louisville, Kentucky, where they could throw axes, eat pizza and drink beer.

Brother Andrew explained that Flying Axes is set up like a bowling alley, “but you’re throwing axes at plywood. It’s a really cool concept, a macho thing to do.”

The second part of The Man Tour involved a return to Mount St. Francis for evening eucharistic adoration followed by “cigar smoking and conversation.”

Brother Andrew said that his inspiration for The Man Tour partly came from “my imagination running away from me.”

“I work with a lot of young adults here. Being guys, we were just throwing out ideas of hanging out as guys, doing guy things,” he told The Criterion. “We figured we’d get guys from across the deanery, have some fun together, pray together and build the community of the Church together.”

That element of building community is at the heart of The Man Tour, Brother Andrew insists.

“The thing in my head is the Christian community. It’s a community centered around Christ. We’re having fun, but we’re centering it all around Christ.”

Combining faith and fun is a way of trying to connect with young adults who aren’t closely tied to the church, said Philip Wiese, director of youth ministries for the New Albany Deanery, who helped coordinate The Man Tour with Brother Andrew.

It’s an age group — from 18 to 35 — that’s searching for something deeper, that’s at a defining time in their lives, said Wiese, who is 29, married and the father of four children, with another child arriving soon.

“It’s such an important time,” he explained. “When you become young adults, the questions in life become more clear: Am I going to be married or single? Is the Lord calling me to be a priest or a religious sister? Where am I working, and is the place good for me spiritually or bringing me down? What kind of community am I in, and is it building me up?

When Brother Andrew shared his idea for The Man Tour, Wiese embraced it. He also wants to explore ways to draw young women closer to God and the church through some combination of faith and fun.

“Pope Francis talks about going to the peripheries,” Wiese said. “We need opportunities for people to come into the church and to grow in their relationship with Christ and the church without being overwhelmed—to involve them in something that strikes them as interesting.”

He called The Man Tour one step in that process.

NEXT: Phone, internet subsidy for poorest Americans may go way of rotary dial