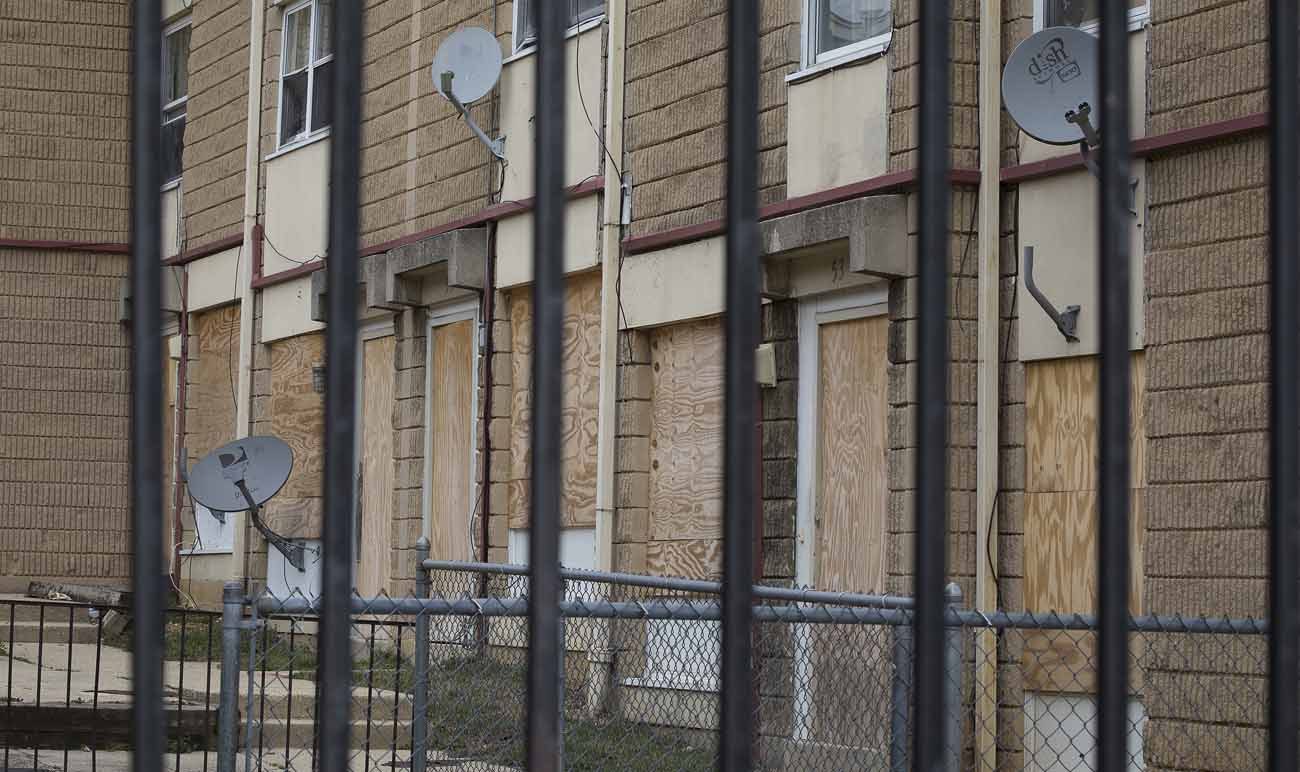 Homes are seen boarded up in downtown Washington, March 13. The city, like most urban areas of the country, faces an affordable housing shortage. (CNS photo/Tyler Orsburn)

WASHINGTON (CNS) — Four New Orleans families are a little better off today since a grass-roots housing program helped them secure an affordable place to live.

The Jane Place Neighborhood Sustainability Initiative opened its first permanently affordable fourplex apartment building in the Mid-City neighborhood in 2016, giving the families stability in their lives and eliminating their worries about whether to pay the rent or the utilities in any given month.

“We’re interested in making sure low- and moderate-income families remain in these neighborhoods that have good amenities because we understand that’s how families thrive,” said Breonne DeDecker, program manager at the Catholic Campaign for Human Development-funded initiative.

Development of eight more units is underway, DeDecker told Catholic News Service. But the need is much greater.

“There’s a big rental mismatch. For every 100 families (who need affordable housing), there are only 44 rental houses,” she said.

The situation in New Orleans is typical of cities across the country. Low- and moderate-income people struggle to find a place that they can afford, is safe and is in good condition.

The challenge is the greatest for people at the lowest income levels.

The National Low Income Housing Coalition said March 13 in its annual assessment of housing availability that the country is 7.2 million rental units short for extremely low-income (ELI) households. The coalition said there are 35 affordable and available rental units for every 100 U.S. households in need.

ELI households are those at or below the poverty level or 30 percent of area median income, which varies from city to city. 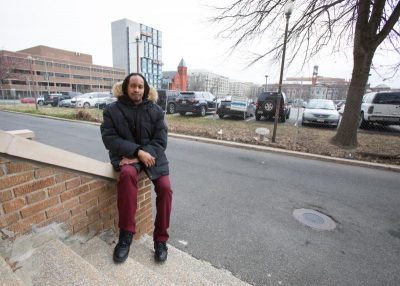 Nathan Brown poses for a photo next to a parking lot that used to be his neighborhood in Washington, March 12. The bulldozing and gentrification effort took place 10 years ago with the promise of building new affordable housing. (CNS photo/Tyler Orsburn)

What’s more, the coalition reported, more than 8 million low-income households are cost-burdened, meaning they pay more than half of their income for rent, said Diane Yentel, the coalition’s president and CEO.

Yentel and other advocates consider the situation a crisis that gets scant attention.

“The affordable housing crisis today is tied to the foreclosure crisis of 2007-2008,” Yentel explained during a media call to discuss the report. “People re-entered the rental market and supply didn’t keep up with demand.”

The growing number of millennials moving into cities and baby boomers who are aging out of homeownership also are driving up rental prices, leaving renters at lower income levels behind.

Randy Keesler, a grant specialist with the U.S. bishops’ CCHD program who has worked on affordable housing issues for 30 years, expressed concern that property owners nationwide are bypassing low- and moderate-income people in favor of high-income professionals and millennials.

“There is tremendous pressure on the existing affordable housing market. People are being pushed out,” Keesler said. The result in many cases is that families are doubling up or splitting up to live among friends and family.

“A lot of people who are doubling up really should be considered homeless because they have no place to go,” he said.

Existing federal rental assistance programs, including Section 8 subsidies, are not the full answer in the eyes of the advocates. They worry that the federal government, in its drive to cut spending to lower annual deficits, will continue to slash funding for most housing programs.

They point to President Donald Trump’s proposed fiscal year 2019 budget as reason for concern. The White House plan calls for an $8.8 billion cut, 18.3 percent, in the Department of Housing and Urban Development budget from 2017 spending levels. Notably, the plan slices more than $4 billion in rental assistance programs, particularly in for housing vouchers and public housing.

It also would implement other reforms including a work requirement for able-bodied individuals.

Using U.S. Census Bureau data, the coalition’s report shows that 84 percent of extremely low-income renters are senior citizens, people with disabilities or caregivers with some already in the workforce.

A 2017 coalition analysis determined the housing wage for households to afford a two-bedroom unit in all 50 states and the District of Columbia. The wage varies from $13.72 an hour in Arkansas to $35.20 an hour in Hawaii. ELI renters usually earn far below those amounts.

Affordable housing advocates are calling on the federal, state and local governments work with foundations and private investors to develop new affordable housing, preserve and rehabilitate existing housing, and boost federal assistance in areas where new developments are not an option.

Catholic Charities USA has made affordable housing one of its top priorities in recent years and is working to build partnerships to get local projects funded. 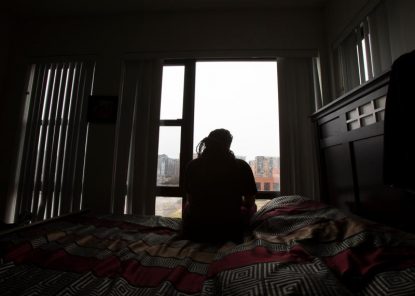 Curtis Johnson, the agency’s senior director of housing strategy, said best practices are being shared among diocesan Catholic Charities programs so that projects can meet government requirements, be completed more quickly and connect with a wider range of local partners.

Steve Caprobres, executive director of Housing for Hope of Catholic Charities in the Diocese of Phoenix, said most middle-income residents acknowledge the large need for affordable housing, but that for a variety of reasons they reject it in their neighborhoods.

“The challenge is that housing must be put close to services, social services, good schools, hospitals, grocery stores,” he explained. “We try to help them understand that the people (in need) are already in their community.”

The solution may lie in partnerships that involve all levels of government, community foundations and the private sector, Caprobres said.

Caprobres called for maintaining the Low Income Housing Tax Credit and increasing the amount available to private investors, thereby boosting the appeal of affordable housing projects. In addition, he advocated for more rental assistance, especially because the federal government is moving away from large-scale public housing projects.

“If the government doesn’t want to do public housing or own or operate housing, then let us work with the private sector to place people in other properties that are out there, but help them with rental assistance,” he said.

Numerous other efforts to find solutions exist across the country. Grass-roots organizations working on affordable housing are among the most widely funded by CCHD. For example, My Front Door in Cheyenne, Wyoming, encourages home ownership among moderate-income families.

Brenda Birkle, deputy director, said the program has helped 43 families purchase homes. None have been delinquent or defaulted on mortgage payments, she told CNS.

From entry into the CCHD-funded program, it can take seven years before a family moves into their own home. Birkle said the program helps people pay off their debt, implement a savings program and follow a monthly budget.

“Our program is a wealth-building program,” she explained. Families can stay in the program even as their incomes rise. “There’s incentive for doing well.”