Even when people reject God, his love is never lacking, pope says 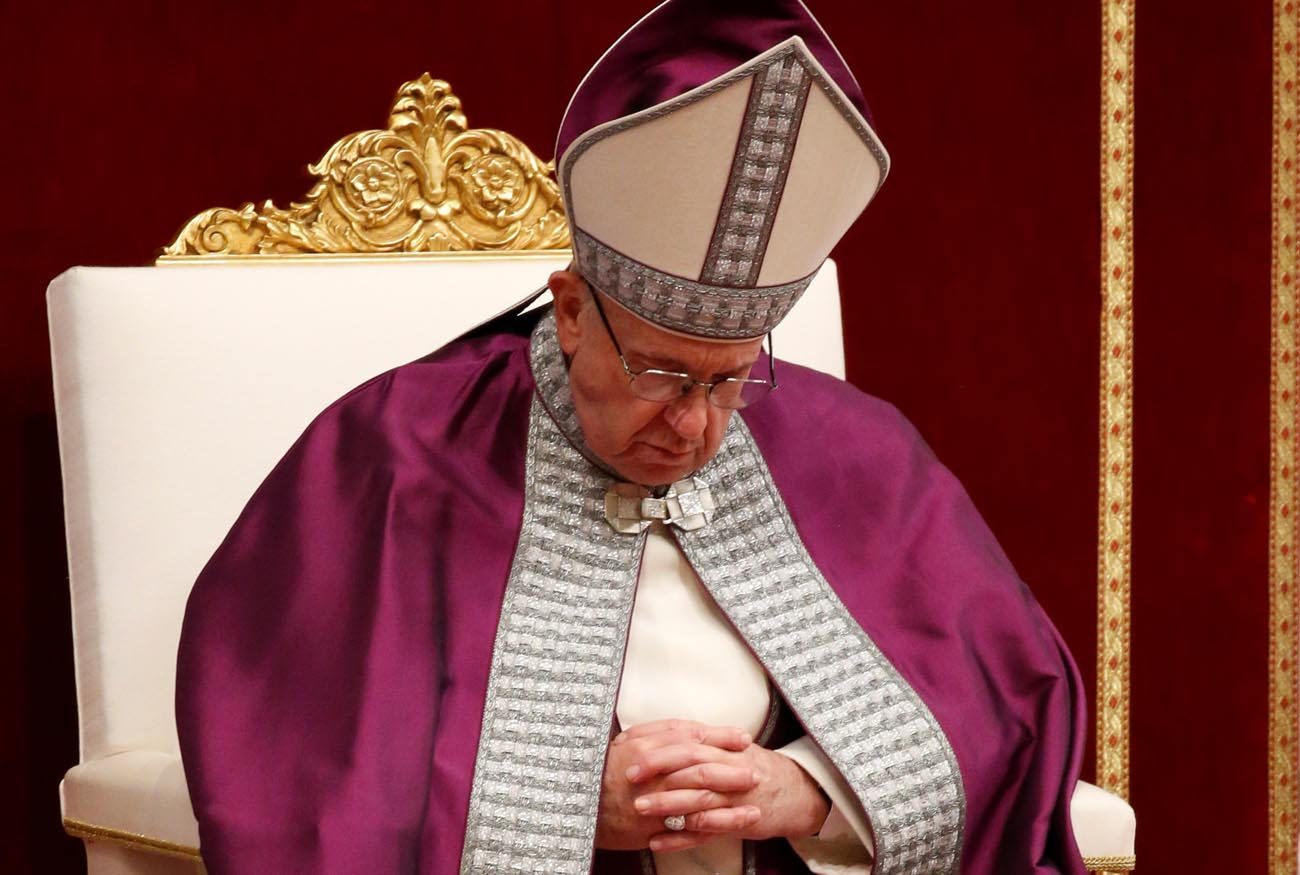 VATICAN CITY (CNS) — God’s love is never lacking, despite people’s sins and rejection of his presence in their lives, Pope Francis said at a Lenten penance service.

“Sin is the way that we distance ourselves from him. Yet that does not mean that God distances himself from us. The state of weakness and confusion that results from sin is one more reason for God to remain close to us,” he said March 9.

The penance service in St. Peter’s Basilica marked the start of the worldwide celebration of “24 Hours for the Lord,” a period when at least one church in every diocese was invited to be open all night — or at least for extended hours — for confession and eucharistic adoration.

After delivering his homily at the service, Pope Francis walked to one of the confessionals in the basilica and knelt in front of a priest to confess his sins. Then he went to a confessional, put on a purple stole and waited each penitent to approach. He heard confessions for one hour.

Dozens of other priests were stationed in other confessionals, or chairs in quiet corners, to hear confessions.

In his homily, the pope reminded people how “the love of God is always greater than anything we can imagine; it even reaches beyond any sin with which our conscience may charge us.”

“His is an infinite love, one that knows no bounds. It is free of all those obstacles that we, for our part, tend to set in front of others, out of fear that they may strip us of our freedom,” the pope said.

That hope of receiving God’s grace is what guides people back, when “our life has lost its direction,” as it did when Peter denied Christ three times.

Peter believed that he would teach his master, that he would die for Jesus, the pope said. “Instead, it is Jesus who goes off to die for Peter. Peter had not understood this; he didn’t want to understand it.”

Realizing the immensity of the Lord’s love for him, Peter finally lets himself be loved, he said.

Peter “had always refused to let himself be saved by Jesus alone, and so he did not want Jesus to love him completely,” the pope added.

“How truly difficult it is to let ourselves be loved! We would always like a part of us to be freed of the debt of gratitude, while in reality we are completely indebted, because God loved us first and, with love, he saves us completely.”

The pope asked people pray for the grace to know the greatness of God’s love, “which wipes away our every sin. Let us allow ourselves to be purified by love, in order to recognize true love!”

NEXT: Salvadoran newspaper describes miracle for Blessed Romero cause