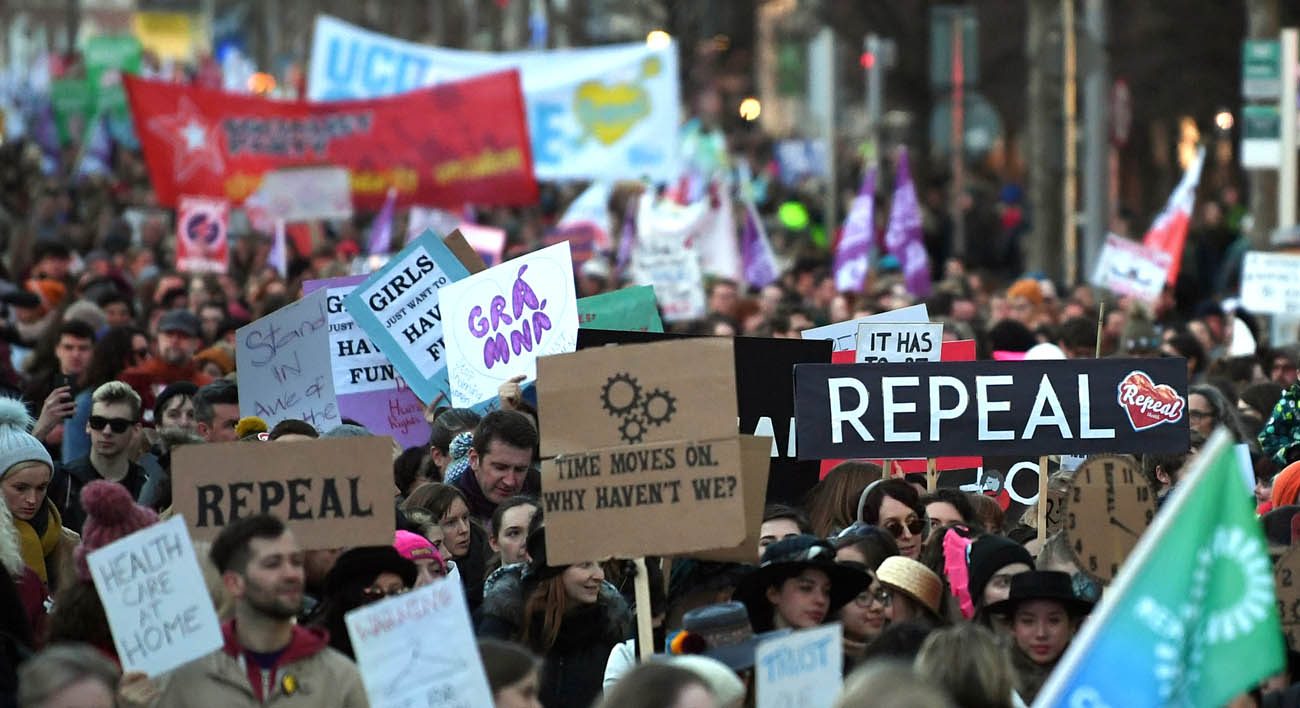 Demonstrators hold posters as they march for more liberal Irish abortion laws March 8 in Dublin. Ireland's Catholic bishops have described as "shocking" a government proposal to hold a referendum on whether the constitutional right to life of unborn children should be removed. (CNS photo/Clodagh Kilcoyne, Reuters)

DUBLIN (CNS) — Ireland’s Catholic bishops have described as “shocking” a government proposal to hold a referendum on whether the constitutional right to life of unborn children should be removed.

The government announced March 8 plans to hold a referendum on the constitutional article, which guarantees the equal right to life of the child with due regard to the life of the mother. The poll is expected to be held in May.

If the article is deleted, the government has announced plans to permit abortion on demand up to 12 weeks’ gestation and up to birth where there is claimed to be a risk to the life of the mother.

In a statement, the Irish bishops’ conference said removing the constitutional protection “would leave unborn children at the mercy of whatever permissive abortion laws might be introduced in Ireland in the future.” It described the proposals as “a shocking step” and described the plan as “a manifest injustice to the unborn.”

Currently, abortion is only permitted in Ireland where there is a risk to the life of the mother.

NEXT: Even when people reject God, his love is never lacking, pope says