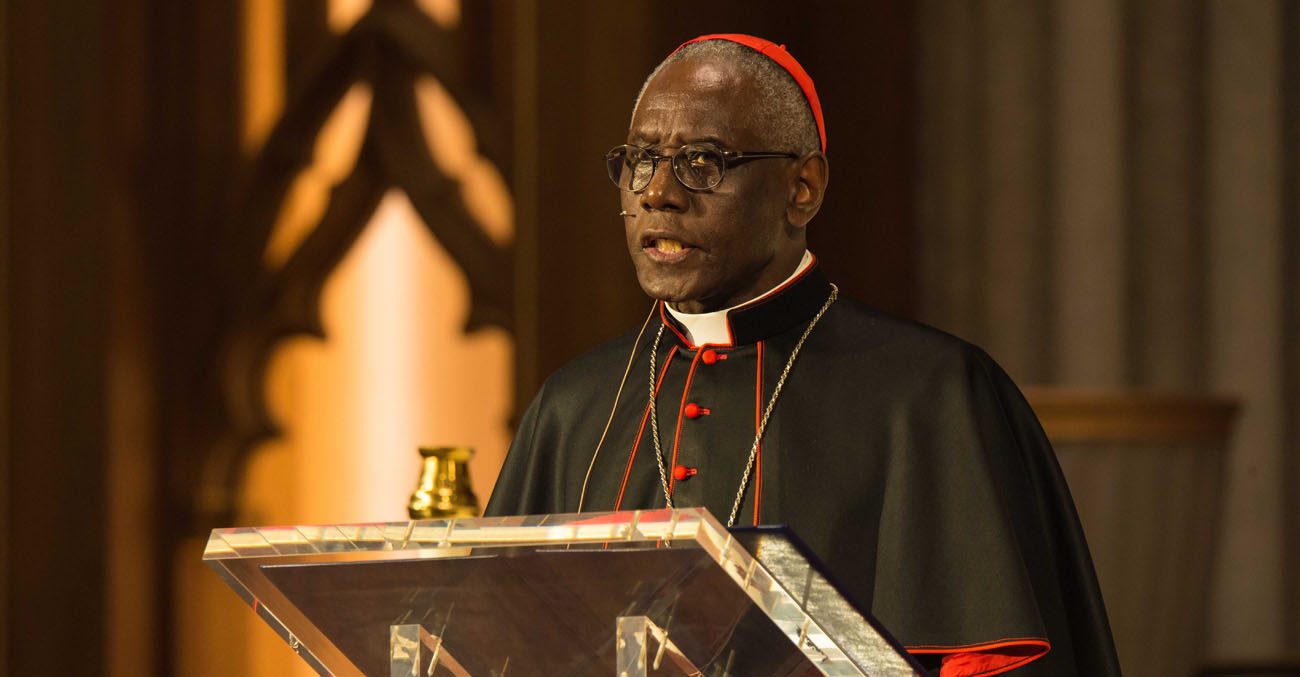 TORONTO (CNS) — One of the Catholic Church’s most outspoken leaders urged a rapt audience in St. Michael’s Cathedral to embrace silence and be alert to the danger of filling their days with constant news and distraction.

In silence people find God, discover who they are and equip themselves for a meaningful life, said Cardinal Robert Sarah of Guinea, head of the Vatican’s Congregation for Divine Worship and the Sacraments.

“An awesome task is given to us, a difficult task,” the African cardinal told an overflow crowd of 1,200 March 12. “Every one of us is given the task to live freely, to live with dignity.”

His lecture had originally been scheduled for St. Basil Church on the campus of the University of St. Michael’s College, but the free, online tickets were quickly snapped up, and it became apparent that church was too small to meet the demand.

Cardinal Sarah has made news with pronouncements on liturgy that have not always agreed with Pope Francis. At a 2016 liturgical conference in England, he encouraged priests to celebrate Mass “ad orientem” (with their backs to the assembly), prompting a clarification from the Vatican press office. In 2017, his office released a commentary on Pope Francis’ “motu proprio” in which Cardinal Sarah seemed to dispute the pope’s decision to remove the authority over liturgical translations from his office and restore it to conferences of bishops. Cardinal Sarah was subsequently corrected by Pope Francis in a public letter.

But the Toronto lecture left the liturgy wars aside and concentrated on the message of the cardinal’s most recent book on the importance of silence in people’s spiritual lives. He laid out precisely how a Christian can acquire the freedom, dignity and will to discover a deeper life in Christ. The one tool at every Christian’s disposal must be silence, Cardinal Sarah said.

Silence is the space that allows God into our lives, said the cardinal.

The evening began with vespers led by Toronto Cardinal Thomas Collins, with a pair of seminarians destined for ordination in May at his side, all in Lenten purple.

Though university students were a minority in the crowd, Cardinal Sarah had prepared his remarks for a youthful audience. He challenged students to abandon their smartphones and other distractions and discover prayer and contemplation in silence.

“How can we be silent together in a way that can be fruitful for our common life?” Cardinal Sarah asked. “For a Christian, it is liturgy.”

Marvels of technology have made it more difficult to know and to learn the value of silence. Cardinal Sarah urged his audience to keep technology in its proper place.

“Technology is only ever a means. Technological development is never an end in itself. Technology does not satisfy our deepest desires,” he said.

“I challenge all of you, think differently about what it means to relax and unwind,” he said. “Let us seek silence, for in silence we come to know God and to know ourselves.”

John Neary, a former firefighter, came to the cathedral in his wheelchair, eager to deepen his understanding of the faith.

Neary said his key takeaway from Cardinal Sarah’s lecture was: “Be silent. Sit there and appreciate everything that God has given to us.”

NEXT: Church leaders praise Hawking for contribution to science, dialogue