Pakistan bishops meet pope, hope he will visit their country 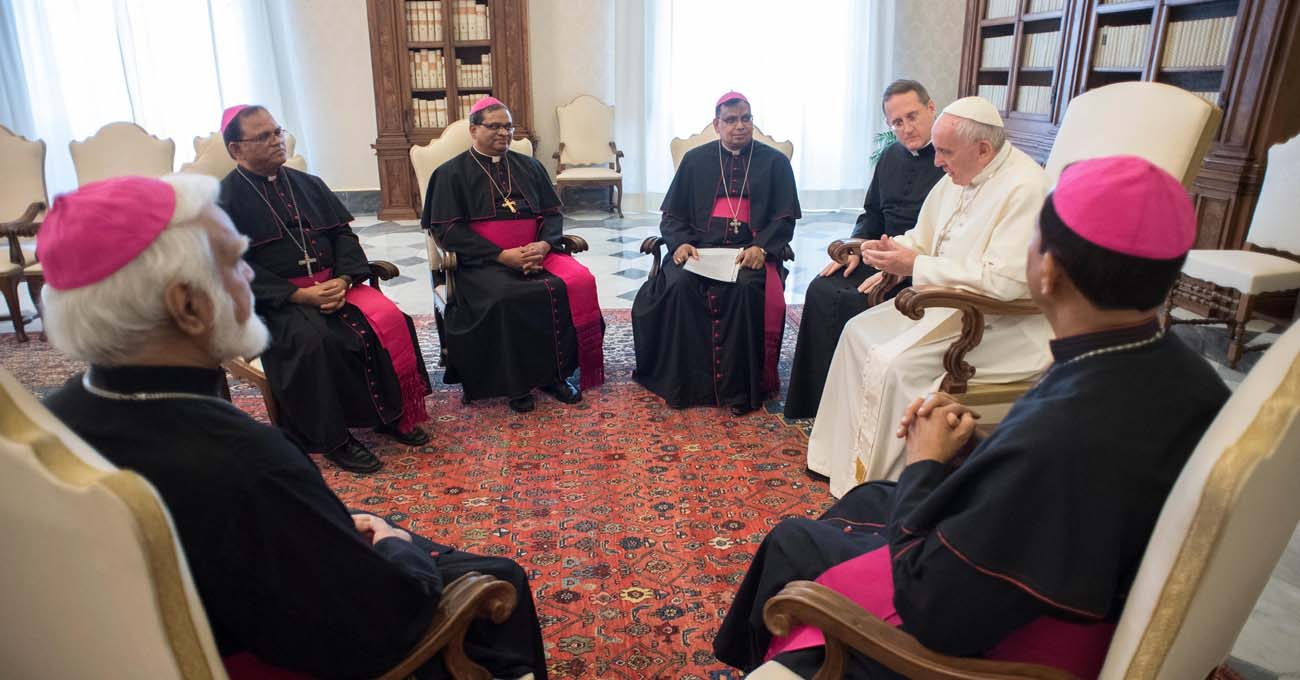 VATICAN CITY (CNS) — Sitting in a small circle with Pope Francis in the papal library, five bishops of Pakistan felt like they were having a family discussion, including about their problems, said Archbishop Joseph Arshad of Islamabad-Rawalpindi.

The archbishop, president of the Pakistan bishops’ conference, spoke to Vatican News March 15 after the meeting with the pope as part of the Pakistani bishops’ “ad limina” visits, which every bishop in the world makes to the Vatican periodically to report on the status of his diocese, to discuss his diocese’s most pressing concerns and to affirm bonds with the pope.

The problems of Pakistan’s small Catholic community — just 2 percent of the population — are serious, the archbishop said. But some of the worst problems, like discrimination or becoming victims of an abuse of the country’s anti-blasphemy laws — impact other groups as well, including members of the Muslim majority, he said.

For example, he said, while there are famous cases of Christians falsely being accused of blasphemy against Islam and the prophet Muhammad, the same happens to Muslims. But, he said, “the government is taking steps” to make it harder to abuse the law.

And, Archbishop Arshad said, Catholic leaders in the country continue to be committed to dialogue with their Muslim counterparts, which “is very important.”

“If circumstances permit,” he said, “we would like the Holy Father to come visit us because he loves us.”