Pope: Christians may be sinners, but they can’t be corrupt, mafioso 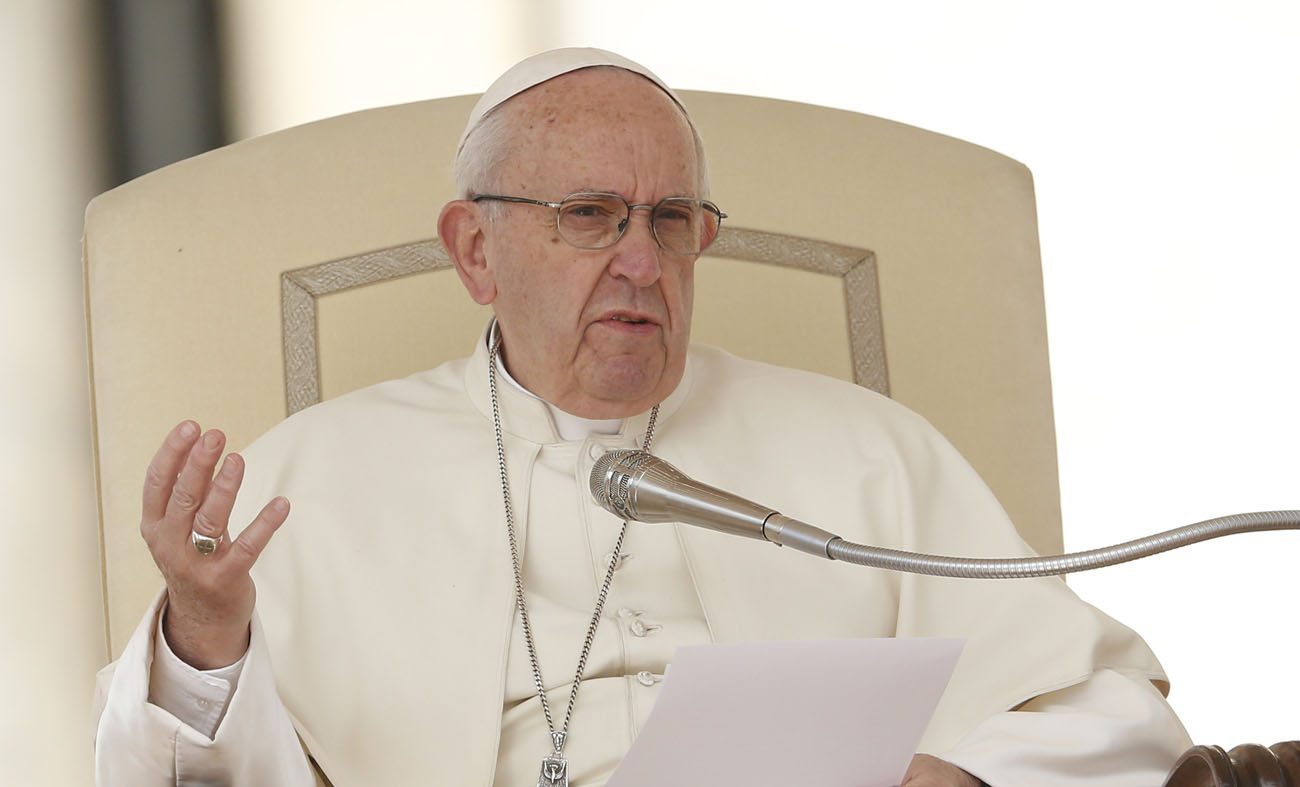 Pope Francis delivers his talk during his general audience in St. Peter's Square at the Vatican March 28. (CNS photo/Paul Haring)

VATICAN CITY (CNS) — Though they may go to church and say they are people of faith, the corrupt and “mafioso” have absolutely nothing Christian about them, Pope Francis said.

“They call themselves Christian, but they carry death in their souls and bring death to others,” the pope said during his weekly general audience in St. Peter’s Square March 28.

While the pope dedicated his audience talk to explaining the Triduum liturgies that commemorate the Last Supper and Jesus’ passion, death and resurrection, he diverted often from his prepared text and had particularly strong words against those who think they are honorable and justified without ever recognizing their own sins.

“If Christians truly let themselves be cleansed by Christ, if they truly let him strip the old from them in order to walk in new life — while remaining sinners, because we are sinners — they can no longer be corrupt, can no longer live with death in their soul or be the cause of death,” he said.

“Jesus’ justification saves us from corruption,” he added. “We are sinners, but not corrupt.”

“And here I have to say something sad and painful,” he said, looking up from his written remarks.

“There are fake Christians, those who say ‘Jesus is risen. I have been justified by Jesus. I have new life, but I live a corrupt life.’ These fake Christians will have a terrible end,” he said.

“A Christian, I repeat, is a sinner. We are all sinners; I am one,” the pope said. “But we are certain that when we ask forgiveness, the Lord will forgive us. The corrupt person pretends to be an honorable person but, in the end, there is putrefaction in the heart.”

The new life that Jesus gives people leaves no place for “death in the soul” or for being the cause of someone’s death, which brings to mind “these so-called mafiosi Christians,” the pope said.

They call themselves Christian, but “they have nothing Christian about them,” he said, asking people to pray that God may touch their souls.

With baptism, people are risen with Jesus, and “we are dead to the things and logic of the world; we are reborn as new creatures,” which also demands a real and concrete response in life every day.

“The love that Jesus gave to us” now must be given to one’s neighbor, especially the least and those most in need, he said. “The world becomes the place of our new life” renewed in Christ.

“Standing with our head held high, we can share the humiliation of those who still today, like Jesus, are suffering, naked, in need, lonely, in death, in order to become, thanks to him and with him, instruments of redemption and hope, signs of life and resurrection,” Pope Francis said.

He encouraged people to take part in a tradition that is followed in his native Argentina and other countries: “When the bells start ringing on Easter day, mothers and grandmothers take their children and wash their eyes with water as a sign” of seeing things anew, things Jesus would see.

People do not have to pay anything to be justified — it is not earned or won — it is given freely, he said. “This is how great Jesus’ love is. He gives his life freely to save us, to renew us, to forgive us. And this is the very heart of this Easter period.”