Study of the universe ‘an act of worship,’ Vatican astronomer says 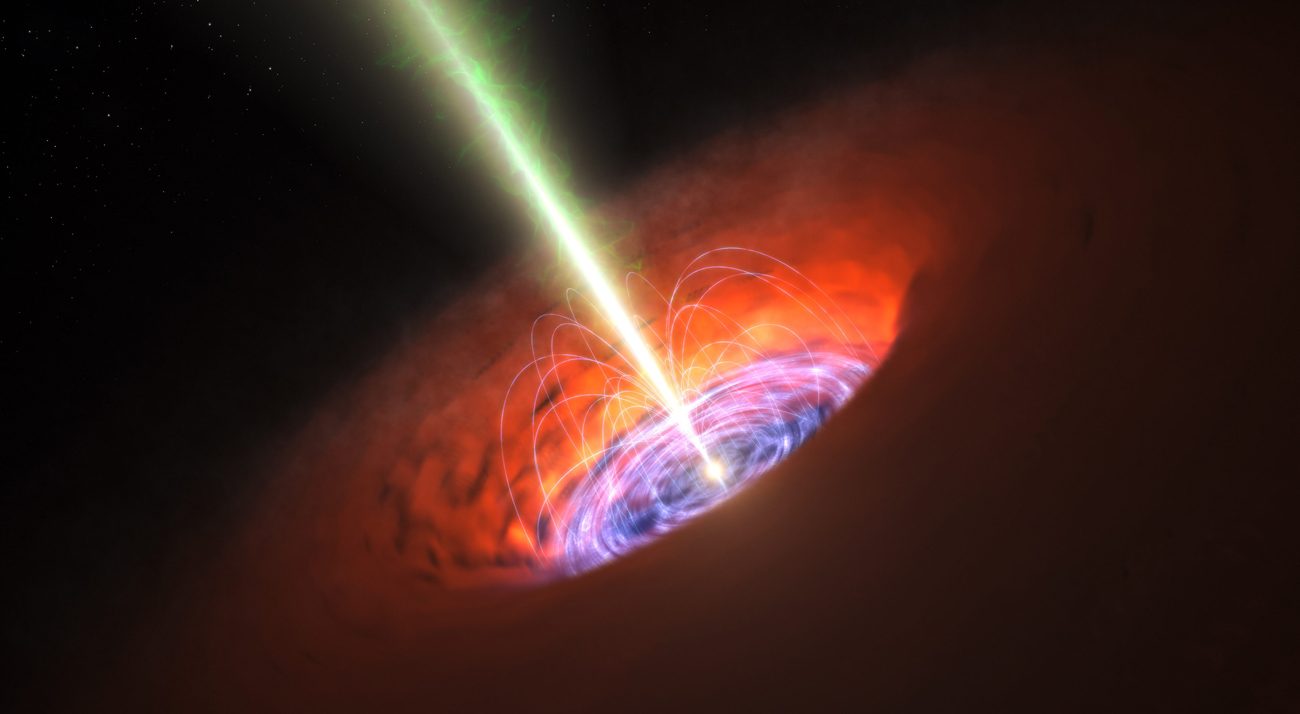 TROY, N.Y. (CNS) — Jesuit Brother Guy Consolmagno, director of the Vatican Observatory, told a crowd at a Troy Catholic Church that “the study of the universe is an act of worship.”

He cited Psalm 139, “O Lord, you have searched me and you know me,” and added: “There are places in the universe we haven’t set foot on yet, and maybe we won’t,” but they are “as much a part of God’s creation” as the earth.

“God is bigger than just what we see around here,” Brother Consolmagno said.

Attendees were visibly moved by the photos he shared of planetary landscapes, moon craters, stars and galaxies. He was quick to note that none of the images were artist’s renderings; close-up photos showed places “we have visited with our machinery and left our footprints.”

The astronomer emphasized the need to see other heavenly bodies as specific places. He shared a clip from a panel discussion televised on C-SPAN after a Mars rover landing in which a mission team member described his awe at seeing photos of the red Martian landscape.

Brother Consolmagno related all of this to faith in his talk Feb. 28 at Christ Sun of Justice in Troy as part of the parish’s annual weeklong Lenten speaker series.

Father Kacerguis told The Evangelist, the newspaper of the Albany Diocese, that he had been shocked when Brother Consolmagno immediately accepted his invitation to participate in Christ Sun of Justice’s Lenten program. 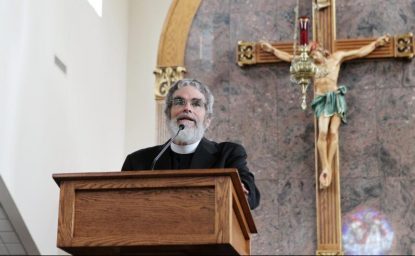 In this file photo, Jesuit Brother Guy Consolmagno, director of the Vatican Observatory, urged an audience at Sts. Peter and Paul Church in Hopkinsville, Ky., Aug. 20 that celestial events such a total solar eclipse are a wonder of God’s creation meant to be enjoyed. Brother Consolmagno was in Hopkinsville to view the Aug. 21 eclipse. (CNS photo/Dennis Sadowski)

The astronomer’s presence was particularly apt because the parish is located on the campus of Rensselaer Polytechnic Institute, where students study ground-breaking science and technology.

Brother Consolmagno had spent the day at Rensselaer, meeting with graduate students, undergrads and members of the physics department and leading a colloquium in the afternoon before delivering his evening Lenten address.

Throughout the talk, photos flashed by on the viewscreen:

— The rocky surface of Venus, captured by a Russian lander that lasted only minutes in the 700-degree, high-pressure atmosphere where sulfuric acid fills the air.

— Io, a moon of Jupiter with a yellow surface covered with erupting volcanoes.

— “Earthrise,” with the earth seen from orbit, coming up from behind the moon.

The canticle was composed in the year 1225, but Brother Consolmagno said its spirit is just as applicable today. He pointed to “Laudato Si’,” Pope Francis’ encyclical on the environment, which expressed similar ideas about respect for creation.

“We are made by God and we are siblings,” the astronomer said. “To exploit nature is to exploit your little sister.”

Brother Consolmagno is a native of Detroit. He shared his own life story, from studying the moons of Jupiter to serving in the Peace Corps, teaching physics and, in 1993, joining the staff at the Vatican Observatory, where he has studied meteorites and asteroids and now serves as director.

Though the observatory’s headquarters are in the papal summer gardens at Castel Gandolfo, south of Rome, much of its work is done on Mount. Graham, northeast of Tucson, Arizona, where the Vatican Advanced Technology Telescope is located.

Brother Guy also has traveled to Antarctica to search for meteorites. He noted that the photos he took there resembled the surfaces of other planetary bodies: harsh, barren landscapes that, nevertheless, have much to reveal about creation.

Even the smallest meteorite cross section — thinner than a human hair — shows incredible crystalline structures, he said, noting “that sense of discovery, that I’ve seen this little thing … it’s like the voice of God behind me, saying, ‘Isn’t this cool?’

“This is what human beings do: You look at the sky and you say, ‘Wow,'” he said. “That’s why we do astronomy: because we are hungering for more than food, and we need to be fed.”

After his talk, Brother Consolmagno told The Evangelist that studying the stars makes the petty problems of life insignificant. “We get so provincial in thinking our problems are the world’s problems. God who created the universe is perfectly capable of taking care of us,” he said.

Recalling the way Americans had newfound appreciation for beauty in the wake of the 9/11 terrorist attacks, the astronomer said that, even in the worst of times, “you look at a sunset (and say), ‘It’s not all bad.’ God is with us. Nature is fundamentally good. I’ve never seen an ugly astronomical image.”

NEXT: A monk in Mongolia: The historic journey of Benedict of Poland