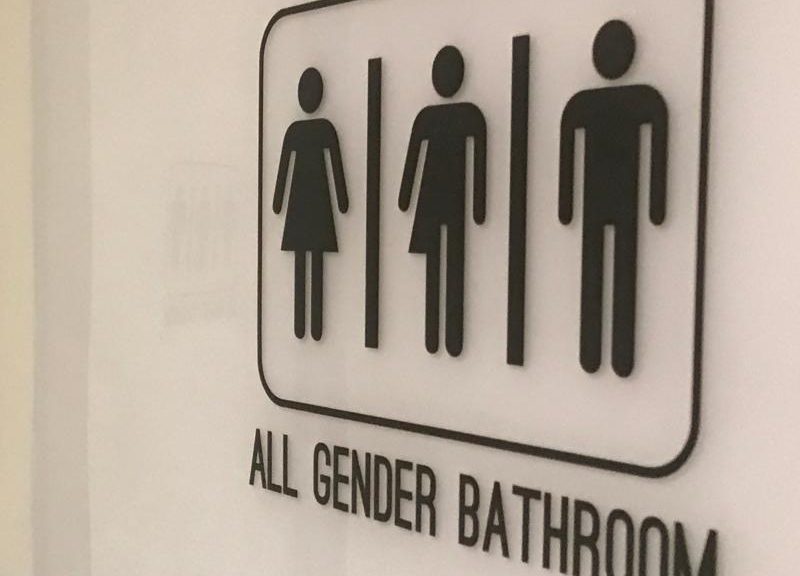 A unisex restroom sign is displayed at a restaurant. Cardinal Vincent Nichols of Westminster suggested that children would find their “greatest joy” by accepting their biological sex rather than selecting a gender of their choice. (CNS photo/John G. Mabanglo, EPA)

Cardinal Vincent Nichols of Westminster suggested that children would find their “greatest joy” by accepting their biological sex rather than selecting a gender of their choice.

Children are not “single, self-determining individuals,” the cardinal told head teachers from the Archdiocese of Westminster at an annual conference, but belonged to a family with “firm points of reference … of vital importance.”

He said Catholic moral teaching in areas of friendship, relationships, family life and human sexuality rested on the foundations of the church’s vision of common humanity rather than on individualism.

“In an age of fluidity, even in gender identity, and at a time when the response to ‘difference’ is to become closed in a self-selecting world of the like-minded and reject that which is different, such foundations are so important,” said Cardinal Nichols in his speech in Ashford, near London.

“They affirm that there are ‘givens’ which come with birth and with solid identities and which project across generations,” the cardinal continued. “They help up keep hold of the reality that we are not single, self-determining individuals, but members of a great family, with all its trials, diversities and struggles, and within that family, not alone, will we find our greatest joy.”

The comments of Cardinal Nichols, president of the Bishops’ Conference of England and Wales, represent the first time he has spoken in public about the new ideology that treats gender as a social construct rather than a biological fact.

They came shortly after a briefing paper was produced by the Anscombe Bioethics Centre, an academic institute serving the Catholic Church in the U.K. and Ireland, in response to Scottish proposals to reform the Gender Recognition Act 2004.

The reforms, which are likely to be copied later this year in England and Wales, will permit any person to change their gender by law simply by self-declaration, sweeping away legal provisions involving assessments for “gender dysphoria” undertaken by doctors over a period of at least two years.

The proposals envisage the right of children to self-declare into a new gender at age 16, when they cease to be minors. Those who are younger will be able to change their gender without parental consent if they appeal to the courts.

The Anscombe paper said children in particular “should not be encouraged or assisted to make life-changing and potentially permanent legal changes of status or medical changes to their bodies.”

In the U.K., increasing numbers of young people have been “self-declaring” genders over the past three years.