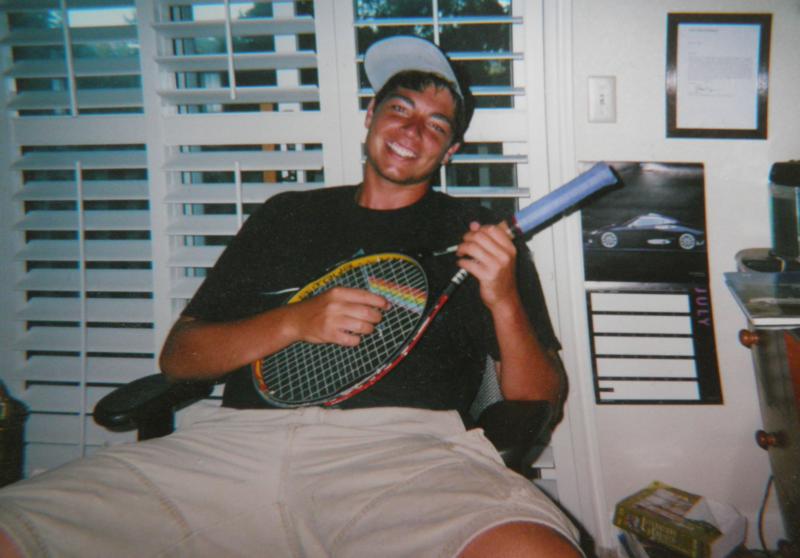 HAMILTON PARK, N.J. — Robert and Eleanor Reiss talked to their son, Bobby, in Palm Beach County, Florida, just two days before he died March 18, 2017, of an overdose of a synthetic opioid.

Their son, living in a halfway house at the time, sounded great, his mother said.

He had been sober for more than a year and had regained the weight he had lost as a heroin addict and opioid abuser.

The Reisses, members of St. Augustine of Canterbury Parish in Kendall Park, will never know exactly what prompted Bobby to relapse. They say it might have been anxiety about their upcoming visit the next month with their younger son, A.J., or the death of a beloved cousin, Joe, four months earlier.

According to the Palm Beach County medical examiner, heroin was not found in Bobby’s system, but carfentanil was. The drug is used in “veterinary medicine as a sedative or anesthetic agent for large animals,” according to the Centers for Disease Control and Prevention.

Robert Reiss was getting ready for work when he opened the front door at 5 a.m. to two uniformed members of the South Brunswick Police Department. They had come to tell him that his 28-year-old son was found dead a few hours before.

“We were in shock. We didn’t cry. We didn’t say anything to each other for hours,” Eleanor Reiss said. “It was like, ‘This is not happening.'”

Bobby’s fate and the struggles faced by families with a member addicted to heroin or opioids is an increasingly shared one in the counties served by the Metuchen Diocese and across the country.

Approximately 175 people die each day nationwide from a drug overdose, according to Saint Peter’s Healthcare System, New Brunswick, which has launched a multidisciplinary effort to help reverse the epidemic of opioid drug abuse and deaths in cooperation with public interest groups and law enforcement agencies in central New Jersey.

Bobby was one of more than a dozen people who died in Palm Beach County of a carfentanil overdose around the same day.

More than 12 hours before his body was discovered, he had been taken to a hospital after a police officer found him convulsing in a parked car on the side of a road. The officer gave him the drug Narcan, which temporarily counteracts the effects of opioids. He was released a few hours later when he was determined not to be a threat to himself or to others. Bobby told the friend who took him home that he had a cold and wanted to sleep it off. At 1 a.m., his body was found during a bed check.

Dr. Susan Brill, chief of adolescent medicine and a member of the opioid task force at Saint Peter’s University Hospital, said that the length of a heroin or opioid high depends on what is used and the size of the dose, but the trouble starts when it wears off. “The withdrawal is so bad that many people, even though they may not be high, can’t stand the withdrawal,” which, Brill said, may include nausea, constipation, diarrhea, vomiting and eye tearing.

After Bobby’s death, the Reisses faced the task of burying their son and picking up the pieces of their shattered lives. They also had to overcome feelings such as anger and blame.

They received spiritual and practical help from their pastor, Father Robert Lynam, and fellow parishioners.

“Father Bob has been a fantastic shepherd for us,” said Robert. They both said parishioners came to their home to offer support and meals.

Robert also said the sacrament of reconciliation was vital to healing, noting that those who may feel it is too late to seek God’s mercy should never lose hope. “A lot of people don’t understand the power of that sacrament,” he added.

As he fought back tears, Robert said it has been difficult to forgive Bobby’s friends and acquaintances who offered him drugs knowing that they were poisonous and deadly, especially a girlfriend who introduced him to heroin.

“I had to give it some time and I had to do some serious soul-searching,” Robert said.

The Reisses believe Bobby’s path to addiction began with medication he took for learning disabilities when he was about 10. “He didn’t like to take it when he was younger because it made him feel funny,” Robert said.

He played tennis in high school and college and may have been introduced to opioids to ease the pain of injuries, Robert said. Because of poor grades, he stopped attending college and worked several jobs over the next several years, including as a tennis instructor.

The Reisses knew something was seriously wrong when Bobby lost a tremendous amount of weight. He was also losing jobs, including teaching tennis, because he was oversleeping.

“He was always a husky boy, well-built,” Robert said. At 26 years old, “he was down to nothing. The doctors tested him and found that he was using drugs. We confronted him and talked about it and tried to work around it.”

A major turning point occurred when Bobby was arrested in 2013 for buying heroin.

“One of the things that we learned” in family support group Nar-Anon, Robert said, is that it is “a good thing” if an addict is arrested because the family will get a court order to have them put in a facility. “They will have a choice — either jail or a facility — which kind of rips the decision out of their hand.” 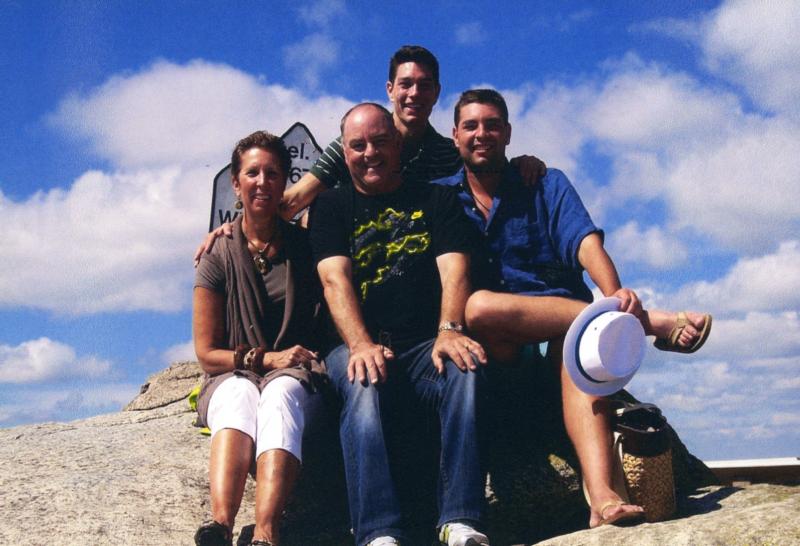 In this 2015 file photo, Eleanor and Robert Reiss pose with their sons, Bobby and A.J., atop Whiteface Mountain in Lake Placid, New York. Bobby died of an overdose of a synthetic opioid March 18, 2017. (CNS photo/courtesy Reiss family via Catholic Spirit)

“With the Holy Spirit’s direction,” the Reisses said they found an interventionist who told them to get Bobby on a plane to a treatment facility in Florida. She talked to Bobby for hours and “finally he committed and we went to the airport the next day,” Robert said.

His parents said he showed a lack of interest in spirituality and he became selfish and impatient asking for money and how soon he would get it. “You raised a child who was more interested in helping others,” Eleanor said, but “by the time we got him out of the house, he had stolen and hocked our jewelry and countless valuables. He opened and maxed out numerous credit cards, we discovered later.”

A year after their son’s death, his parents continue attending Nar-Anon meetings every week.

When asked what advice they would give to a family in similar circumstances, Robert said parents need to recognize telltale signs of addiction and who is susceptible. “They have to understand that parents who subscribe to the ‘boys will be boys’ or ‘we did that when we were kids, what’s the harm in it?’ — that kind of stuff doesn’t fly,” he said.

“We always prayed there could be a glass bubble we could put over him to keep away all of the vipers that were trying to pick away at him. Life finds addicts. They can be standing there and someone will come by and offer a way to get them off their sobriety,” he added.

Getting children involved in activities at their parish, school and community helps them cultivate leadership skills and allows less time to engage in drug or alcohol abuse, he said.

Eleanor now has accepted her son’s death on a spiritual level, but she said the pain will always be there.

She tears up reading a birthday card Bobby sent to her 10 days before he died where he wrote: “Please keep doing what you have always done (to) be the best mom ever. Love you with all my heart.”

“It is unbelievable what kind of a heart he had,” Eleanor said. He “truly believed this, but he just couldn’t stop the drugs. I don’t know why.”

Donahue is associate editor at The Catholic Spirit, newspaper of the Diocese of Metuchen.

NEXT: Dismissal of Catholic House of Representatives chaplain sparks outrage