Conference looks at how to preserve religious orders’ archives 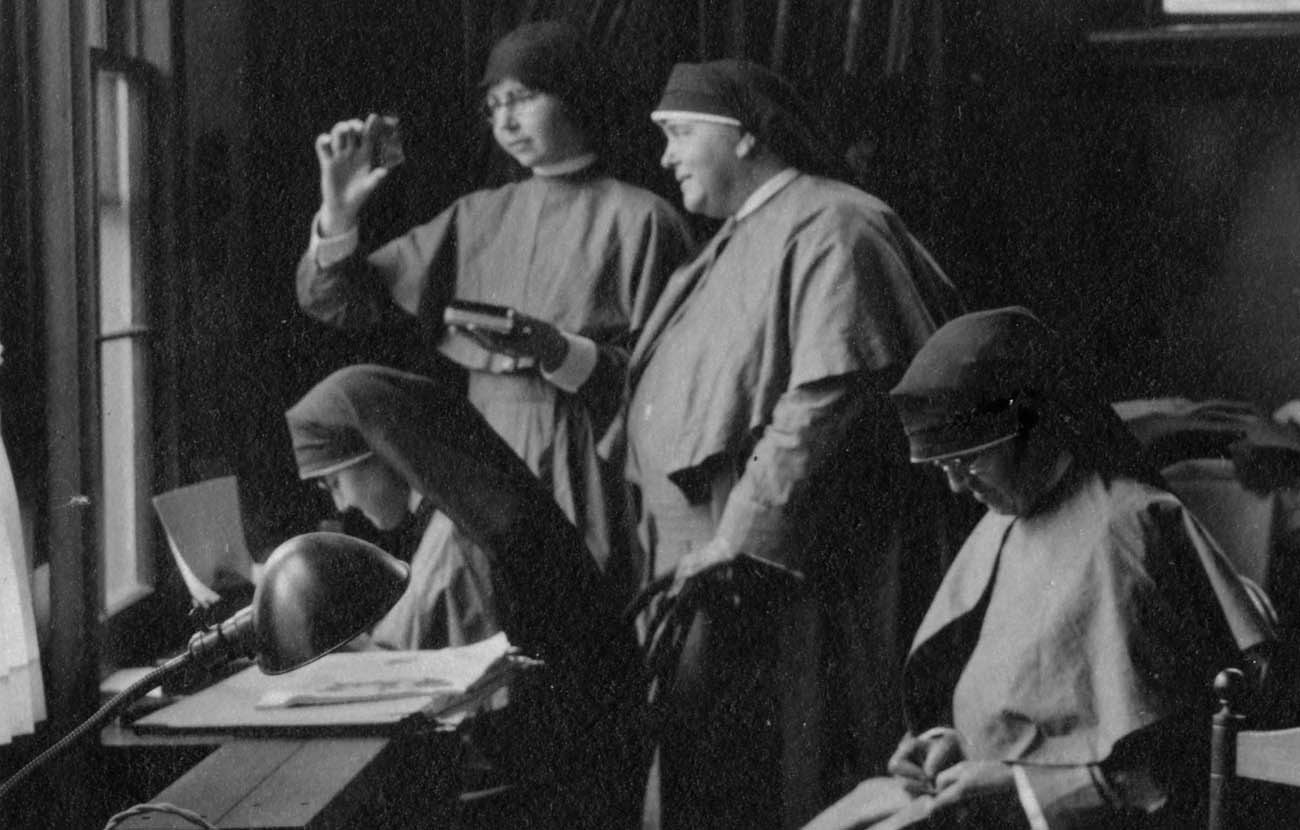 Mother Mary Joseph Rogers, foundress of the Maryknoll Sisters, center right, visits with other Maryknoll sisters in 1925 at work in their art room. This image and many other historical images and all manner of historical materials of U.S. religious orders will be the focus of a working conference titled "Envisioning the Future of Catholic Religious Archives" to be held July 11-13 at Boston College. (CNS photo/courtesy Maryknoll Mission Archives)

WASHINGTON (CNS) — Recorded history typically is the privilege of the famous, powerful and wealthy, and that’s the same for institutions as for individuals. And for the Catholic Church, there’s never been any shortage of preservation of theological documents.

For American religious orders, however, an upcoming conference at Jesuit-run Boston College will address a pressing need — the preservation and archiving of their history, typically of grass-roots assistance of the neediest in rural as well as urban areas.

The focus is on documents going back as far as the early 18th century, as well as audio and visual records from just decades ago.

Or to put it more simply, “what do you do with your stuff? What are the options?” asked Malachy McCarthy, who is province archivist of the Chicago-based Claretian Missionaries USA-Canada Province and a co-chair of the July 11-13 conference. “You normally save only 10 percent of what you create.”

Organizers of “Envisioning the Future of Catholic Religious Archives” describe it as a “working conference” that will bring together leaders of religious communities, archivists and historians to discuss solutions to the challenge faced by religious communities “in preserving and providing access to their archival legacies.”

Material typically goes missing — and quickly — when orders shut down or dwindle sharply in numbers.

“There are a lot of significant parts of Catholicism in the United States, particularly women religious, that don’t have full records,” said Victory Noll Sister Ginger Downey. Her order, Our Lady of Victory Missionary Sisters, based in Huntington, Indiana, was founded in 1922 for “a very specific ministry of catechetics” in areas of the American Southwest where there were few priests or nuns.

“I would love to find someone who would like to do the thread of what catechetics were in the United States,” she told Catholic News Service. “It will be lost if we don’t have someone write this story.”

Sister Downey, who works on the archives for her order, said that what’s missing from Catholic history is always “the day-to-day stuff that happened, not just from hospitals and schools.”

Going through records of individual nuns, she’s found them “running free clinics, starting Catholic charities, writing catechetical texts. And this was in the 1930s. People would be amazed at the stories of how these sisters lived and worked.”

Shortly after the founding of the Victory Noll sisters, a silent film, “In the Service of the Queen” was made to publicize their work. That, too, is now considered lost. “We know people who remember seeing it, but no one knew what happened to it.”

American history is usually caught up in archival records as well, said Margaret McGuinness, a professor of religion at LaSalle University in Philadelphia. “Every convent was required to keep annals, kind of a diary of what happened in any given year. When a school or a convent closed, the annals didn’t always wind up in archives — not by a long shot — but were often thrown away.”

The surviving material can be stunning. “One example is from the Sisters of Our Lady of Christian Doctrine, who worked in South Carolina, although they were based in New York City. The annalist was a gifted writer, and her reflections on President Kennedy’s assassination are amazing,” McGuiness said.

“The final sentence, written on the day of his funeral, which they were able to watch on TV, has stayed with me: ‘We did not have catechism class today.’ A vivid reminder that everything stopped during those awful four days.”

McCarthy is finding that missing records hurt opportunities to tell the history of the church “as the center of immigrant life.”

“Working-class history will be disappeared,” he said. “Otherwise, history will be only what shows up in the papers of the rich and famous.” He’s hoping to find leads on “the history of ethnic neighborhoods that we don’t have anywhere else.” 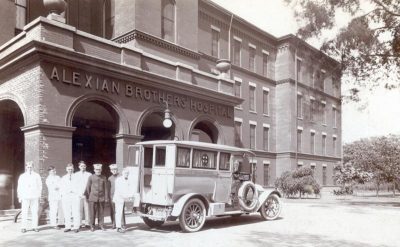 Even more recent ministries, such as an AIDS ministry McCarthy knows of that began in 1989, come up short of documentation that show how the daily operations worked. “Unlike the diocesan clergy, (the religious orders) had the ability to respond more immediately to a crisis.

“You have religious orders always pushing the envelope, and they’re always going to push the envelope.”

Hanging onto, and archiving, recorded history is another matter, even when the documents exist. “Each of these groups works in their own little world. They never think of archives. Very few of them are professional archivists, so they’re overwhelmed.”

The goal of the conference, McCarthy told CNS, “is to listen, really. To see where people are and how we address it. Perhaps a national archives of these records is needed, or perhaps regional (archives).”

“The critical thing to realize,” he added, “is that time is not on our side. Communities are closing yearly. For example, the Resurrectionist Sisters in Chicago are down to 50 sisters.” He also added that the Franciscan Sisters of Chicago in Lemont will soon be “coming to completion.”

Information about the “Envisioning the Future of Catholic Religious Archives” conference can be found here.