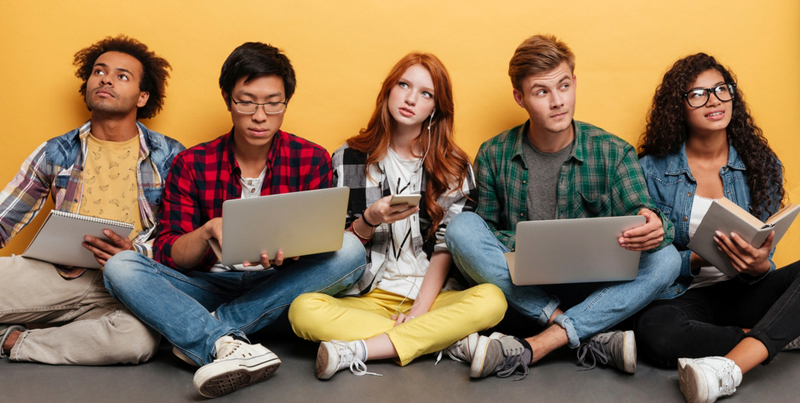 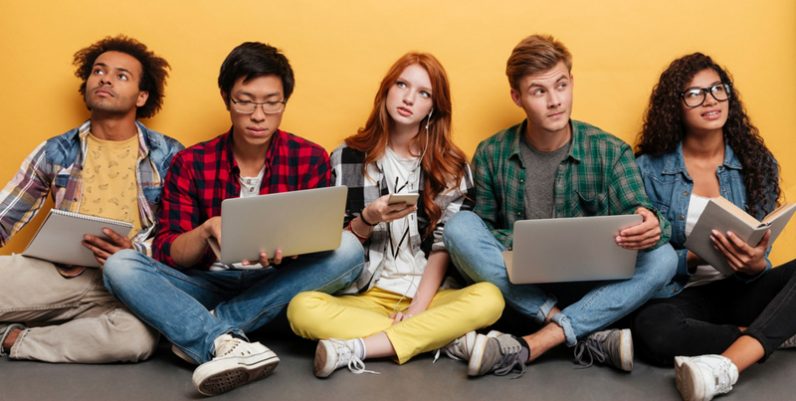 OMAHA, Neb. (CNS) — More than 83 percent of U.S. children ages 12 to 17 use a popular online social media application, Snapchat, at least monthly. But it’s one of the most unsafe apps they use.

That is according to an Omaha organization helping young girls navigate the perils of the digital world — and making a difference for families in the Omaha Archdiocese.

Smart Girl Society teaches students how to be safe online while also helping their teachers and parents guide and protect them, said Amie Konwinski, the organization’s CEO and founder, who previously served in the military and worked in the technology industry.

For Christie and David Huggins, members of Christ the King Parish in Omaha, the organization’s presentation for parents at their parish school in late February was eye-opening.

“It’s kind of a scary topic,” Christie Huggins told the Catholic Voice, Omaha’s archdiocesan newspaper. “Even when you’re vigilant about what your kids are seeing, things change so quickly.”

Konwinski, a member of St. Stephen the Martyr Parish in Omaha, founded the organization three years ago with a goal of reducing objectification and sexualization of girls and women by encouraging smart online practices.

“What we’ve seen is that through social media and kids having smartphones in their pockets — ‘the peer in the pocket’ — their number-one influencer is in their pocket and in their face all the time,” she said. “Kids have an average of 10 hours and 45 minutes of screen time per day, including social media, TV and schoolwork.”

“We’ve seen a rise in the last five to 10 years, since social media has become prevalent, to the highest rates of suicide and self-harm,” she said. “One in five girls will have a major depression disorder every year.”

Through its presentations to fourth- through 12th-grade students, Smart Girl Society teaches children how to be savvy and responsible in the use of social media, establishing their “digital branding” to represent themselves authentically online, and focusing on safety, privacy and content so their online presence doesn’t become something they will regret later.

The biggest emerging issue is self-made child pornography, with 25 to 40 percent of children sending such photos — a practice called “sexting” — Konwinski said. “So, when we talk to students, we tell them, ‘Only share pictures you would want your mom to see.’ But if they make a mistake, we try to give them hope and show them how to hit the ‘reset button.'”

She reminds parents that they have a right and responsibility to monitor their children’s use of social media.

In addition to holding about 20 educational workshops at elementary and high schools per month in the Omaha area, Smart Girl Society also conducts research into developments in social media and provides online resources for parents at smartgirlsociety.org.

The organization allows boys to hear their presentations, Konwinski said. “The boys seem to get it,” she said, and show an appreciation for respecting their female counterparts.

For the Huggins family, with two daughters at Christ the King School, and one at Mercy High School in Omaha, learning about the many social media apps young people use helped them set appropriate restrictions on their daughters’ devices and remove some apps.

“What we learned about Snapchat surprised us,” Huggins said. “We learned that there are not a lot of restrictions on that app, and it is not well monitored.”

The app, which facilitates sharing of photos, claims that images only appear for a few seconds and then disappear, giving users a “false sense of security,” Huggins said.

“But if you receive that picture, you can take a quick screenshot and it now exists permanently and can be forwarded anywhere,” she said. “It can be abused very easily.”

They also learned that Snapchat, along with Roblox, an online multiplayer game, are three of the most unsafe apps with potential for inappropriate content. So they removed them from their children’s devices.

Two of the Huggins’ daughters — fifth-grader Lucinda and eighth-grader Elizabeth — attended a Smart Girl Society presentation during the school day at Christ the King School in early February.

Helping children and families has become a ministry for Konwinski.

Through a turbulent childhood, growing up with no religious background and subjected to mental abuse by her stepfather, Konwinski said the Holy Spirit protected her heart and led her to become Catholic at age 24.

Now with a husband and five daughters, she said: “I’ve received so many blessing in my life, I wanted to give something back to the community.”

PREVIOUS: Something for (almost) everyone in omnibus budget package