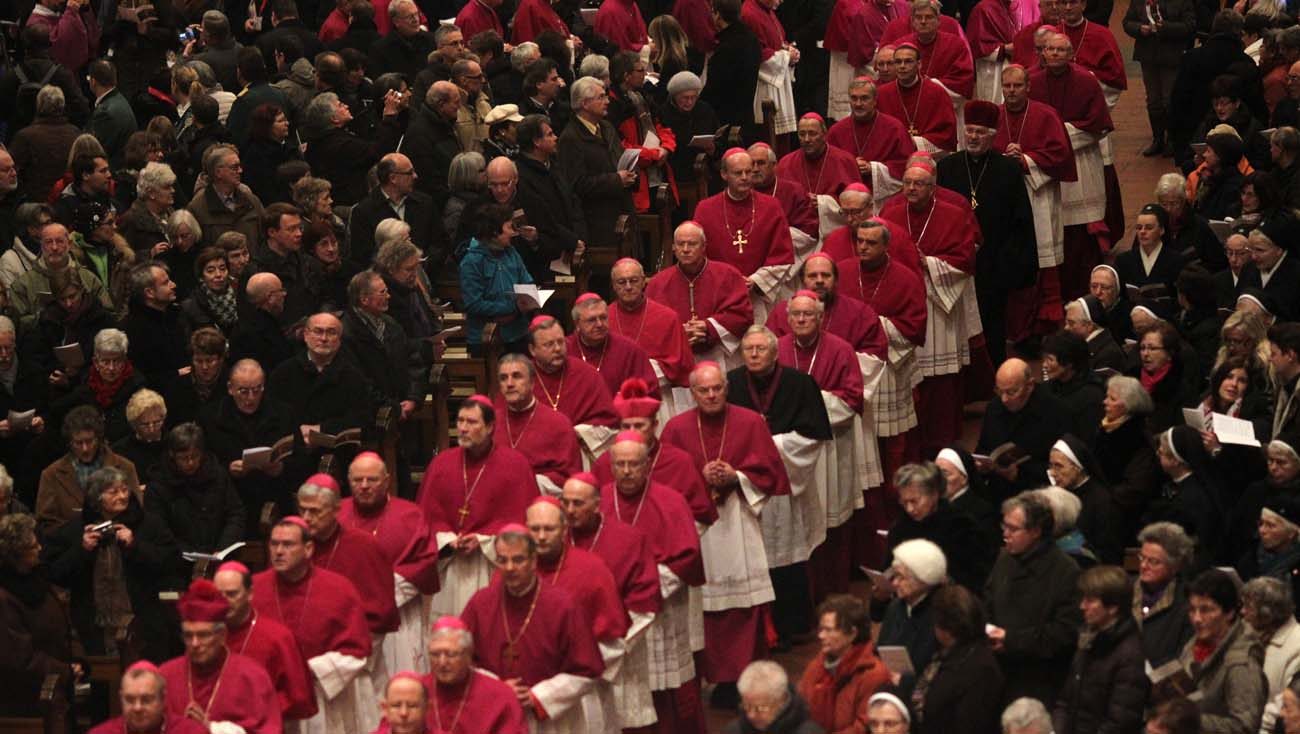 VATICAN CITY (CNS) — Pope Francis has asked the president of the German bishops’ conference to come to Rome to discuss pastoral guidelines for possibly allowing some non-Catholics married to Catholics to receive the Eucharist, the conference spokesman said.

Reports that “the document was rejected in the Vatican by the Holy Father or by the dicasteries are false,” said Matthias Kopp, the conference spokesman.

Cardinal Reinhard Marx, conference president, had announced Feb. 22 at the end of their plenary meeting that three-quarters of the German bishops approved the development of pastoral guidelines for determining situations in which a non-Catholic spouse married to a Catholic could receive Communion.

The cardinal said that “the background is the high proportion of mixed marriages and families in Germany, where we recognize a challenging and urgent pastoral task” to determine if and under what circumstances couples of different denominations who regularly go to church together can receive the Eucharist together.

The possibility, he had said, would require a discussion with the pastor or a designated member of the parish staff to ensure that the non-Catholic receiving Communion “could confess the eucharistic faith of the Catholic Church.”

“This assistance will give help in concrete cases of mixed-denomination marriages and create a greater clarity and security for pastors and married people,” the cardinal had said.

About a month later, however, seven German bishops, including Cardinal Rainer Maria Woelki of Cologne, sent a letter to Archbishop Luis Ladaria, prefect of the Congregation for the Doctrine of the Faith, and Cardinal Kurt Koch, president of the Pontifical Council for Promoting Christian Unity, asking for confirmation of their belief that a bishops’ conference does not have the authority to expand permissions for non-Catholics to receive Communion.

In general, Catholic teaching insists that sharing the sacrament of Communion will be a sign that Christian churches have reconciled fully with one another, although in some pastoral situations, guests may be invited to the Eucharist.

During Pope Francis’ visit to Sweden in 2016, Cardinal Koch, the Vatican’s chief ecumenist, was asked about the situations in which such sharing would be permitted. In reply, he said a distinction must be made between “eucharistic hospitality for individual people and eucharistic communion.”

The term hospitality is used to refer to welcoming guests to the Eucharist on special occasions or under special circumstances, as long as they recognize the sacrament as the real presence of Christ. Eucharistic communion, on the other hand, refers to a more regular situation of the reception of Communion by people recognized as belonging to the same church family, he had said.