Pope to host ecumenical prayer for peace in the Middle East 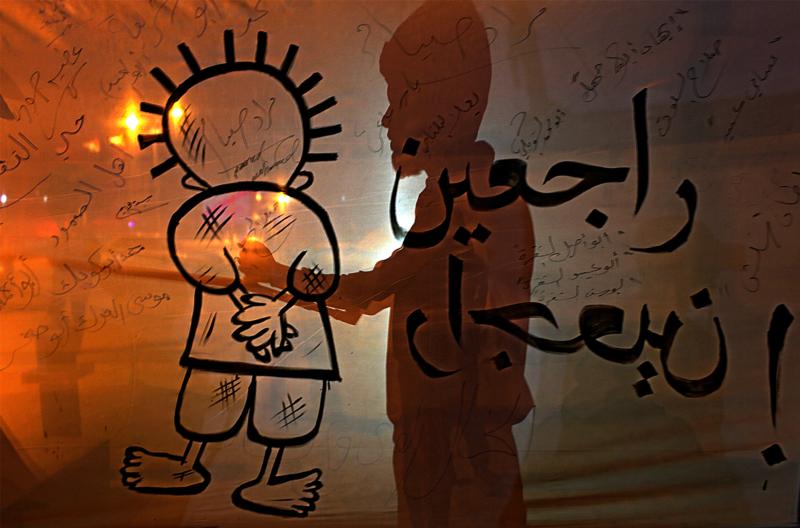 A Palestinian protester is seen at a tent near the Israel-Gaza Strip boarder April 17. The Arabic script reads, “We will return.” (CNS photo/Mohammed Saber, EPA)

VATICAN CITY (CNS) — Pope Francis will travel to Bari, the southern Italian Adriatic port city, July 7 to host a day of reflection and ecumenical prayer for peace in the Middle East.

The pope intends to invite the heads of Christian churches and communities in the Middle East to join him, the Vatican said April 25, announcing the pope’s plans. The Vatican did not release a list of those who would be invited.

Describing Bari as a “window to the East” and noting that it preserves the relics of St. Nicholas, venerated by both Catholics and Orthodox, the Vatican said the pope chose the city as an appropriate place to reflect on and pray about “the dramatic situation in the Middle East, which afflicts so many brothers and sisters in the faith.”

The ongoing violence in Syria obviously is one of the top concerns and an issue for which Pope Francis has made repeated appeals. Reciting the “Regina Coeli” prayer April 15 with people gather in St. Peter’s Square, he said he was “deeply disturbed by the current world situation, in which, despite the instruments available to international community, it struggles to agree on joint action in favor of peace in Syria and other regions of the world.”

Pope Francis had asked Christians around the world to set aside Feb. 23 as a day of fasting and prayer for an end to violence and conflict, especially in South Sudan and in Congo.

He had called for similar days of prayer and fasting for peace in Syria in 2016 and in 2013.

In June 2014, Pope Francis invited then-Israeli President Shimon Peres and Palestinian President Mahmoud Abbas to the Vatican for an interreligious “invocation for peace” in the Holy Land. Ecumenical Patriarch Bartholomew of Constantinople also participated in the meeting.