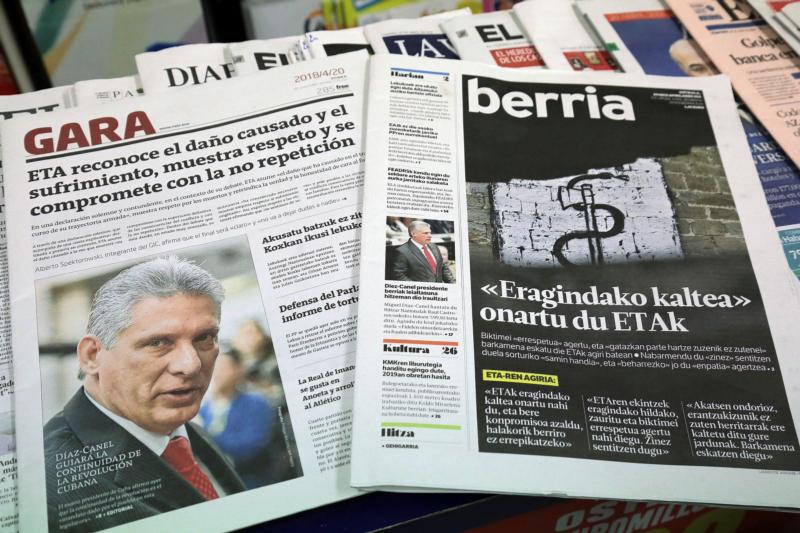 MADRID (CNS) — Spanish church leaders welcomed a statement by the Basque separatist organization, ETA, apologizing to its victims and declaring an end to its armed struggle.

The ETA statement, published in Basque newspapers April 20, said it regretted the harm caused by its violent campaign for an independent homeland.

“We thank God this terrible nightmare of blood and horror is now over — and we should congratulate ourselves on this victory for the Spanish people’s democracy,” said Father Jose Maria Gil Tamayo, spokesman for the Madrid-based bishops’ conference.

“No idea can justify terrorism, which is always perverse in origin and essence, and nothing and nobody can justify the death of innocents, of whom there are a long list in this case,” he added.

The priest told an April 20 news conference that effective reconciliation would require “difficult, costly, lengthy and most demanding work,” since suffering would not “end with a declaration.”

“The church has received from Jesus Christ the vocation to be an instrument of peace and justice, consolation and reconciliation, and throughout these years, many men and women of the church have given their best in this task, sometimes heroically,” Archbishop Francisco Perez of Pamplona said in a joint message with the bishops of Bilbao, San Sebastian and Vitoria, as well as the French Bishop Marc Aillet of Bayonne.

“But we know there have also been acts of complicity, ambiguity and omission among us, for which we sincerely ask forgiveness. As followers of Jesus of Nazareth, we are aware that we are called to a permanent attitude of conversion, humbly serving the truth and welcoming those wishing to embark on a new path.”

Spain’s bishops previously have threatened to excommunicate members of ETA, which killed more than 800 people after launching its separatist campaign in the 1960s during the dictatorship of Gen. Francisco Franco, when the Basque language and culture were suppressed.

Observers have cautioned that ETA has broken previous pledges and agreements, and has also demanded the freeing of hundreds of imprisoned Basque militants, including top-ranking figures from the leadership of Herri Batasuna, a banned Basque political party co-led by a Catholic priest.

PREVIOUS: As South Sudan war drags on, churches do their best to help displaced