The church, like a bike, balances best when in motion, pope says 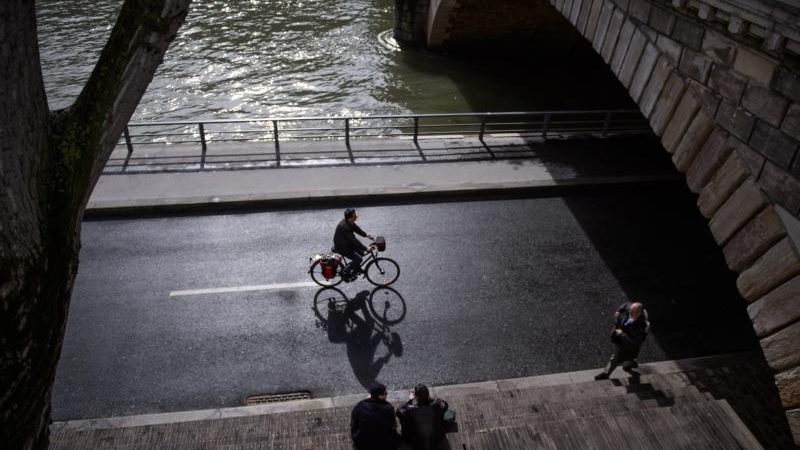 VATICAN CITY (CNS) –The church is like a bicycle — it stays upright as long as it keeps moving, Pope Francis said.

The first disciples “were not a closed group of the elect, but a missionary church,” boldly undertaking new initiatives prompted by the Holy Spirit, the pope said April 24 during his early morning Mass in the Domus Sanctae Marthae.

“In fact, the equilibrium of the church, so to speak, is found precisely in its mobility, in fidelity to the Holy Spirit,” the pope said.

“Someone once said that the equilibrium of the church is like balancing a bicycle: it’s stable and goes well when it is moving. When you stop it, it falls,” Pope Francis said in his homily.

In the Bible, the Holy Spirit can evoke two diametrically opposed reactions: openness and closure, the pope said. Openness is what defines the disciples and the apostles.

The “doctors of the law” in the Gospel of John, on the other hand, are an example of the problems that occur with a close-minded approach.

“They had received a law that was life, but they ‘distilled’ it, they transformed it into an ideology and so they toss and turn it and are unable to move forward,” Pope Francis said. “Anything new for them is a threat.”

However, the pope acknowledged that not all new things are good. At the end of his homily, he prayed that God would grant Catholics “the grace of knowing how to resist that which we must resist, that which comes from the evil one, that which deprives us of our freedom.”

“May we know how to open ourselves to new things, but only those that come from God,” he prayed. “May he grant us, with the strength of the Holy Spirit, the grace to discern the signs of the times in order to make the decisions that we need to make in that moment.”

NEXT: Imprisoned clergy of Dachau remembered for fearless faith